Trump hints at crossing into North Korea if he meets Kim 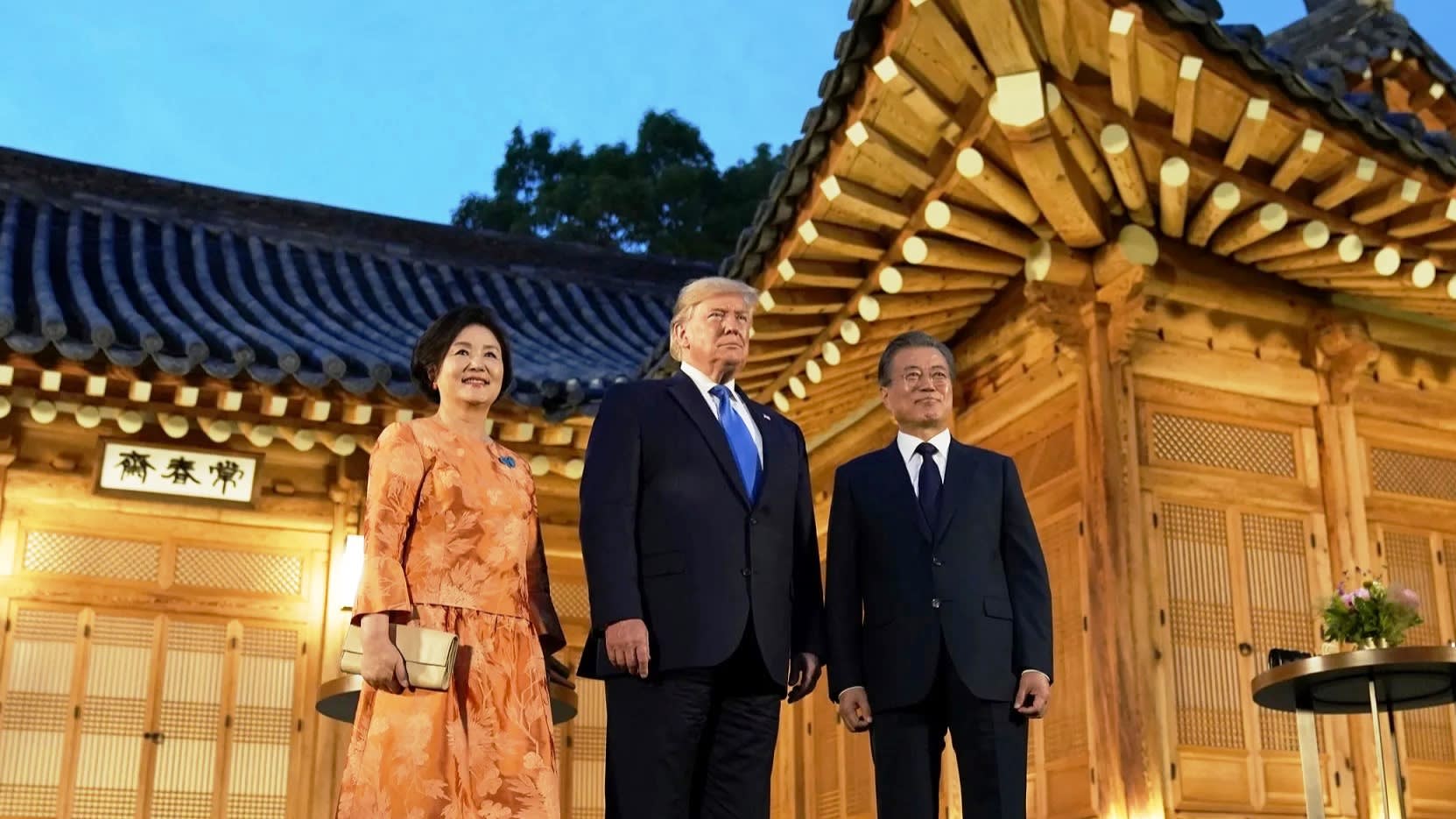 TOKYO -- U.S. President Donald Trump stunned observers with his sudden suggestion that he could meet with North Korean leader Kim Jong Un Sunday at the demilitarized zone dividing the peninsula, and may even cross the border, reviving hopes of Pyongyang's denuclearization. But the two sides still remain far apart on fundamental issues and progress seems as unlikely as ever.

Trump made the surprise announcement via Twitter Saturday morning while attending the Group of 20 summit in Osaka. "While there, if Chairman Kim of North Korea sees this, I would meet him at the Border/DMZ just to shake his hand and say Hello(?)!"

North Korea was uncharacteristically quick to reply. By the afternoon, Vice Minister Choe Son Hui said via the state-run Korean Central News Agency: "We see it as a very interesting suggestion, but we have not received an official proposal."

When asked Sunday evening at a news conference whether he would cross the border into North Korea, Trump responded: "Sure, I would. I would feel very comfortable doing that. I would have no problem."

He said that North Korea had contacted the U.S. side since the tweet. "We got a call very quickly," Trump said. "Kim Jong Un was very receptive."

Trump is scheduled to hold discussions with South Korean President Moon Jae-in and then visit the DMZ. Trump aims to restart the stalled denuclearized talks, something that he hopes to tout as a win to U.S. voters.

The proposal seems likely to be a boost to Kim, whose country has been under the weight of international sanctions. When February's second summit with Trump in Hanoi ended without an agreement to end North Korea's nuclear program, Kim has been keen to continue top level talks.

Kim is looking for quick relief on sanctions. The U.S. maintains its stance that sanctions relief will only come on complete denuclearization, but North Korea hopes to find an opening for some relief on partial measures.

Many believe that Kim's hold on power will erode the longer the crippling sanctions drag on. If the meeting with Trump is realized, Kim can tout his own good relations with the American president for his domestic audience, brandishing once again the prospects of a diplomatic victory.

But there is no guarantee that the resumption of talks will proceed as the two leaders hope. Distrust on the both sides is mutual and remains intact. Referring to statements made by U.S. Secretary of State Mike Pompeo about Pyongyang's human rights record and the impact of U.S. sanctions, the Korean Central News Agency said Wednesday, "It would be difficult to look forward to the improvement of bilateral relations and denuclearization of the Korean peninsula as long as American politics are dominated by the policymakers who have an inveterate antagonism (toward North Korea)."

North Korea has already asked that Pompeo be replaced in talks and also punished some members of its negotiating team for the Hanoi summit's failure. With preparations for working-level negotiations not in place, the prospect of a formal third-level summit looks as far off as ever.