US to cancel summer drills with South Korea

Trump hopes to extract concessions from North Korea on denuclearization 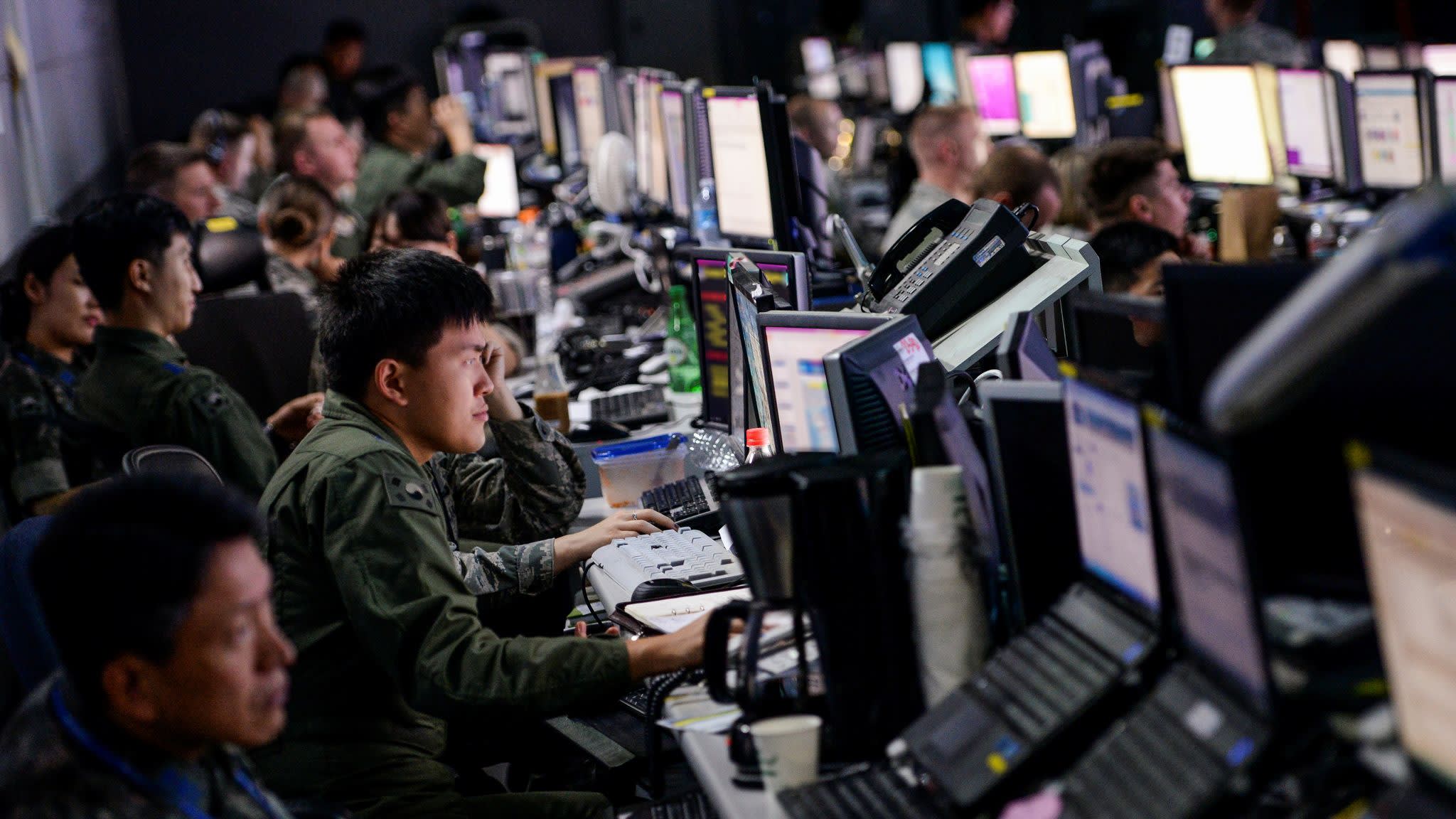 The U.S. is preparing to cancel annual drills that use computer simulations to prepare American and South Korean troops for a contingency on the Korean Peninsula.   © Reuters

SEOUL/BEIJING -- The U.S. is planning to cancel joint military drills with South Korea planned for August as dialogue with North Korea proceeds, hoping the move will encourage Pyongyang to make concessions on denuclearization.

The Department of Defense has apparently notified the defense ministries in Seoul and Tokyo that the annual Ulchi Freedom Guardian drills are off. An official announcement is expected shortly.

U.S. President Donald Trump said after his Tuesday summit with North Korean leader Kim Jong Un that America would halt "war games" with the South as long as dialogue with the North is in progress. The exercises, which include computer simulations carried out in a large bunker, give the U.S. and South Korean militaries a chance to rehearse joint command in the event of a contingency on the Korean Peninsula.

"I believe we should give major exercises a pause to see if Kim Jong Un is serious on his part in the negotiations," said retired Adm. Harry Harris, Trump's nominee as ambassador to South Korea, in a Senate Foreign Relations Committee hearing on Thursday. Harris observed last year's exercises as head of the U.S. Pacific Command.

North Korea has demanded for years that the U.S. put an end to the drills, calling them a rehearsal for invasion of the North. Pyongyang has traditionally put troops on high alert during U.S.-South Korea exercises, stationing soldiers on the front lines in case the allies actually attack. In response to last year's drills, the North warned the U.S. not to forget that it was watching closely with "fingers on triggers, ready to pour a fire shower of penalties at any time." Those exercises included a decapitation strike scenario targeting the North Korean leadership and high-grade weaponry such as stealth fighters and strategic bombers.

The expense of frequent mobilization has started weighing heavily on the North, as international sanctions have devastated its economy. Washington believes canceling the exercises will make Pyongyang more willing to commit to concrete steps toward denuclearization when senior officials meet as soon as next week. U.S. Secretary of State Mike Pompeo has said sanctions will remain in place until that process is complete.

Kim is now shifting focus to the economy. North Korean troops have been put to work on major construction projects -- a sign of what may be to come if tensions ease on the Korean Peninsula.

An analogous military retreat by the U.S., however, could severely disrupt the balance of power in East Asia. Trump suggested Tuesday that America might draw down its military presence on the Korean Peninsula in the future, or even withdraw troops entirely.

China welcomed the suspension of military drills, having previously suggested such a halt in exchange for a suspension of North Korean weapons testing. The development "shows that China's initiative is logical and feasible," Foreign Ministry spokesman Geng Shuang said Wednesday.

Moon Chung-in, a special adviser on foreign relations to South Korean President Moon Jae-in, said in a news conference Friday that a temporary halt in military exercises does not mean the U.S. military will withdraw from South Korea. The two countries suspended drills in 1992, and again in 1994 after the U.S. and North Korea reached a framework agreement that would have had Pyongyang halt its nuclear program. After that deal broke down, they resumed exercises in a different form.