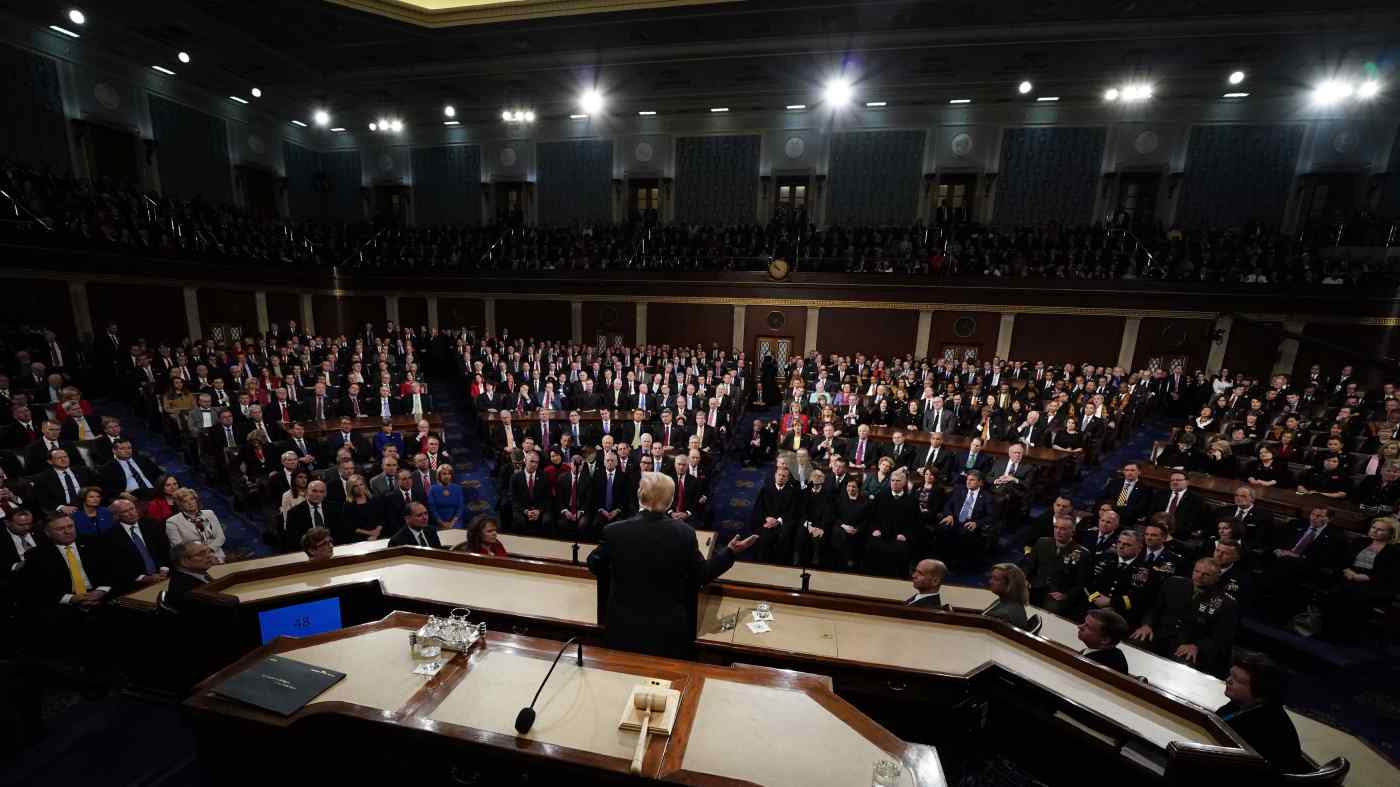 TOKYO -- U.S. President Donald Trump openly called the North Korean regime a "cruel dictatorship" and China an "economic rival" in his first State of the Union address on Tuesday -- phrases that could raise tensions that are already running high.

"As we strengthen friendships around the world, we are also restoring clarity about our adversaries," said Trump. "No regime has oppressed its own citizens more totally or brutally than the cruel dictatorship in North Korea."