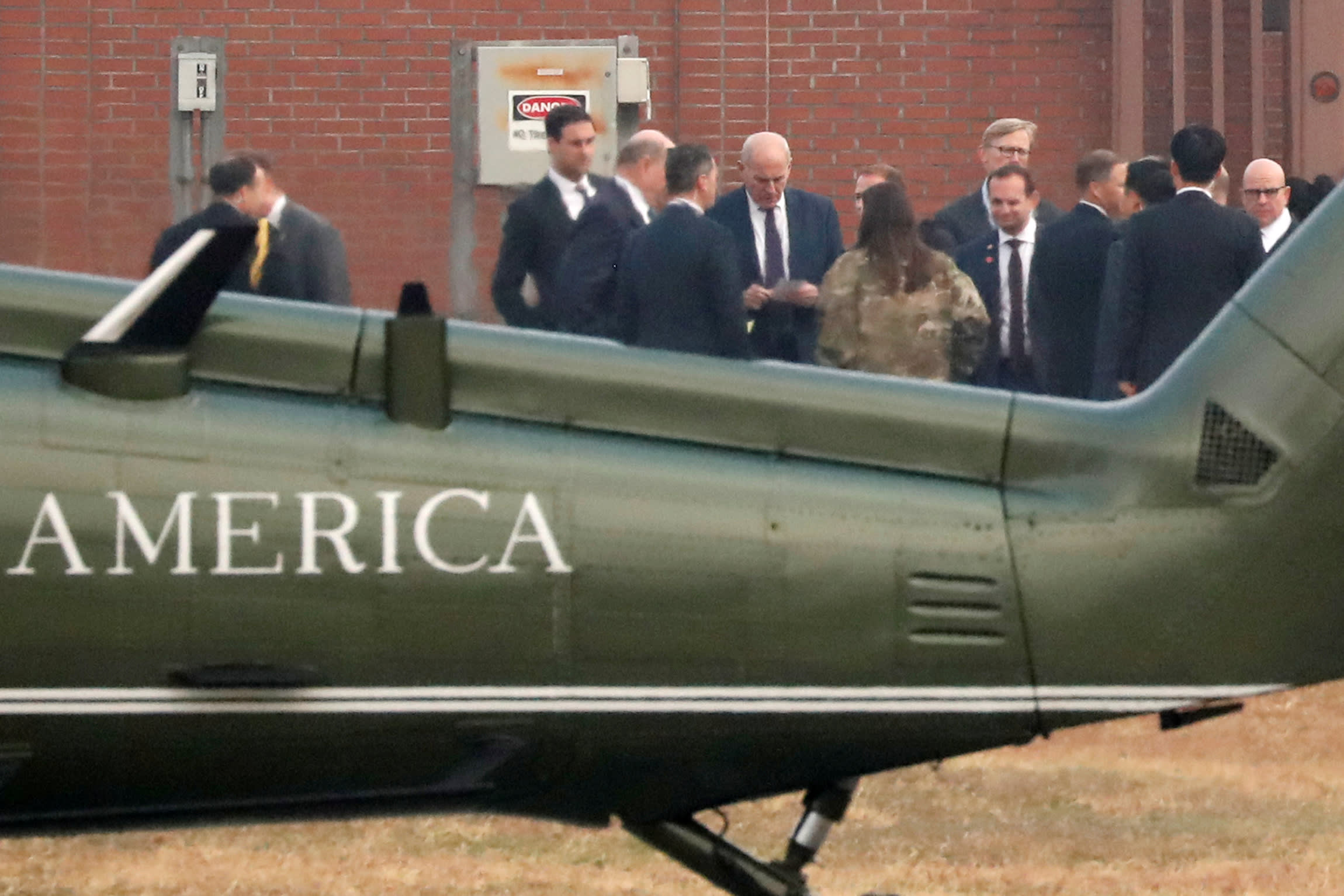 The helicopter carrying U.S. President Donald Trump to the DMZ was forced to turn back due to bad weather on Nov. 8.   © Reuters
Politics

US president turns back due to bad weather

Trump was on board Marine One en route to the DMZ in the early morning, but the helicopter was forced to turn back just a few minutes before landing. The visit was not part of the president's official itinerary.

White House spokeswoman Sarah Sanders said that Trump was accompanied by members of the press and support helicopters were also present.

South Korean media reported that President Moon Jae-in was waiting at the heavily armed border to accompany Trump during the visit, quoting unnamed sources in the Blue House. The presidential office has yet to make any confirmation.

Cable news channel YTN reported that Moon had suggested Trump visit the DMZ as a display of the strength of the two countries' alliance. There have been no provocations from Pyongyang during the U.S. president's visit to Seoul.

Trump is set to make a speech at the National Assembly in the morning, before heading to China in the afternoon.

At a news conference Tuesday, Trump offered the North Korean regime the chance to come to the negotiating table to discuss ways to end its nuclear and missile programs.