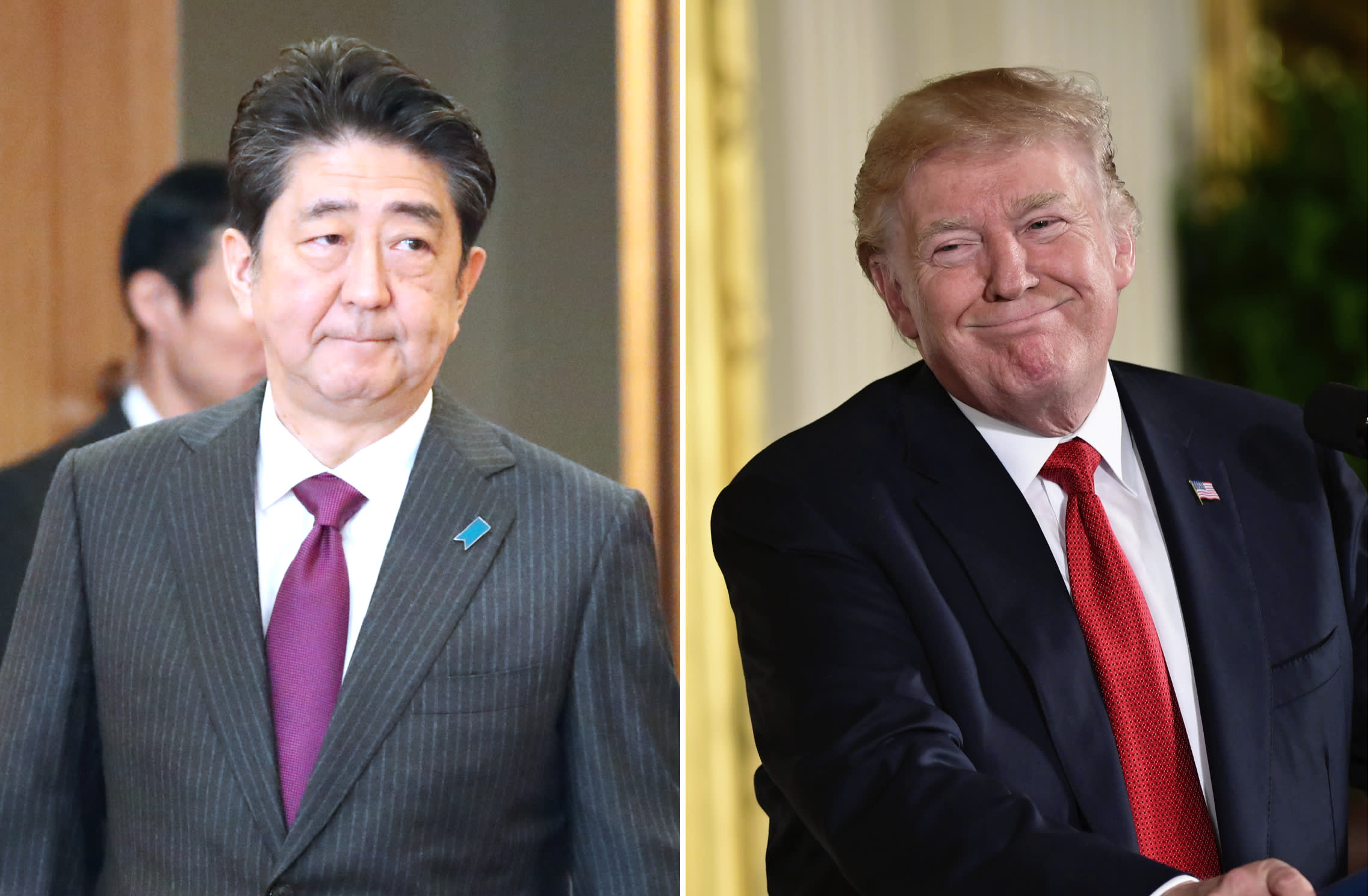 TOKYO -- Japan plans to play up the cozy relationship between Donald Trump and Prime Minister Shinzo Abe when the U.S. president visits next month, hoping to use the unity between "Shinzo and Donald" to spur China and Russia to action on Pyongyang.

With the regional security situation -- including North Korea -- growing even worse, this will be a golden opportunity to show the strength of the Japan-U.S. alliance to the world, Chief Cabinet Secretary Yoshihide Suga told reporters Tuesday.

Trump is not the first American leader to be on first-name terms with his Japanese counterpart, a sign of friendship in etiquette-conscious Japan. Ronald Reagan and Yasuhiro Nakasone famously addressed each other as "Ron" and "Yasu." George W. Bush and Junichiro Koizumi were often spoken of as a unit as well.

Over their months in office together, "Shinzo and Donald" have been largely responsible for the recent efforts to punish North Korea in response to its nuclear and missile provocations.

Trump will arrive in Tokyo on Nov. 5 as the first leg of an Asian tour -- a choice with diplomatic significance, a senior Japanese Foreign Ministry official noted. The visit will kick off with a round of golf with Abe and professional player Hideki Matsuyama. The president will hold a more formal meeting with Abe the following day, as well as speak with families of Japanese nationals abducted by North Korea. He may also visit a Japanese destroyer to underscore closer military ties between the two allies.

Trump will leave Japan on Nov. 7 for South Korea, where he will meet with President Moon Jae-in. The U.S. leader is also slated to address the National Assembly regarding the bilateral relationship, including tensions on the Korean Peninsula.

On Nov. 8, Trump will visit China and counterpart Xi Jinping, with the North Korea situation topping the agenda. He could press Xi to accept the possibility of U.S. military action on the Korean Peninsula -- a prospect the Chinese president does not relish. What alternative Xi might propose is a point of particular interest.

The focus will shift to multilateral diplomacy from Nov. 10 with such events as an Asia-Pacific Economic Cooperation meeting in Vietnam. Trump will call on Southeast Asian countries that maintain diplomatic relations with North Korea to implement sanctions. Abe will meet with Xi and Russian President Vladimir Putin during the APEC gathering to seek their cooperation on containing Pyongyang.