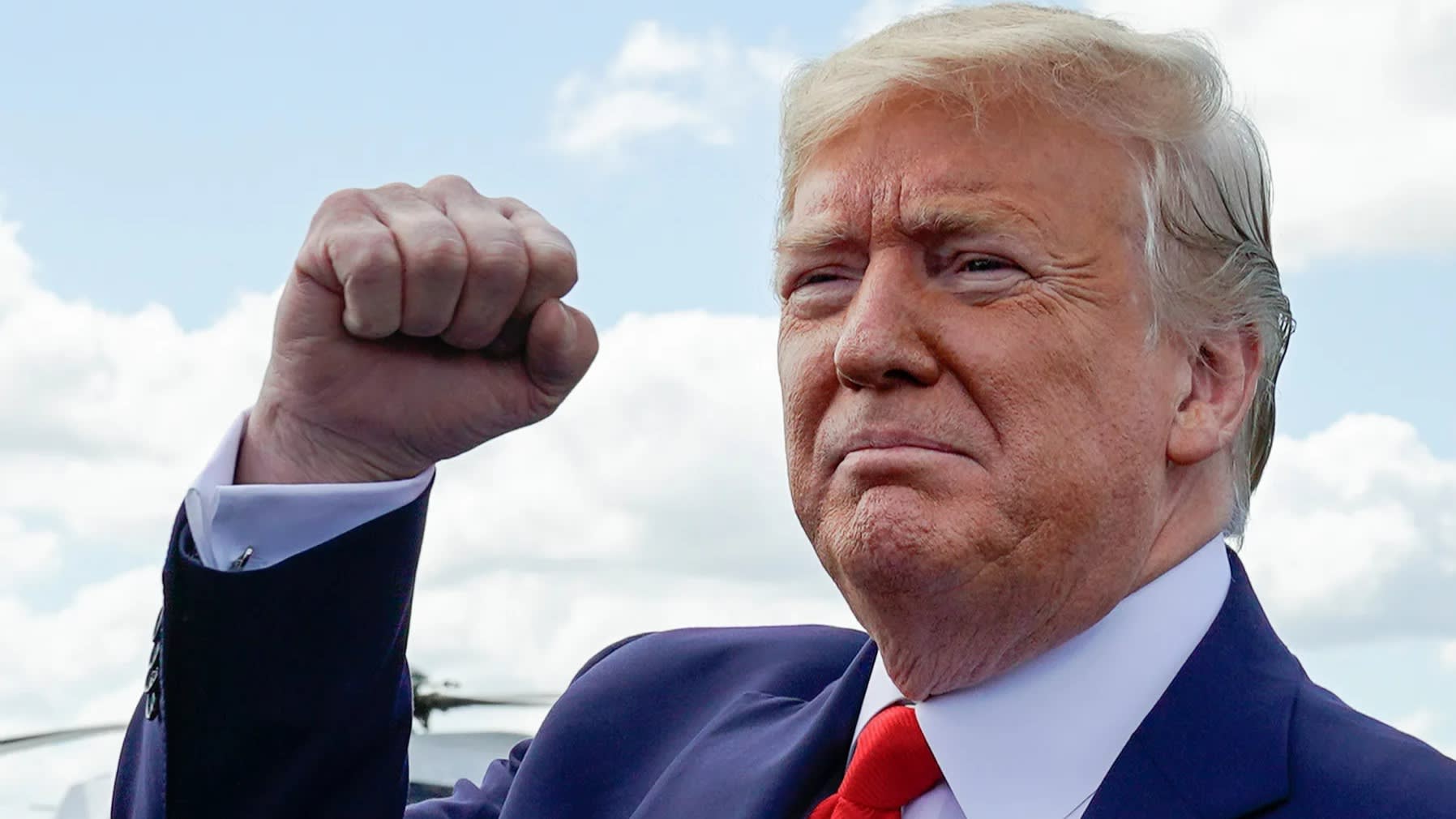 U.S. President Donald Trump pumps his fist at a crowd on the tarmac as he arrives at Ocala International Airport in Ocala, Florida, on Oct. 3.   © Reuters

NEW YORK -- U.S. President Donald Trump signaled Thursday that he may ask Chinese President Xi Jinping to probe the dealings of former Vice President Joe Biden's son in China, opening a new front in his battle with the Democrats.

Asked by reporters on the White House lawn about his controversial July phone call with Ukrainian President Volodymyr Zelenskiy, in which Trump has been accused of soliciting a foreign government to torpedo Joe Biden's 2020 presidential candidacy, Trump reiterated that Ukraine should "start a major investigation into the Bidens."

"And, by the way, likewise, China should start an investigation into the Bidens, because what happened in China is just about as bad as what happened" with Ukraine, he said.

A whistleblower complaint about the Ukraine call recently led congressional Democrats to open an impeachment inquiry into Republican leader Trump.

On whether he had raised the Biden issue with Xi, Trump replied: "I haven't, but it's certainly something we can start thinking about. Because I'm sure that President Xi does not like being under that kind of scrutiny, where billions of dollars is taken out his country by a guy that just got kicked out of the Navy," he said, referring to businessman Hunter Biden, the ex-vice president's son.

Trump and allies have been looking into the son's dealings in China, which center on Bohai Harvest RST, or BHR, a private equity fund he and partners established in late 2013.

Beijing-based BHR is a joint venture whose partners include Rosemont Seneca, of which Hunter Biden is a founding partner, and Bohai Industrial Investment Fund Management, which counts such state-owned institutions as Bank of China as shareholders.

Hunter flew on Air Force Two in 2013 to accompany his father on a trip to China. BHR began operations less than two weeks after.

Last month, Trump alluded to alleged backdoor dealings in China by the younger Biden. "When Biden's son walks out of China with $1.5 billion in a fund, and the biggest funds in the world can't get money out of China, and he's there for one quick meeting, and he flies in on Air Force Two, I think that's a horrible thing," he said while in New York for the United Nations General Assembly.

Hunter Biden's dealings in China have been a focus of attention in Republican circles for a while. Former Trump chief strategist Steve Bannon told Nikkei in April that "Joe Biden immediately has to come clean" about his relationship with the Chinese Communist Party, "his son's relationship, this private equity fund they have that's funded by the Bank of China."

Biden did not receive equity in BHR until after his father's vice presidency ended, according to The New Yorker.

With a team of about 20, BHR's business areas include assisting Chinese companies, particularly state-owned enterprises, with their "going overseas" strategies by way of cross-border merger and acquisition deals.

The firm's website hints at its political connections. "Adding to Bohai's core team, we have also recruited an international crew with ample overseas investment experience as well as a deep political and business background," it says.

The company also engages in what it calls SOE reform investments, having participated in the Chinese government's pilot reform initiative involving the spinoff of nonoil business segments of China Petroleum & Chemical into a separate Sinopec Marketing Corp.

Trump's suggestion that China investigate the ties came days before the next round of Sino-American trade talks, with lead Chinese negotiator Vice Premier Liu He expected in Washington.

Takenori Miyamoto in New York contributed to this report.