Tsai achieves historic first on her own merits 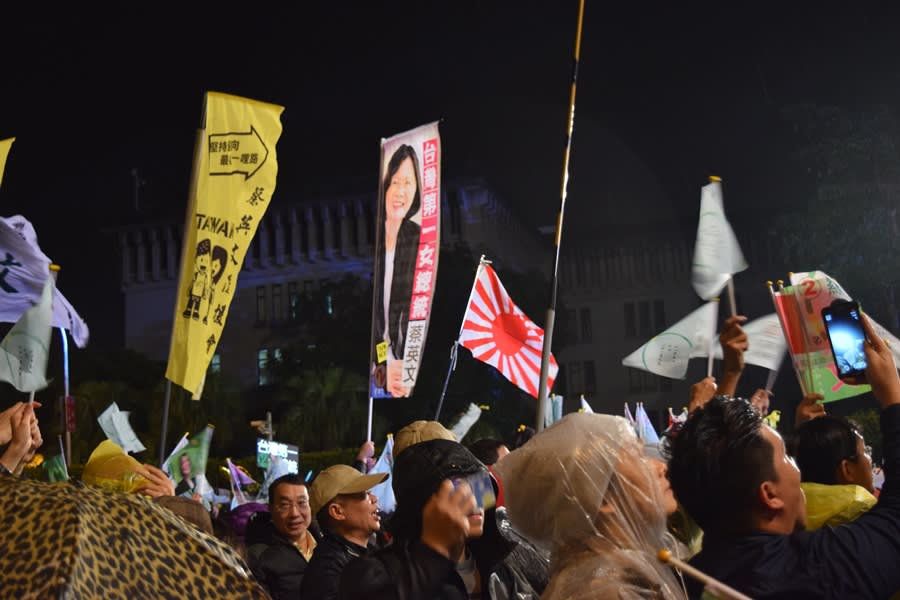 TAIPEI -- When Taiwan elected Tsai Ing-wen on Saturday, she was not only the first woman to become president in its history but the first to rise so high in the Chinese-speaking world -- and, unlike most of her precursors in Asia, she achieved this without the benefit of dynastic support.

Tsai was born into a prosperous family in Taipei where her father had a car repair business. She received her master's degree in the U.S. and her doctorate in the U.K., taught law at university level and practiced it in the real world. After entering politics, she climbed the ranks of the Democratic Progressive Party on merit alone.

"Given Asia's very patriarchal culture and the fact that she did not come from a political family background, this is definitely a landmark," said Chang-Ling Huang, an associate professor of politics at National Taiwan University.

Powerful political women in Asia have tended to be wives, daughters or sisters of former leaders. The first in the modern era was Sri Lanka's Sirimavo Bandaranaike who became prime minister of then-Ceylon in 1960, the year after her husband and predecessor Solomon Bandaranaike was assassinated.

Sirimavo served as prime minister on and off for almost 20 years until 2000, and left a political base for her children. Daughter Chandrika Kumaratunga became president and son Anura Bandaranaike was the speaker of parliament.

India's Prime Minister Indira Gandhi was the daughter of Jawaharlal Nehru, the country's first prime minister after independence from Britain. Prime Minister Benazir Bhutto of Pakistan and President Megawati Sukarnoputri of Indonesia both served in the same positions their fathers had.

Although not a head of state or government, Aung San Suu Kyi is unquestionably Myanmar's most powerful political figure. She is the daughter of the country's pre-independence hero, Bogyoke ('Great General') Aung San, who was assassinated when she was an infant. Suu Kyi led her National League for Democracy to a landslide general election victory in November, and her party is set to form the core of the next government.

Former Prime Minister Yingluck Shinawatra of Thailand was designated for the position by her older brother, Thaksin Shinawatra, a successful businessman-turned-politician who was prime minister from 2001 until 2006 when the military ousted him in a coup.

Does Tsai's election suggest that Taiwan is less nepotistic than other parts of Asia? Huang believes part of the answer lies with an electoral gender quota that dates from the 1947 constitution. According to her studies, this can be traced even further back to the early women's rights movement in the mid-1920s, when the Nationalist, or Kuomintang, co-founded by Sun Yat-sen was strongly influenced by republican and socialist ideals.

This all contributed to an institutional framework that nurtured women's participation in politics, and saw Annette Lu Hsiu-lien elected vice president in 2000.

Female members of parliament accounted for 38.1% of the total in Taiwan, 4.5 points increase from the previous election. According to data as of November last year by the Inter-Parliamentary Union in Geneva, Taiwan is above the global average of 22.6% and well ahead of South Korea's 16.3% and Japan's 9.5%. Only East Timor has a higher proportion in Asia with 38.5%.

Taiwan also contrasts with China, which has laid claim to the island republic since the two split in 1949. Beijing has never had a woman in any of its top positions. No woman has made it into the Politburo Standing Committee of the Communist Party of China, the supreme governing organ. Only six women, including Liu Yandong and Sun Chunlan currently, have had seats in the politburo, the ruling organ below, and three of those -- Jiang Qing, Ye Qun and Deng Yingchao -- were prominent political wives.

But Taiwan's election of a woman president does not mean women have equal status there.

"A racist country cannot be changed overnight just because you have an African-American president," said Yi-Chien Chen, an associate professor of gender studies at Shih Hsin University in Taipei, alluding to the U.S. where the election of President Barack Obama has not closed the book on racial issues. Chen believes Taiwan's deep-rooted patriarchal culture will also not be transformed overnight. "I think it is only a start," she told the Nikkei Asian Review.

Chen also believes class has played part in the new president's triumph. Although Tsai started out with no political assets, she was the product of an affluent background that gave her an education and the equipment for a successful political life. "Women in the middle class have more chance than women from the working class," said Chen.

"Tsai has opened the door for women," said Huang. Whether that door opens more or shuts again may depend on how Tsai performs as president.