President again offers talks with China, albeit with conditions 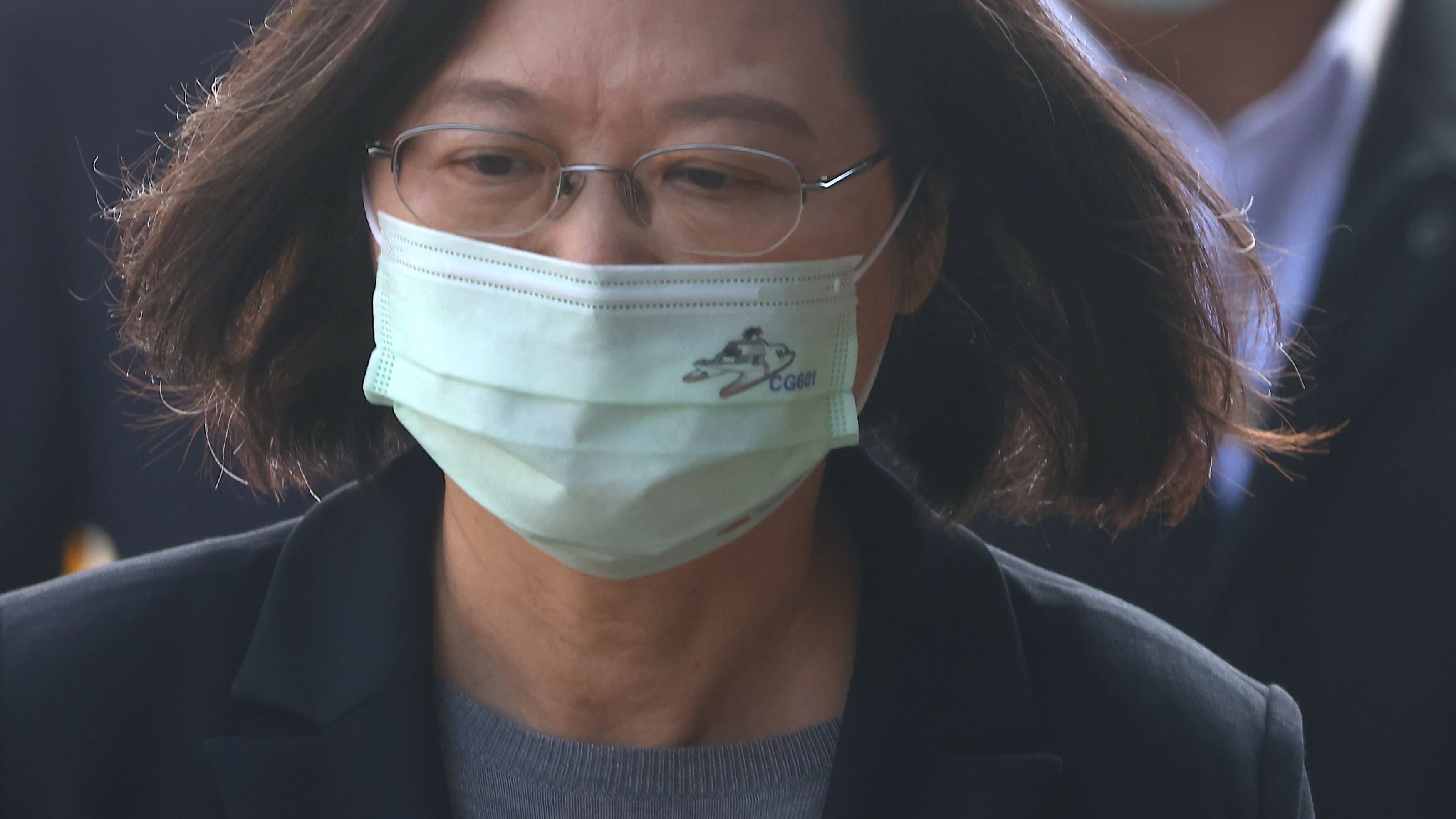 TAIPEI -- Taiwanese President Tsai Ing-wen said in a New Year's speech that the island's global status has been lifted amid the COVID-19 pandemic, and cross-strait relations with Beijing are now an issue for the entire world.

"Taiwan's strategic position in the world has been elevated," Tsai said at the Presidential Office on Friday. "In the past year, military aircraft and vessels from the other side of the [Taiwan] Strait have been frequently active around Taiwan, which not only caused impact on cross-strait relations but risked the peaceful, stable status of the Indo-Pacific region."

"Cross-strait relations are no longer just an issue between the two sides of the strait, but also an issue concerning the stability of the Indo-Pacific region and a global focus," she said.

Tsai also reached out to China again with an offer of dialogue on condition that Beijing shows it wants to improve cross-strait relations under the principles of parity and respect.

"When the pandemic is effectively controlled, we expect people from the two sides of the strait will gradually resume normal exchanges to increase understanding and reduce misunderstandings," she said.

Tsai's speech was planned to be delivered outside of the presidential building in front of a crowd, but the event was canceled and put online after Taiwan reported its first imported case of the new more transmissible U.K. strain of the virus on Wednesday.

About a year ago, the democratic island went on high alert and issued its first warning of a mysterious virus outbreak in the Chinese city of Wuhan to the World Health Organization and dispatched officials to screen passengers coming back from the Chinese city. As of Thursday, Taiwan, had reported only 799 cases -- 56 locally transmitted -- and seven deaths.

"We did not lockdown. Our children can go to school and people can go to work normally. Our people go to concerts with masks on, our economy continues to grow and our stock markets hit record highs," Tsai said. "Looking forward to 2021, we have reasons to be optimistic. Our companies grow steadily and employment is also stable. We have passed the most difficult phase and we will continue to live normally."

Taiwan is seen globally as a role model for containing COVID-19 despite being excluded from the WHO's World Health Assembly at China's behest. The island leveraged its success in fighting the pandemic to gain international support, and forge stronger ties with the U.S. amid prolonged Beijing-Washington tensions.

Taiwan grabbed the opportunity to call on further supply chain diversification from China. The American Institute in Taiwan, Washington's de facto embassy on the island, co-hosted a supply chain restructuring forum in early September with European Union, Canadian, and Japanese counterparts, to publicly advocate for decoupling. The same month, more than a dozen key European countries launched their first joint campaign to promote investment between the EU and Taiwan in a sign warming ties with the democratic island.

Relations between Washington and Taipei became tight under the leadership of Tsai and U.S. President Donald Trump. The Trump administration has approved 11 batches of arm sales to Taiwan since 2017, including six this year.