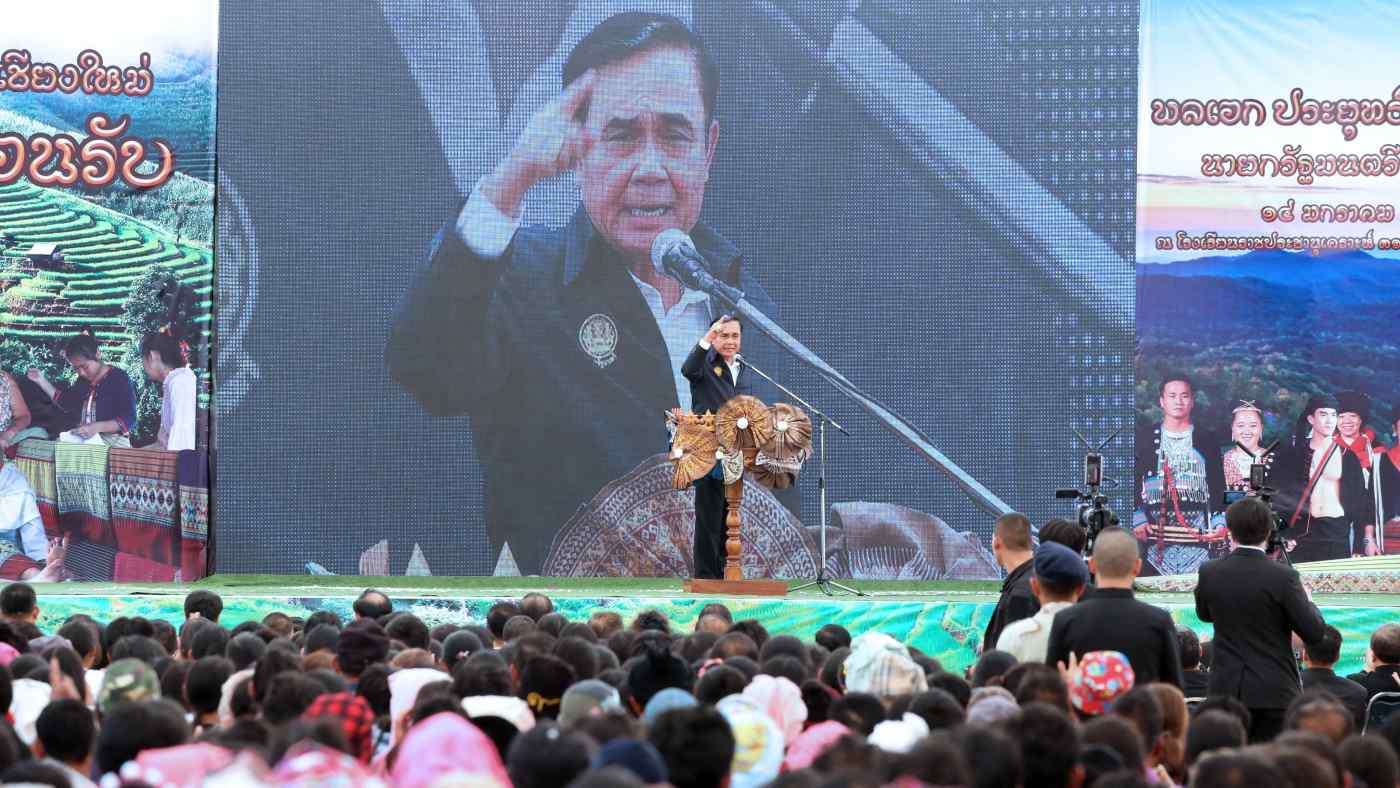 Prime Minister Prayuth Chan-ocha, seen speaking in Chiang Mai on Jan. 14, remains interested in politics but has yet to reveal which party he will stand for. (Photo by Kosaku Mimura)
APORNRATH PHOONPHONGPHIPHAT, Nikkei staff writerJanuary 18, 2019 15:56 JST | Thailand
CopyCopied

CHIANG MAI, Thailand -- The popularity of Prime Minister Prayuth Chan-ocha is believed to be surging ahead of Thailand's general election expected by May, even in the traditional rural strongholds of former Prime Minister Thaksin Shinawatra.

Despite pushing policies criticized for their undisguised appeal to populism, Prayuth's moves since assuming his post in 2014 seem to be paying off.