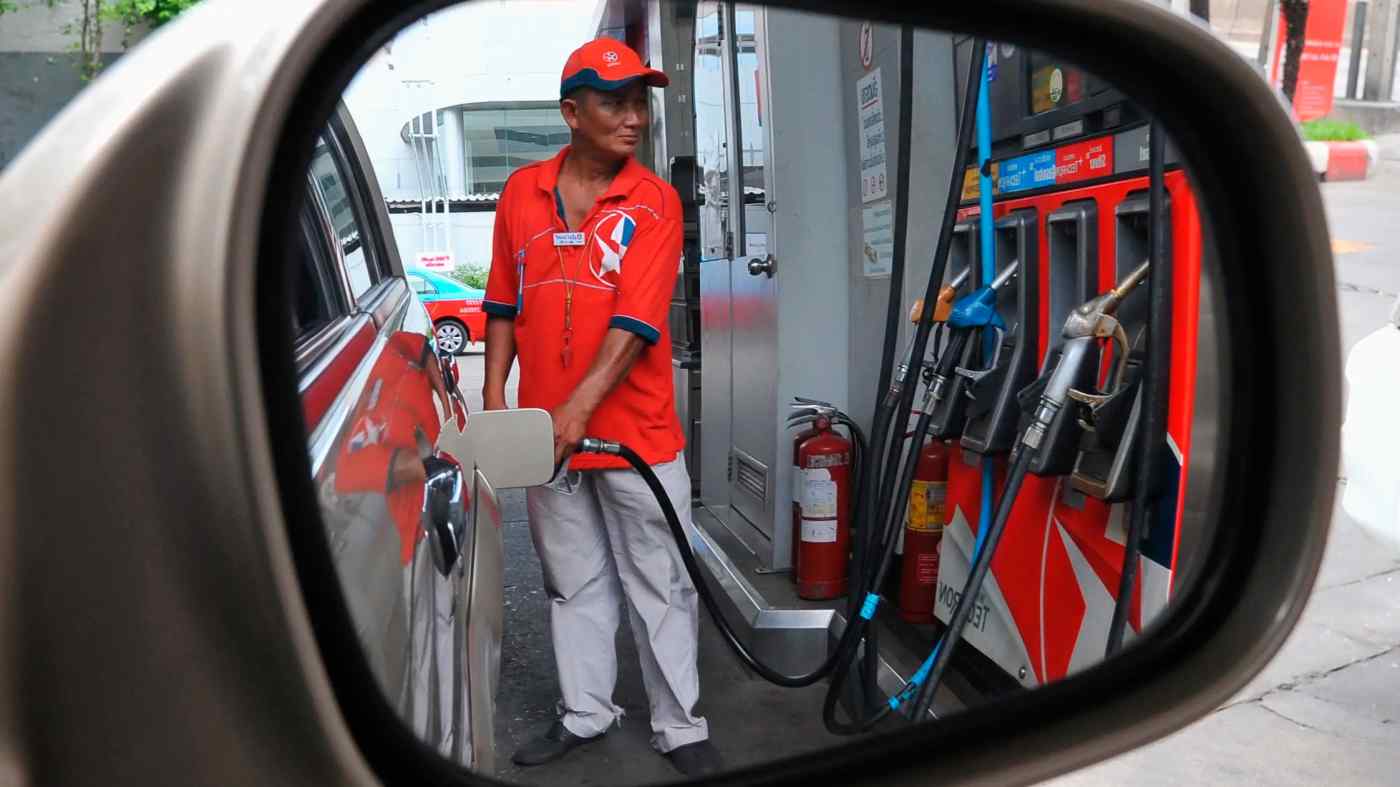 BANGKOK -- The Thai government is facing an energy dilemma ahead of general elections in February. On one hand, it is throwing its weight behind building an electric vehicle industry, but moving away from biofuels could lose millions of votes from farmers.

The military government has been pushing hard to attract new investment in electric vehicles in a drive to make Thailand a regional high-tech auto hub.

The Board of Investment has already approved many EV projects, particularly in its newly developed special economic zone, the Eastern Economic Corridor. It has given investment incentives to foreign car assemblers since March 2017 to draw them to the area.

Nissan became the first major manufacturer in Thailand to launch an electric vehicle, the Leaf. It started taking orders for the car a year after announcing it would add the model to its lineup. Nissan said Thailand's EV-charging infrastructure is still in its early stages, but it believes consumers would be interested in the Leaf.

With strong support and investment by several car producers, the government wants to have 1.2 million EVs on the road by 2030, in line with Thailand's 20-year national strategy. The Thai EV market is investment from a number of international companies in various industries hoping to take advantage of the shift to electric cars.   © Reuters

But as the country moves to embrace cleaner energy, there are worries that it will decrease demand for fossil fuels and biofuels. In particular, Thailand has been developing its biofuel industry for more than three decades.

Thailand is the world's second-biggest sugar exporter, with sugar cane production of more than 110 million tons a year. It is also the third-largest palm oil producer, growing more than 14 million tons of palm annually. This has resulted in a glut in the market.

"Thailand has a strong potential to produce biofuels. We should continue to develop them instead of ignoring the competitiveness we have," said Jetsada Wongwattanasin, vice president of the Thai Ethanol Manufacturing Association.

The junta, which has consistently said it would not offer any price supports, recently reversed course for palm growers as the election looms. The cabinet approved the plan to shore up the price of palm at a cost of more than one billion baht ($30 million) by adjusting the country's power generation to make it compatible with palm oil instead of bunker oil.

"The Electricity Generating Authority of Thailand will buy up 160,000 tons of palm oil from farmers to be burned as power generating resources," said Energy Minister Siri Jirapongphan.

Another measure to prop up palm oil prices is to increase the proportion of palm-based biofuels in gasoline. The government requires that all benzine must be blended with at least 10% ethanol. This policy has been in effect for more than 20 years to support demand for ethanol and biofuel and help farmers.

"The two measures will help increase palm oil demand by 240,000 tons and bring down the palm surplus to a normal level of 200,000 tons," said Siri. A Thai palm fruit grower readies his crop to be sold to a palm crusher in Chonburi Province, Thailand.   © Reuters

Critics said these are just short-term measures and that the government still needs to implement a clear plan of action.

"There was no official forecast on the drop of biofuel demand due to the rise of EVs," Jetsada said. "However, industry officials predict that demand could drop by half."

Sanin Triyanond, chairman of Thai Biodiesel Producer Association, said that the government needs to be more proactive in drawing up a strategy for the industry. "The government should give us a clear picture on what we are going through," said Sanin.

He added that biofuel producers will need to diversify into other biochemical products in order to help offset the surplus of sugar cane and palm in the future. "But to go down that path, we need a soft landing, with which the government should assist us," said Sanin.