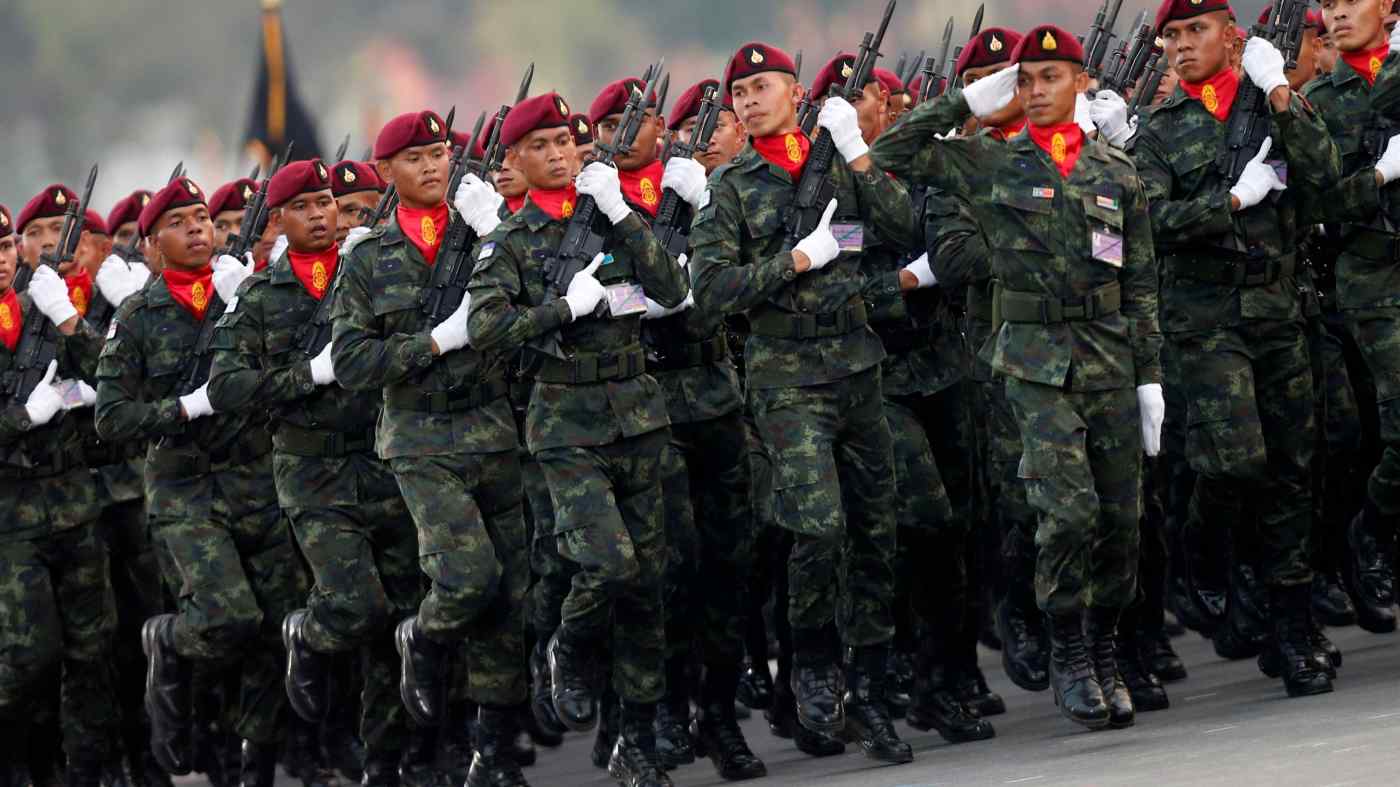 As the country's most dominant political institution, Thailand's military has up to now been able to flex its muscle as needed.   © Reuters
MARWAAN MACAN-MARKAR, Asia regional correspondentApril 24, 2020 15:36 JST | Thailand
CopyCopied

BANGKOK -- Thailand's powerful military has been rattled by a blow to its prestige from the weakest link under its command -- tens of thousands of new recruits, who have chosen to return to civilian life rather than remain soldiers another year.

Gen. Apirat Kongsompong, the army chief, has raised the alarm about an impending troop shortage next month, after only 5,460 new conscripts signed on to remain enlisted out of the 42,000 to be discharged at the end of April.