BANGKOK -- Thai Prime Minister Prayuth Chan-ocha is citing the global resurgence of the coronavirus to discourage protesters from attending pro-democracy rallies scheduled for the days ahead, though his argument does not take into account Thailand's own success at keeping COVID-19 at bay.

"With the resurgence of the virus around the world," the prime minister said in a televised address on Thursday. "I would now like to ask everyone to double up their alertness and not to relax and let down their guard."

"Let me also take this opportunity to speak directly to those who wish to gather for various reasons -- when you gather in crowds you are creating an enormous risk of new transmissions, and with that, you also create enormous risks to the livelihoods of tens of millions of fellow Thais."

Thailand has a population of about 69 million.

"Any major flare-up of infections will lead to terrible consequences and even worse economic destruction the likes of which we have never seen," Prayuth said. "Please think about this." 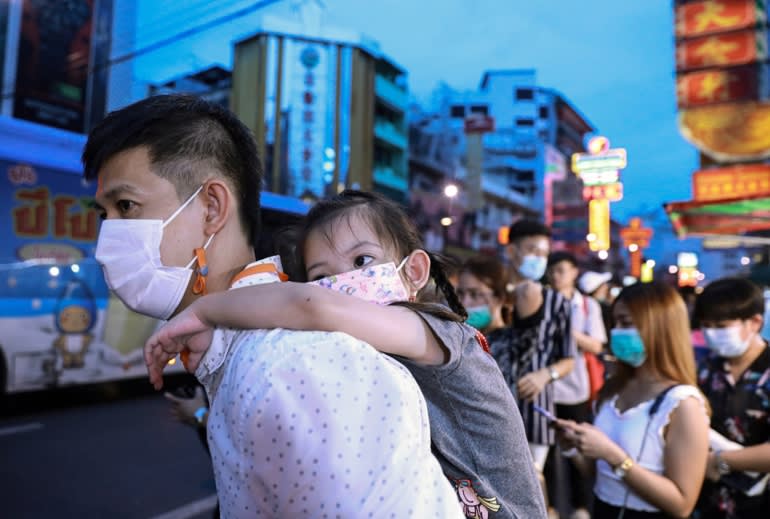 The prime minister's address came two days before a major overnight rally planned by student activist group United Front of Thammasat and Demonstration at Thammasat University. The gathering is to take place near the Grand Palace in central Bangkok.

Although the former junta chief's address did not directly state that authorities will forbid protests, it strongly urged people to rethink attending them.

This puts activist leaders and prospective participants in a tight spot. The responsibility of maintaining public safety and fostering an economic recovery is suddenly pinned on them. And calling off rallies might make activists appear weak and disappoint the young people who have been active in the movement so far.

If the protests lead to the virus staging an actual resurgence in the kingdom, participants would come under scrutiny; the kingdom has had only a few local transmissions in the past four months.

Prayuth emphasized the potential economic damage protests could cause and fixed blame on demonstrators in advance. "Your protests delay economic recovery because you affect business confidence," he said, "and you affect the confidence of tourists to return to our country when we are ready to receive them.

"We should not create a situation that puts our country at risk of returning to lockdowns as we had in March and April this year."

The lockdowns dealt a heavy blow to Southeast Asia's second-largest economy. Gross domestic product shrank 12.2% in the second quarter compared to the same period last year. It was the biggest contraction since 1998, when Thailand was struggling amid the Asian financial crisis. The slump is partly due to the Prayuth administration's failure to address the economy's heavy dependence on external sectors, including exports and tourism.

"Let me tell all protesters now," he said, beginning to sound conciliatory. "Loudly and clearly I hear you have political grievances, and that you have issues with the constitution," he said. "Let's try and get through this global crisis, and defeat COVID-19 first, together. And then we can come back to politics, again."