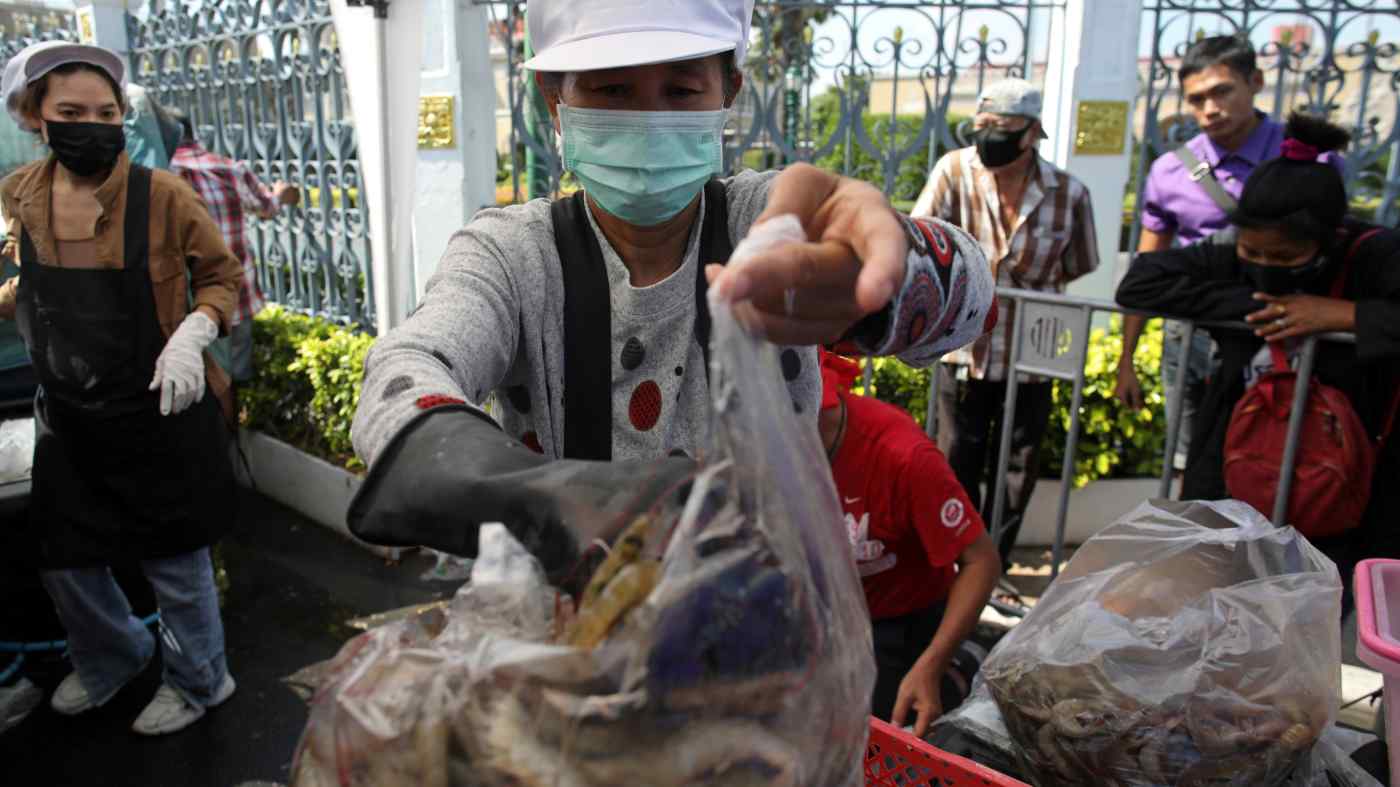 Thailand's worst outbreak of the new coronavirus was reported just over a week ago, with more than 1,500 infections now linked to a shrimp market outside Bangkok. Most of those infected have been migrant workers from Myanmar.

Seafood sellers say business has fallen in a country whose economy had already been badly hit by a collapse in tourism.

"We want the government to create confidence in shrimp consumption," said Piyarat Chongthep, among the scores of protesters at Government House, some of whom briefly scuffled with police.

The issue is the latest seized on by protesters who for months have been demanding the removal of Prime Minister Prayuth Chan-ocha, a new constitution and reforms of the monarchy.

At a seafood-eating event in a nearby province, government ministers said they were trying to promote seafood.

"We are building confidence that you can have seafood without getting infected," Anucha Nakasai, minister for the prime minister's office, told reporters.

"The problem now is there is no market," said one shrimp seller at Government House.

COVID-19 task force spokesman Taweesin Wisanuyothin reported 110 new coronavirus infections, of which nearly all 94 were connected to the seafood market.

Thailand has a total of 6,020 confirmed cases and 60 deaths, low rates for a country of 70 million people.