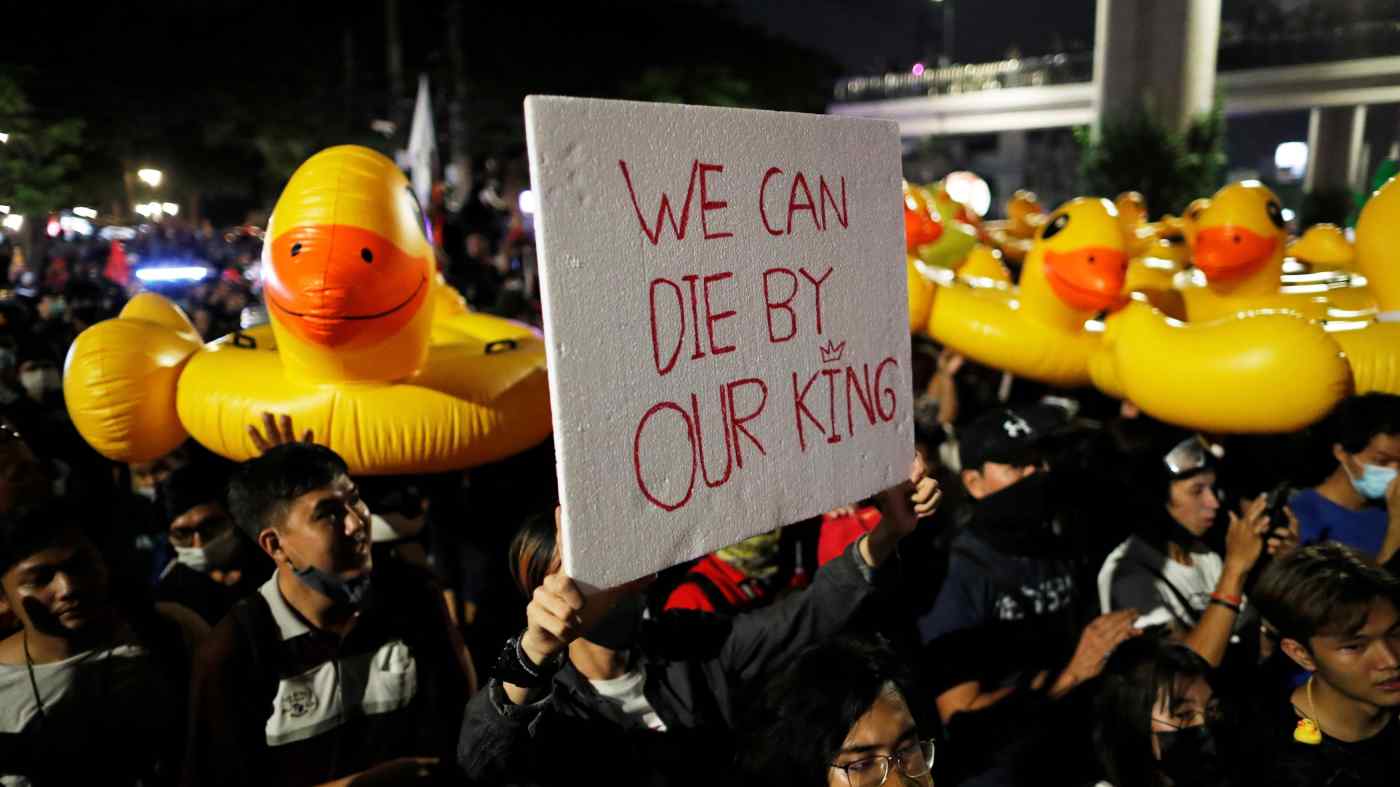 A person holds a placard as protesters carry inflatable ducks at 11th Infantry Regiment during a pro-democracy rally demanding the prime minister to resign and reforms on the monarchy, in Bangkok on Nov. 29.   © Reuters
November 29, 2020 21:38 JST | Thailand
CopyCopied

It was the latest open defiance of the king by protesters, who have broken taboos by criticizing the monarchy in a country where it is officially revered under the constitution and laws to ban insulting it.

Hundreds of protesters gathered to march to the 11th Infantry Regiment, one of two units that were moved under the king's command in 2019.

"An army should belong to the people, not the king," Parit "Penguin" Chiwarak told reporters. "In a democratic system, the king is not responsible for directing command of the military."

Protesters accuse the monarchy of enabling decades of military domination.

Parit is among several protest leaders who already face charges under lese-majeste laws against insulting the monarchy after his speeches at previous rallies.

Protests which began in July initially demanded the departure of Prime Minister Prayuth Chan-ocha, a former junta leader, and a new constitution, but now also seek to curb the powers of the king.

At the barracks, an advance guard of protesters set about removing razor wire barricades.

The foreign ministry said in a statement that the country adhered to the rule of law, but that the right to freedom of speech must keep within it.

"In every case where the law is violated, officials take action with strict adherence to the appropriate legal processes without discrimination," the ministry said.

Prayuth has rejected protesters' demands that he quit along with their accusations that he engineered last year's election to keep power that he first took from an elected government in 2014.

The Royal Palace has made no comment since the protests began, but the king has said that despite their actions the protesters are loved "all the same."