Thai woman sentenced to 43 years in jail for lese-majeste 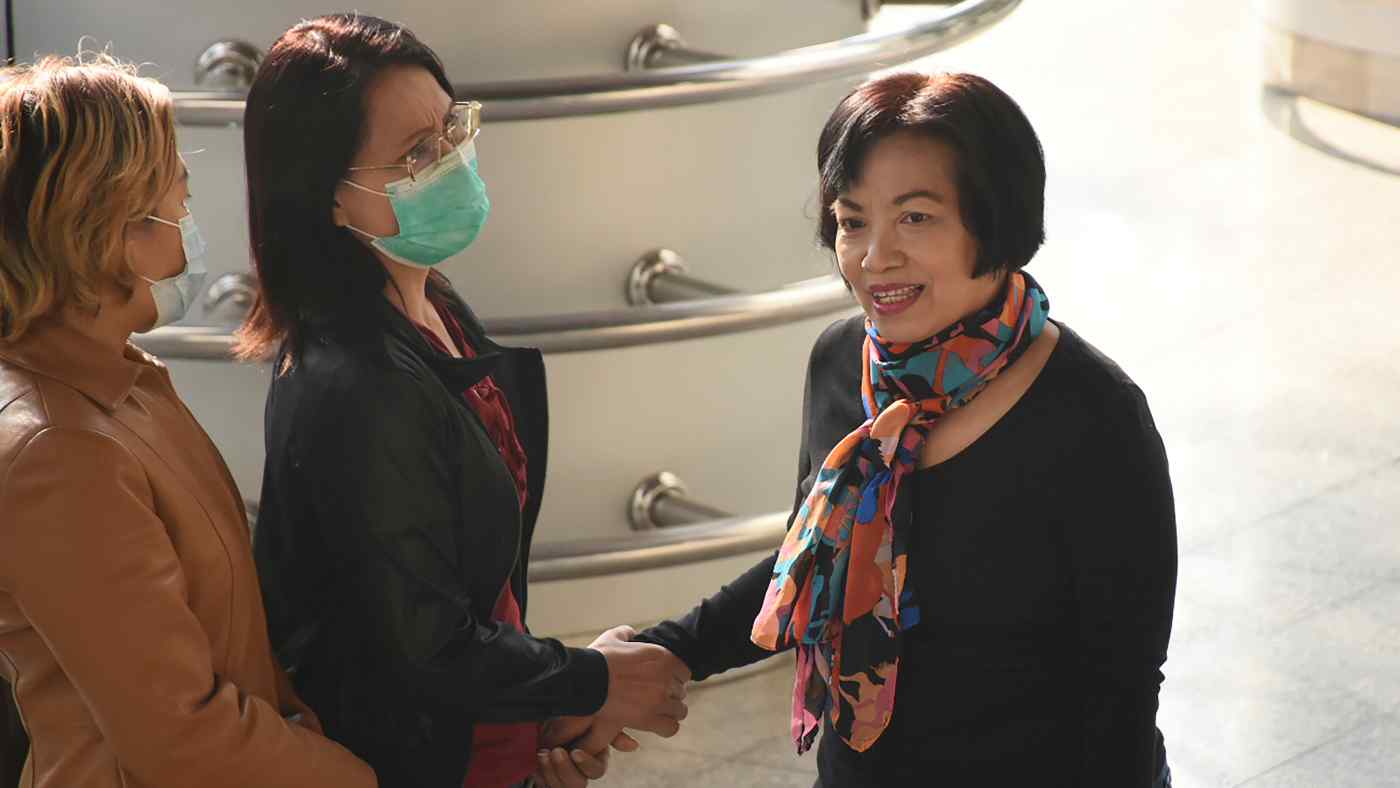 BANGKOK -- The Bangkok Criminal Court sentenced a former civil servant to its longest-ever jail term of 43 years and six months on lese-majeste charges.

The sentence comes after more than 43 young protesters have faced similar charges in recent months.

The full sentence of 87 years was reduced by half after a guilty plea was entered.

The defendant, known publicly as Anchan as her last name has been redacted, was arrested in January 2015 for sharing an audio clip deemed critical of the monarchy. Court proceedings were started in a military court under the junta led by Prime Minister Prayuth Chan-ocha, a former army chief who took power in a 2014 coup.

Anchan was held in detention until November 2018. Her case was later moved to criminal court, which handed down the verdict on Tuesday.

The 65-year-old received three years for each of the 29 lese-majeste charges, amounting to a full sentence of 87 years.

Thailand's law of lese-majeste is the most draconian of its kind in the world. Defendants face up to 15 years in jail per offense, with consecutive terms possible.

Thailand has a large suite of defamation laws covering the monarchy, private individuals and the judiciary. Lese-majeste differs from other kinds of defamation in that anyone can make a complaint at a police station.

The sentence exceeded the previous record of 35 years handed down to a man in 2017 for anti-monarchy posts on Facebook. His sentence was also halved following a guilty plea.

Anchan's case had no direct connection with the recent youth-led pro-democracy movement but is a clear reminder of what is possible. One royal observer used a Thai idiom to describe the latest move: "Slitting the chicken's neck to frighten the monkeys."

The law of lese-majeste, or Article 112 of the criminal code, has been reactivated recently after its use was suspended in 2017. On Nov. 19, Prayuth ordered the enforcement of all available laws to counter student unrest.

Earlier in the year, Prayuth announced that lese-majeste had been mothballed in 2017 on instructions from King Maha Vajiralongkorn. Prayuth has not revealed who ordered its reactivation.

The youth movement caught steam last July as demands to remove Prayuth and his fellow ministers, amend the constitution, and reform laws related to the monarchy attracted sizable supporters. Many leaders in the movement, including some minors, were charged with lesser lese-majeste charges.

Thailand's law of lese-majeste has been widely condemned internationally. In December, Ravina Shamdasani, spokesperson of the United Nations High Commission for Human Rights, voiced concerns over its use. She asked that Thailand refrain from using the law against those exercising their right to speak freely.

The organization has repeatedly urged Thailand to amend the country's obligations under the International Covenant on Civil and Political Rights. "It is extremely disappointing that after a period of 2 years without any cases, we are suddenly witnessing a large number of cases," she said.