Speeches target pro-military government, impunity and role of the monarchy 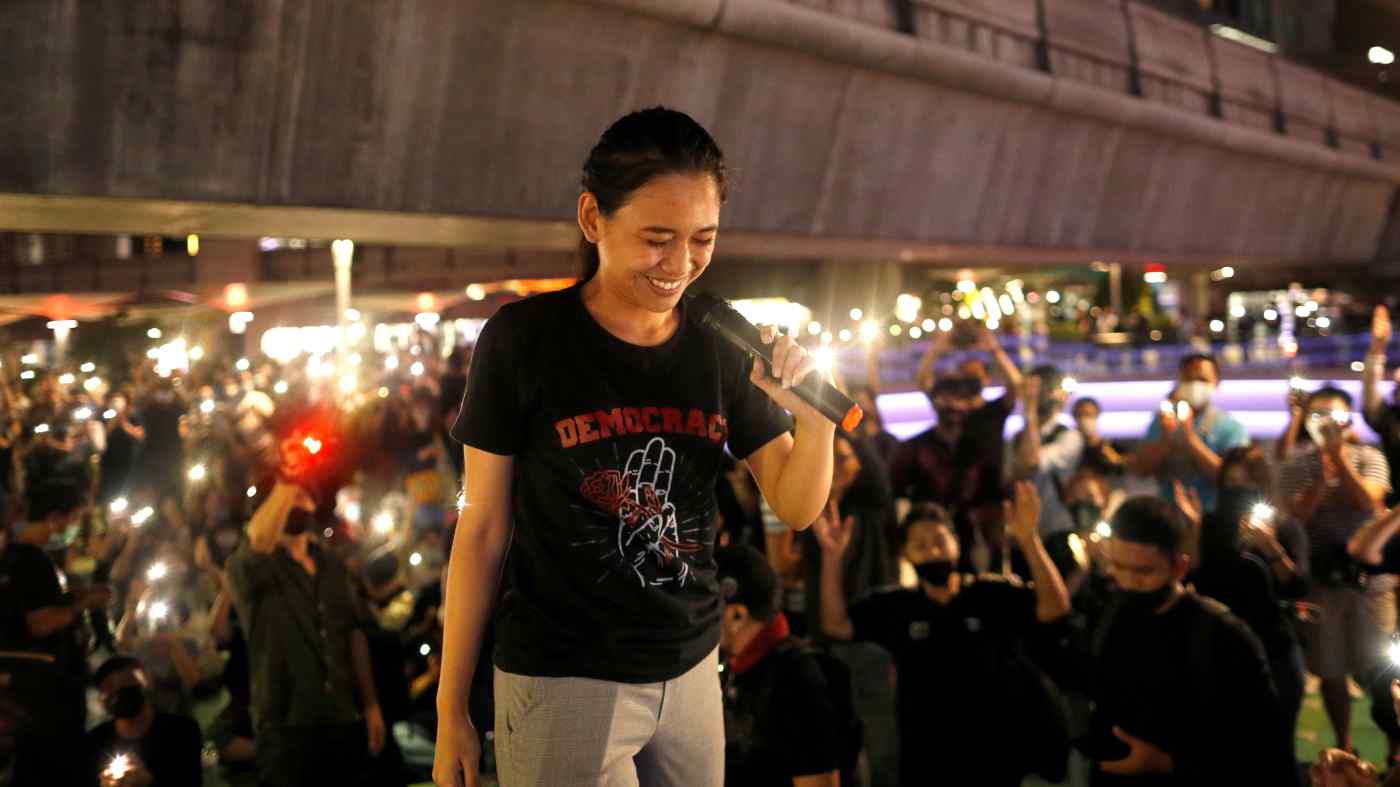 Protest leader Patsaravalee Tanakitvibulpon at a flash demonstration in Bangkok after two unusually outspoken activists were arrested on Aug. 8. They were released on bail over the weekend, but bigger protests are expected this week.     © Reuters
APORNRATH PHOONPHONGPHIPHAT, Nikkei staff writerAugust 10, 2020 05:10 JST | Thailand
CopyCopied

BANGKOK -- Thailand's politics are churning again with a new generation openly venting on a raft of grievances ranging from constant military meddling in politics and a backward-looking constitution to economic mismanagement and flagrant legal impunity for the rich and powerful.

Further evidence of political discontent surfaced with a Harry Potter-themed protest under the Free Youth banner at Bangkok's Democracy Monument on July 18. It attracted about a thousand students, and was among the largest political gatherings since the military staged a coup in 2014.