Political coalition talks to resume after 3 days of ceremonies 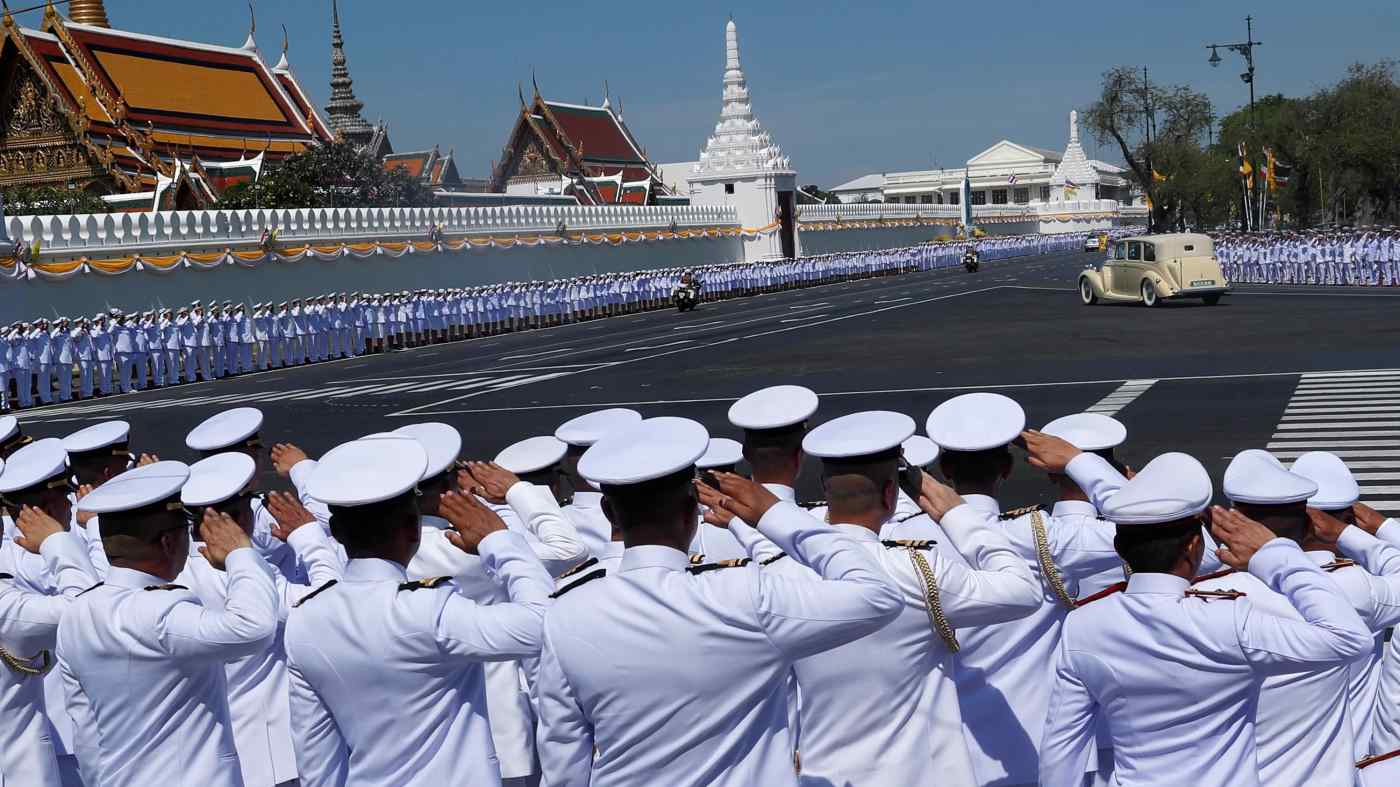 Officials salute as the car carrying King Maha Vajiralongkorn and Queen Suthida drives past the Grand Palace during his coronation in Bangkok on May 4.   © Reuters
MASAYUKI YUDA, Nikkei staff writerMay 4, 2019 12:08 JSTUpdated on May 4, 2019 16:27 JST | Thailand
CopyCopied

The 66-year-old king was formally crowned on Saturday during a mix of Buddhist religious ceremonies and Hindu Brahmin rituals. The king issued his first royal command after being crowned: "I shall reign in righteousness for the benefits of the kingdom and the people forever," he said.