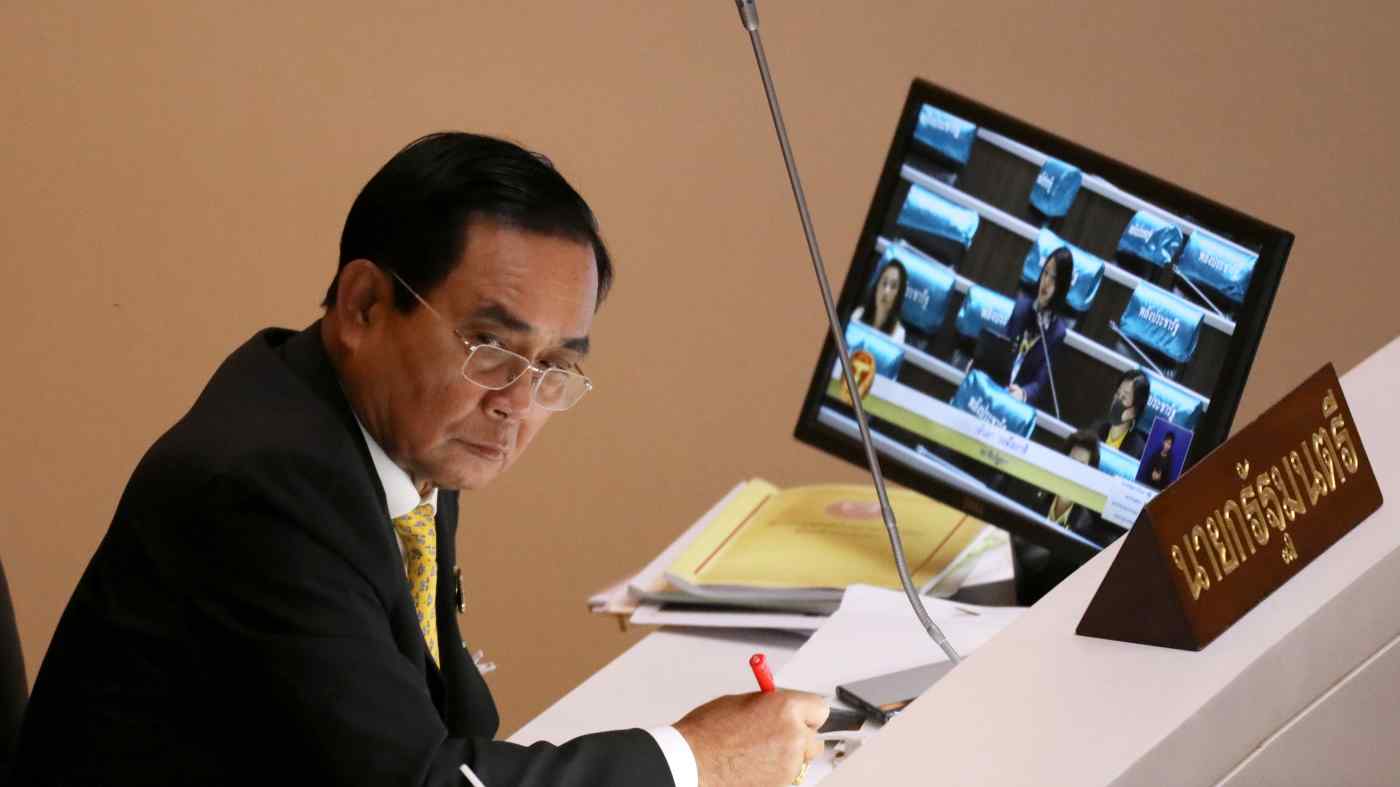 BANGKOK -- Political observers do not expect the Thai parliament to come up with anything likely to dissuade protesters from continuing demonstrations during a two-day joint session of the lower and upper houses that concludes at 10 p.m.

The special sitting degenerated into mudslinging on Tuesday with the opposition calling on Prime Minister Prayuth Chan-ocha to resign. Prayuth asked House Speaker Chuan Leekpai for permission to reply.