Thailand protesters claim victory with letter to the king's council 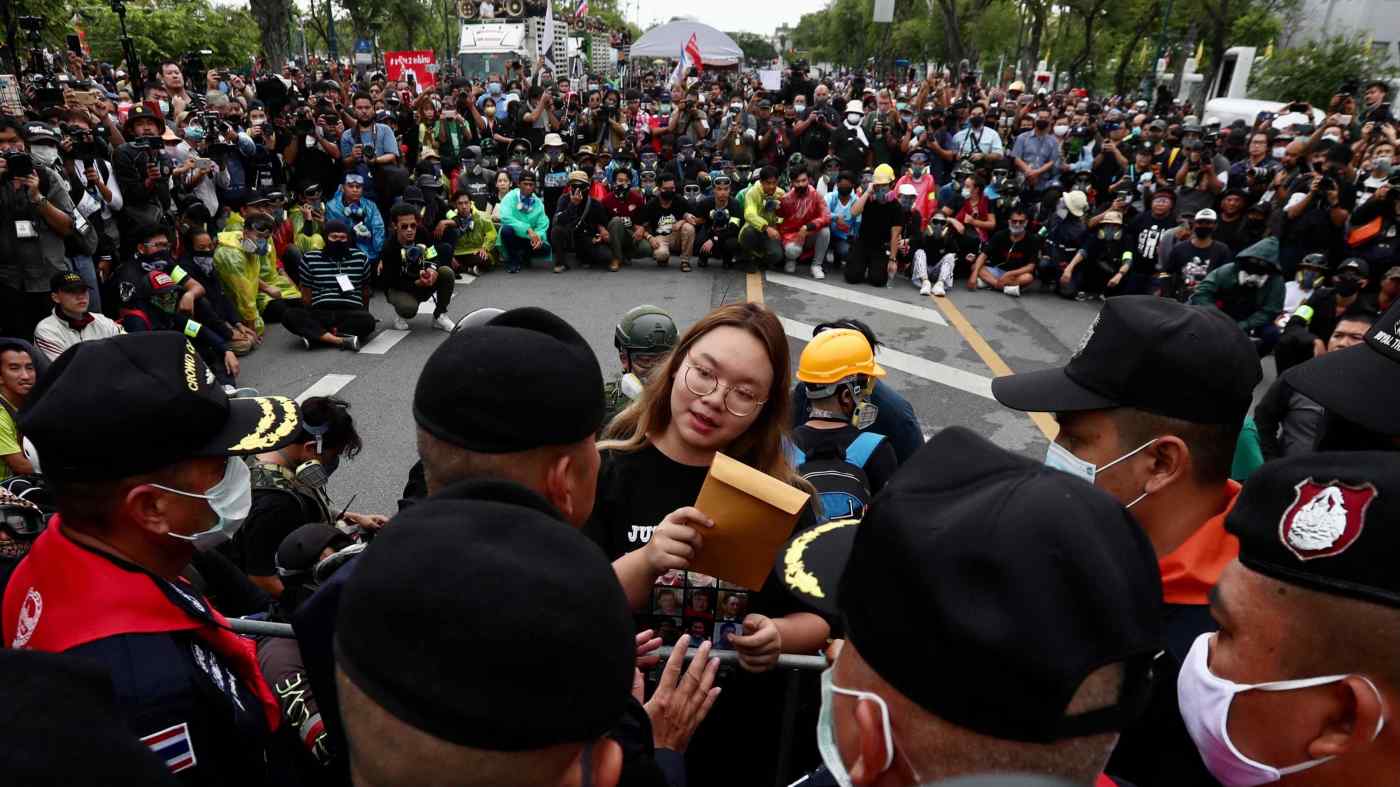 BANGKOK -- In a ceremony laden with historic symbolism, Thai student leaders laid a plaque early this morning outside the Grand Palace in Bangkok and delivered a list of demands to the nearby Privy Council Chambers.

A plaque commemorating the overthrow of absolute monarchy in Siam, as Thailand was known 1932, was removed from Royal Plaza in 2017, and replaced with a royalist version. No official investigation was conducted into who was behind the act of political vandalism, which was one of a number of incidents.