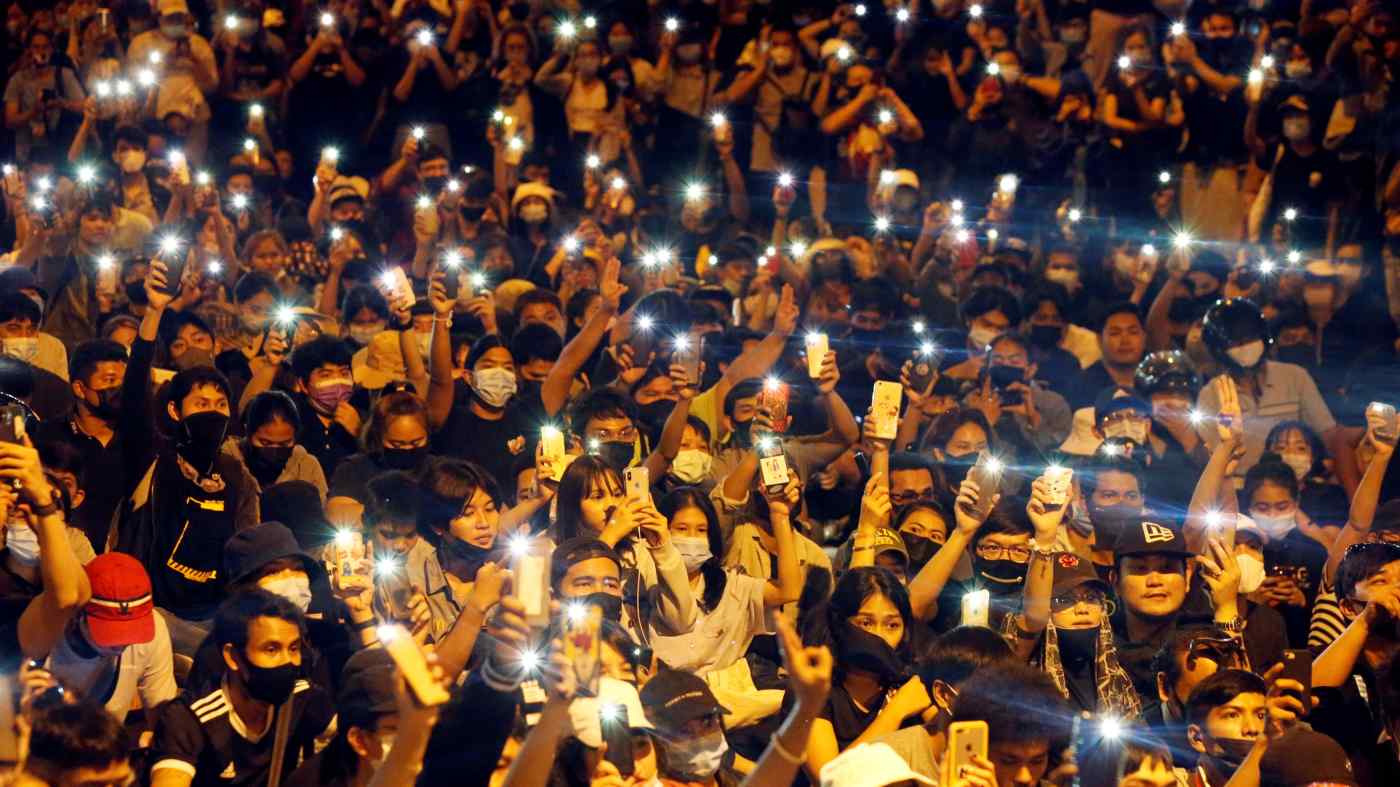 BANGKOK -- On a wet but unusually cool Saturday afternoon, Thailand's peaceful young protesters ran circles around authorities attempting to enforce a ban on public assemblies of more than five people.

A supplemental emergency decree on Thursday morning led to the deployment of riot police, water cannons and tear gas on Friday night against an estimated 4,000 protesters. Arrest warrants were also issued for 12 student leaders who were still at large.