After 5 years under junta, nation looks to Saturday's speaker vote for clarity 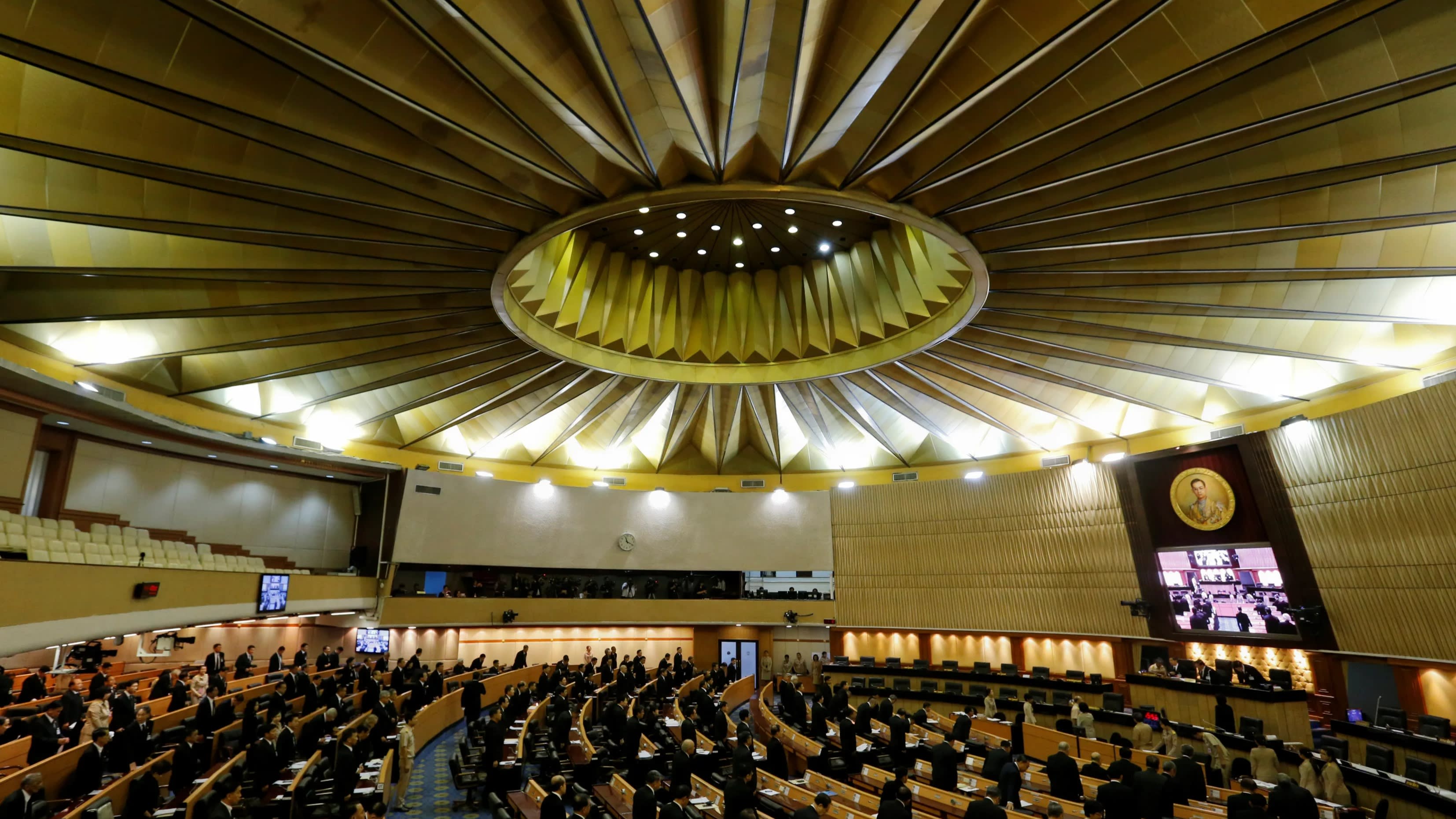 BANGKOK -- Thailand convened its National Assembly for the first regular session in five years on Friday, signaling an end to military rule even though post-election maneuvering has likely cleared the way for junta leader and incumbent Prime Minister Prayuth Chan-ocha to return to power.

King Vajiralongkorn Bodindradebayavarangkun and Queen Suthida presided over the parliamentary opening ceremony. The upper house was to vote to choose the president and two deputy presidents of the Senate later the same day. The lower chamber is to elect the house speaker and two deputies on Saturday -- a vote that will be closely watched as an indication of the balance of power.

The king will then endorse the house speaker and the deputies on Monday, before setting a date for a joint parliamentary meeting to select the next prime minister.

The restart of the National Assembly restores a semblance of democracy, which was lost when the military took power through a coup in 2014. But the makeup of the parliament is very different than it would be in a conventional democracy: 244 of the 250 senators are essentially chosen by the junta, while the other six seats are filled by the military and police.

In the lower house, 350 of the 500 seats are occupied by the winners of votes in electoral constituencies. The other 150 are distributed among candidates on party lists, but the formula used to allocate these seats was made public only after the general election on March 24.

To be sure, the system is in accordance with the constitution enacted in 2017 after a national referendum -- a fact the junta used to argue that the process is democratic. Yet, it is an open question whether this parliament truly represents the current will of the people.

While a coalition that supports the junta's policies has secured enough seats to form the next government, neither side has managed to cobble together a lower house majority.

The constitution states that the next prime minister should be elected by a majority of the lower and upper houses combined. With the help of 11 single-seat parties and the mostly hand-picked senators, the pro-junta coalition led by the Palang Pracharat Party has surpassed the threshold to choose the nation's leader. Palang Pracharat's sole prime ministerial candidate is Prayuth.

Notably, the 11 parties that hold the key were awarded their seats through the party-list formula, which was designed and adopted by the junta to assign more seats to smaller players.

In any case, the struggle to control the lower house may not be over.

Without a majority the government would have to fight to pass legislation and budgets. The anti-junta coalition, led by the Pheu Thai Party linked to exiled former Prime Minister Thaksin Shinawatra and the fledgling Future Forward party, won 245 seats -- just six shy of a majority.

The pro-junta camp is seeking to recruit other small to midsize parties, such as the Democrat Party, which secured 52 seats, and Bhumjaithai, which has 51. Neither has made its affiliation clear.

The pro-junta and anti-junta camps may engage in a last-minute dealing ahead of Saturday's house speaker election, which would be the first opportunity to demonstrate that they have command of the chamber.