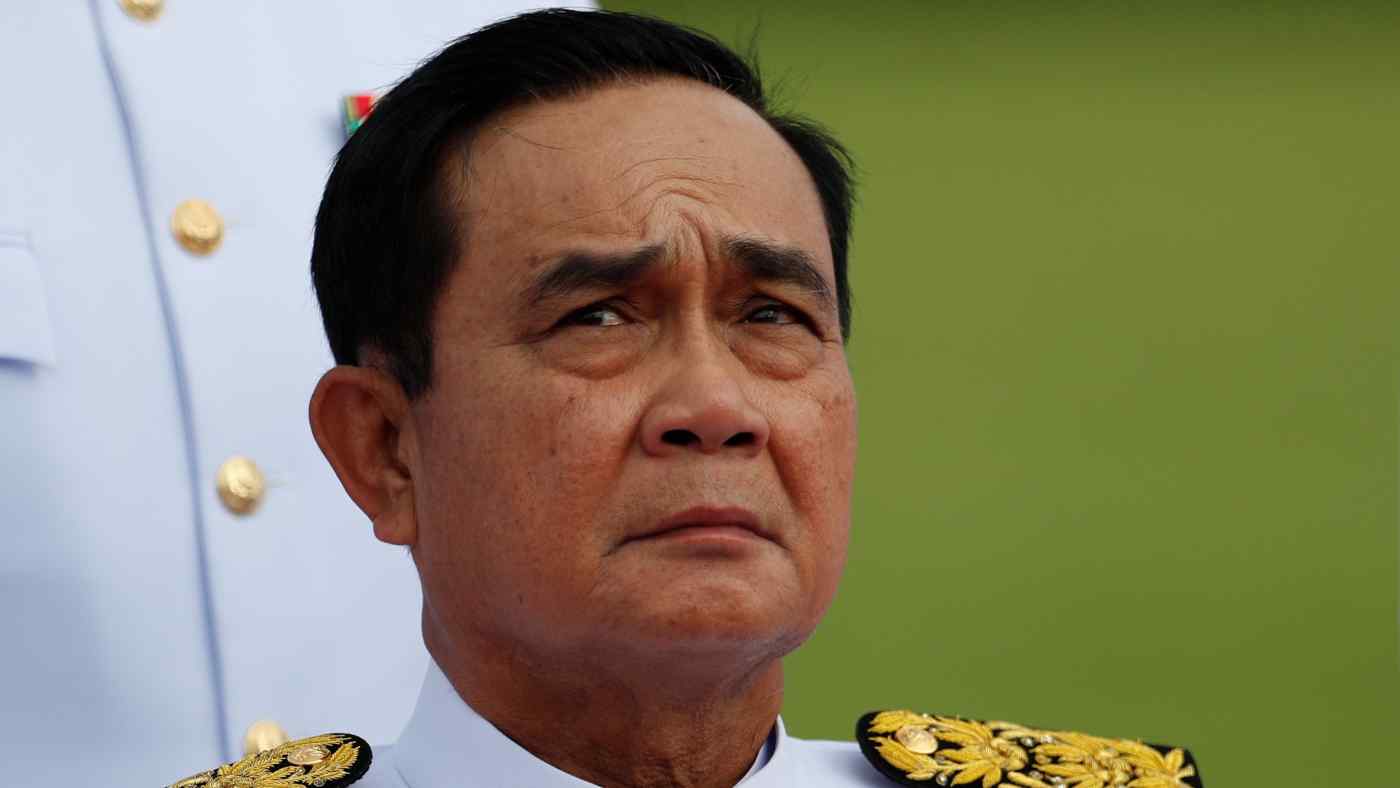 BANGKOK -- Thailand's Prime Minister Prayuth Chan-ocha has rejected calls -- including for the dissolution of parliament -- made by protesters on Sunday at the biggest political gathering since a coup in 2014.

Dressed in a blue Thai-style tunic, Prayuth appeared grumpy as usual at a press conference that followed the weekly cabinet meeting on Tuesday. It was his first official appearance since a weekend protest attracted around 20,000 people.