Hundreds of protesters gather outside parliament after failed vote 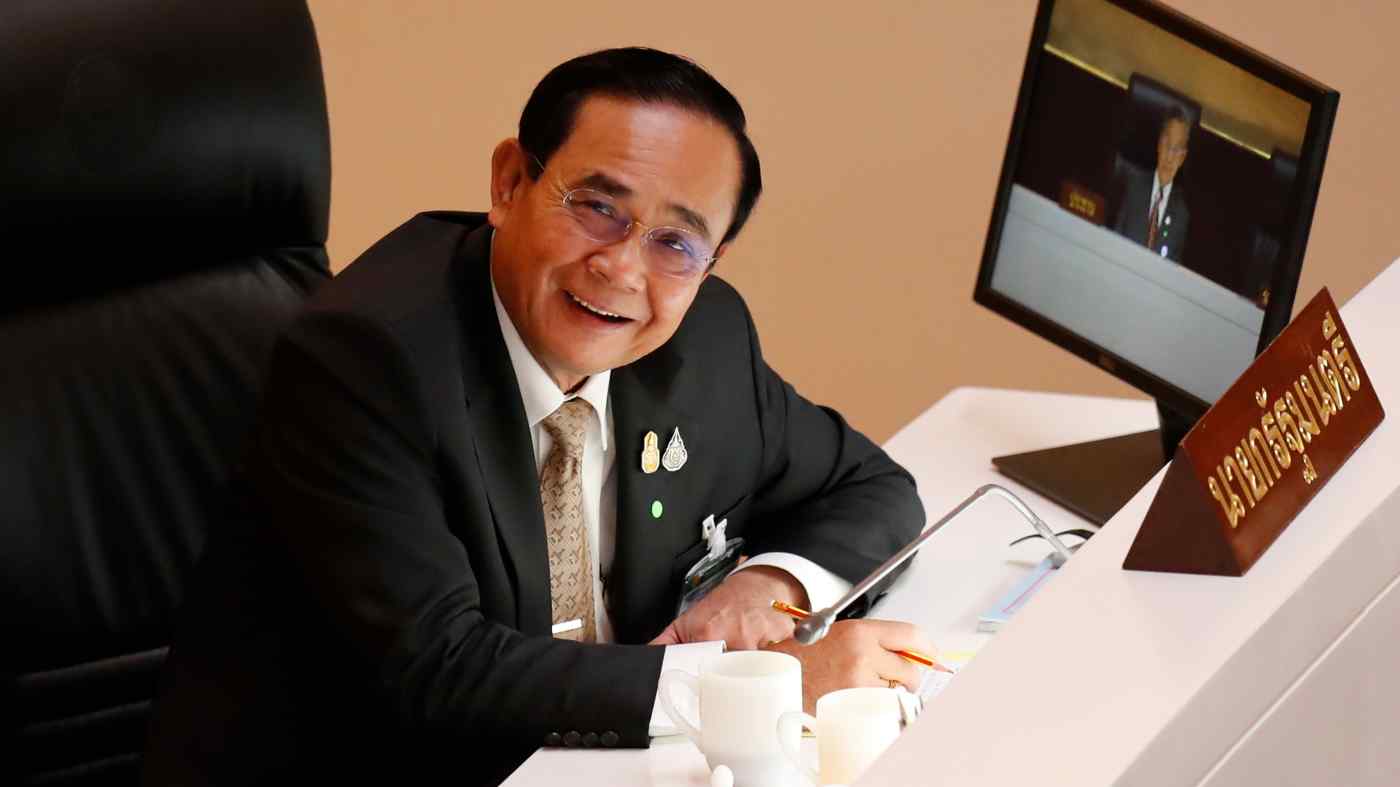 BANGKOK -- Prime Minister Prayuth Chan-ocha and nine cabinet members have easily overcome an opposition censure motion against them and will remain in place as a result of the ruling coalition's parliamentary majority.

Prayuth retained the support of 272 lawmakers, while 206 voted against him and three abstained.

The no-confidence motion is the second one Prayuth and his cabinet have seen off. In February 2020, the prime minister and five cabinet members bested a censure debate by a large margin after many opposition members opted to abstain.

Hundreds of protesters gathered outside Thailand's parliament after the failed no-confidence vote, which came after a four-day censure debate.

"It was a disappointment, but expected," protest leader Attapon Buapat said, according to Reuters.

The resignation of Prayuth and his fellow ministers has been one of the three key demands made by young protesters since July 2020.

A youth-led demonstration outside parliament on Friday attempted unsuccessfully to pressure lawmakers engaged in the four-day censure debate. It attracted only a few hundred people -- a much smaller turnout compared to rallies last year before the resurgence of the coronavirus in December.

Friday's parliamentary session was projected on a big screen outside by the protest organizers who provided a summary of 10 key points under debate. Some had brought kitchenware to use for noisy pot-bashing, a form of civil disobedience used recently in Myanmar that young Thais have taken up, but not enough to create a serious noise nuisance.

The organizers distributed printed materials about the importance of freedom of speech. These were critical of the use of resumed application of the law of lese-majeste since November to silence people debating reform.

Prayuth's administration is "damaging good relations between the monarchy and the public" by "using the monarchy as an excuse to deepen the division in society," the motion claimed. It was submitted to House Speaker Chuan Leekpai, who is a former prime minister.

The ruling coalition holds a significant majority in the lower house and was never considered to be at risk.

The debate, which began on Tuesday and ended on Friday, saw the prime minister and his cabinet dodging arguments more than engaging with critics. A particularly sensitive top was Thailand's belated vaccine policy for COVID-19.

"I am concerned that comments about the vaccines will cause problems -- I don't want this to be politicized," said Prayuth after a member of the opposition Move Forward Party questioned the government's vaccine delivery strategy.

Siam Bioscience is personally owned by King Maha Vajiralongkorn. The Ministry of Digital Economy and Society asked the court to order the removal of Thanathorn's Facebook post on the grounds that it violated the kingdom's draconian lese-majeste law. On Feb. 8, the court turned down the removal request.

The vaccine rollout strategy is key to the recovery of Thailand's tourism-reliant economy. With virtually no local transmissions for most of 2020, the kingdom experienced an upturn in confirmed cases in mid-December, which sent the country back into lockdown that has damaged businesses and prevented normal social interaction. Political gatherings were specifically banned on Dec. 28.

Protesters respected the ban until the authorities began using the fallow protest period to press criminal charges against prominent activists, including lese-majeste and sedition.

Student leader Parit "Penguin" Chiwarak, human rights lawyer Arnon Nampa and two other leading activists were denied bail on Feb. 9 and are being held in pretrial detention for lese-majeste and other charges. Arnon made it to the 2021 Time100 Next list of "emerging leaders who are shaping the future."

Those found guilty of lese-majeste face jail terms of up to 15 years per offense, with consecutive terms possible. Anyone can make a complaint of lese-majeste to the police, and ultraroyalists and government officials have been busy in recent months filing complaints against the more prominent young protesters. At least 58 activists face a variety of criminal charges carrying heavy penalties.

To protest the recent resumed use of the controversial law, activist group The People ignored the ban and began staging rallies. A protest on Feb. 13 near the Grand Palace degenerated into a scuffle between protesters and the police, resulting in several arrests. Injuries were reported on both sides.