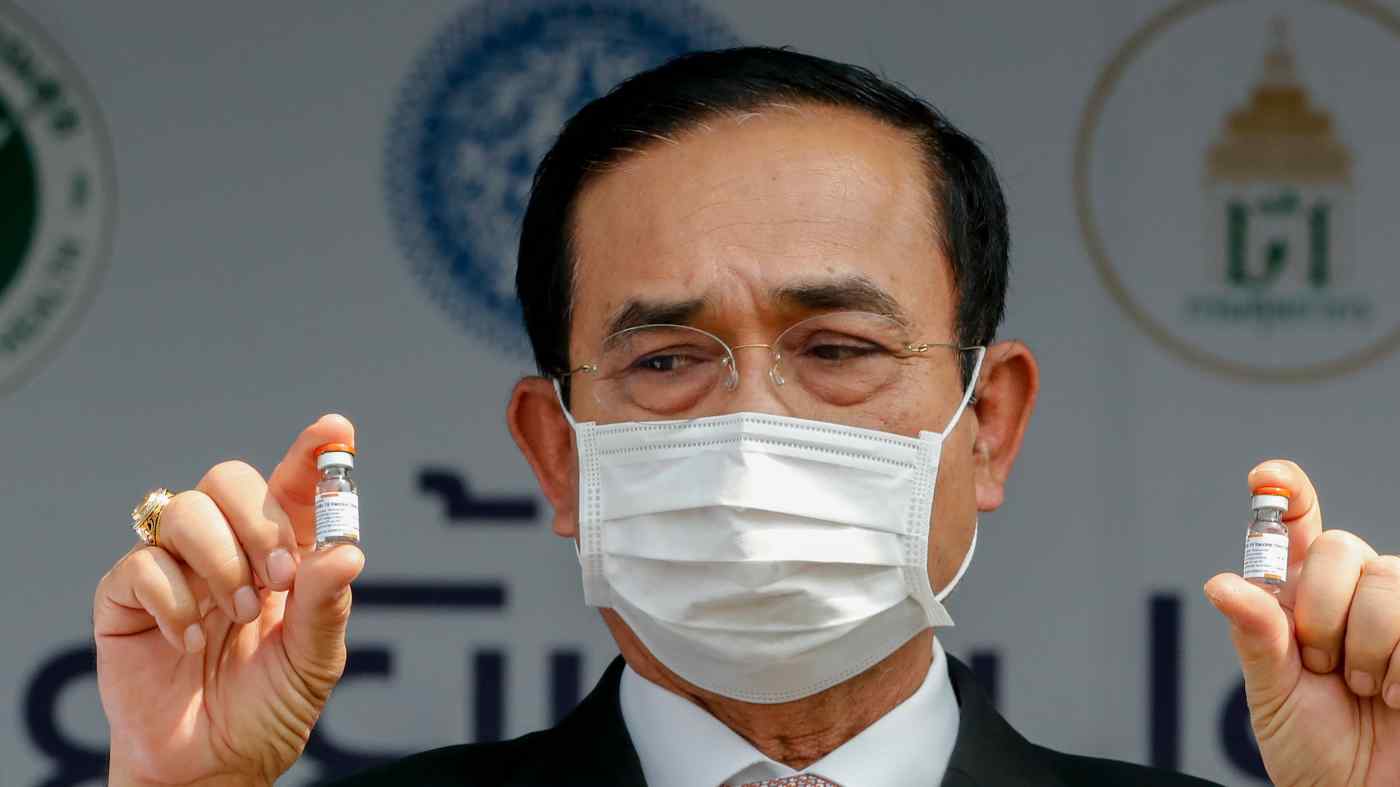 BANGKOK -- When the coronavirus threatened to spread across Thailand a year ago, Public Health Minister Anutin Charnvirakul shocked the country's doctors by scoffing at warnings and describing the deadly COVID-19 as "a common cold."

Now, the medical profession is striking back.

A group called Mor Mai Thon ("Doctors won't tolerate this") has started an online campaign for the dismissal of Anutin, leader of the Bhumjaithai Party, the second-largest member of the ruling coalition.

This push, which comes as Thailand struggles to contain a third wave of the pandemic and vaccinate the population, has touched a nerve. The organizers' petition collected over 200,000 signatures in just a few days after it was posted on Change.org.

In the process, the doctors put Prime Minister Prayuth Chan-ocha on notice. Prayuth had been assured of support from the country's professional middle class since May 2014, when he staged a coup as the then-army chief to oust an elected government.

Another influential constituency Prayuth has counted on for similar support also is showing frustration: the corporate sector. Hope for an economic recovery is sinking in Southeast Asia's second-largest economy following a 6.1% contraction last year. Among the worst hit sectors is tourism, which was a main driver of the economy before the pandemic struck, accounting for around 20% of Thailand's gross domestic product.

Business leaders see Thailand as a laggard in vaccination compared with its Southeast Asian neighbors. The Thai Chamber of Commerce, a network of commerce and industry heavyweights, has not minced words as frustration boiled to the surface in March.

"Thailand is slow in distributing vaccines," an official from the chamber told local media around the end of that month. "This will result in a slow economic recovery."

Harsher words were delivered at the time by prominent business leaders from the tourism sector known for being Prayuth's allies since the 2014 putsch. "The government has failed to inspire the public to take the vaccine, and left them with negative feelings towards the vaccine," complained William Heinecke, founder and chairman of Minor International, a big hotel operator. "We will lose tourism trade to Vietnam, Hong Kong and Singapore because they have more efficient vaccination programs." 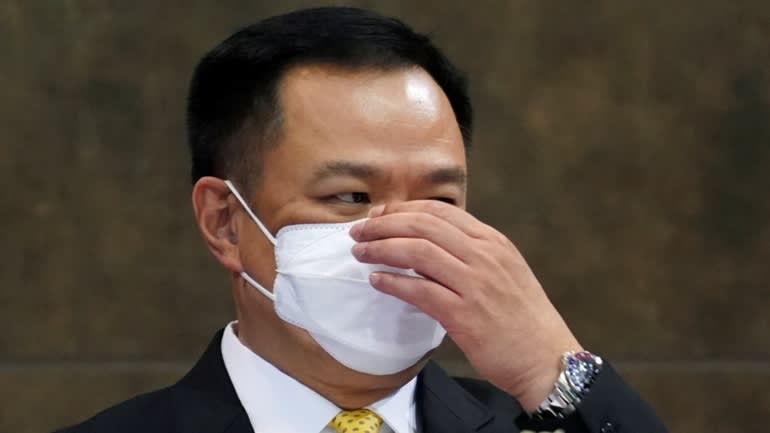 Thai Health Minister Anutin Charnvirakul provides an update in February on progress toward a COVID-19 vaccine being developed by Chulalongkorn University in Bangkok. Anutin once compared the coronavirus to "a common cold."   © Reuters

To pick up the pace, the chamber offered to provide the government with logistical support, including cold storage facilities and transportation of vaccines. Private hospitals wanted to step in, offering to secure their own supply of vaccines for distribution, but have been held back by health ministry red tape.

And as Thailand's vaccine rollout continues at a snail's pace, the mood in Thailand's corporate world has soured, prompting some analysts to say that Thai businesses -- large or medium-sized -- will not give unconditional support to the country's political leaders.

Executives at mid-size companies on the Thai stock exchange say "the government is not doing enough, and the new COVID outbreak is due to a failure of governance," according to a Thai financial insider. "They don't mind corruption and cronyism existing as part of Thailand, but not when so much is at stake."

"They are aware that complacency and corruption will remain in the country even as the economy grows, but if the economy doesn't grow and people keep dying due to COVID, then you will see anger," he told Nikkei Asia. "There is a growing view that the military-style leadership that the prime minister is familiar with is not working this time."

A recent assessment by The Economist supports this anxiety. The British publication placed Thailand 124th out of 154 countries in the percentage of adults who had received the first dose of a vaccine -- a mere 0.4%. The nation's spreading third wave of COVID-19 has produced over 180 fatalities and lifted the total caseload to 63,570, a spike from the 26,031 cases recorded by the beginning of March.

Thailand's slow vaccination efforts have overshadowed the government's success last year in containing the spread of the pandemic among its 69 million people. In January, Prayuth raised public anticipation that Thailand was trying to secure 63 million doses, which at two doses per person was expected to cover half the population.

That assurance came with a royal twist in this Southeast Asian kingdom. The vaccines were to be produced by Siam Bioscience, a company that belongs to King Maha Vajiralongkorn's multibillion-dollar asset investment portfolio, and be distributed by June. But that plan to deliver only the local version of the AstraZeneca shot through Siam Bioscience has run into delays, with the expected rollout date pushed to July.

And the government revealed its priorities -- protecting the royal family rather than delivering on public health -- when critics questioned Thailand's reliance on the Siam Bioscience collaboration. An outspoken opposition politician was charged under a draconian censorship law that threatens years in jail for anyone deemed to have insulted senior members of the royal family.

Prayuth's pro-military coalition government is scrambling to find alternative shots, including the one from Chinese company Sinovac. But the public has been left guessing whether the government will seek vaccines from Pfizer, Moderna and Johnson & Johnson.

To stem the rising discontent, the cabinet gave Prayuth sweeping powers this week to bring under his control all the ministries and departments involved in the COVID-19 response. Pushed aside for now, consequently, is Anutin, the health minister.

Political analysts see this concentration of authority in Prayuth's hands, including the power to enforce 31 laws, such as the Communicable Disease Act, as a throwback to the strongman powers he displayed as head of the junta for five years after the 2014 coup.

"It is almost like a semi-coup," said Prajak Kongkirati, a political scientist at Bangkok's Thammasat University. "Prayuth has usurped the powers from all the ministries for himself."

"He has to show that he is doing something, because the criticism is coming from his core supporters who he needs for political stability," Prajak said. "The anger over vaccines has shaken Prayuth's support base."

But government officials dismissed the criticism of a power grab as another indication that Prayuth's pro-military government is bankrupt of ideas. "It is not a seizure of power," government spokesman Anucha Burapanchaisri told the local media.