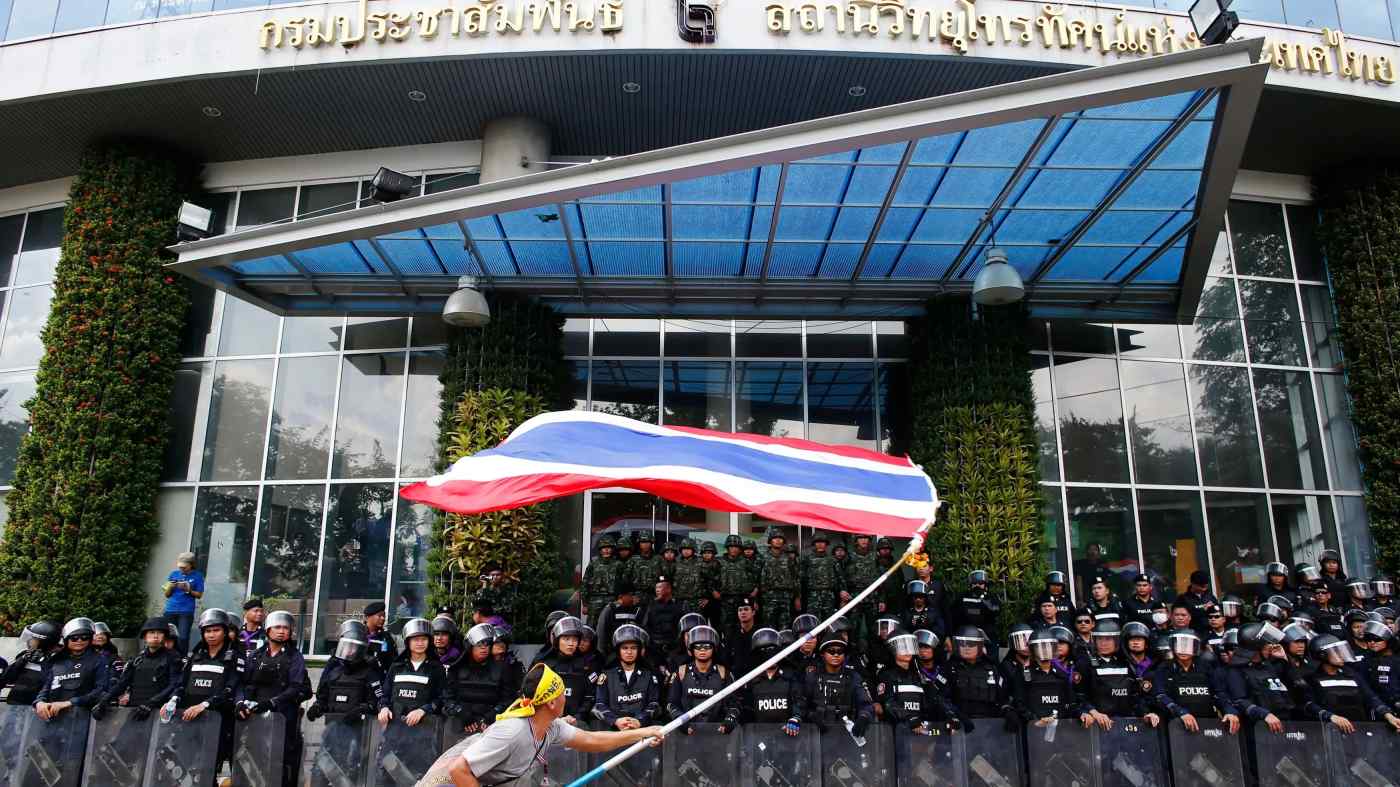 In May 2014, riot police officers and soldiers guarded the entrance of the National Broadcast Services of Thailand television station in Bangkok against anti-government protesters.   © Reuters
February 12, 2019 21:08 JST | Thailand
CopyCopied