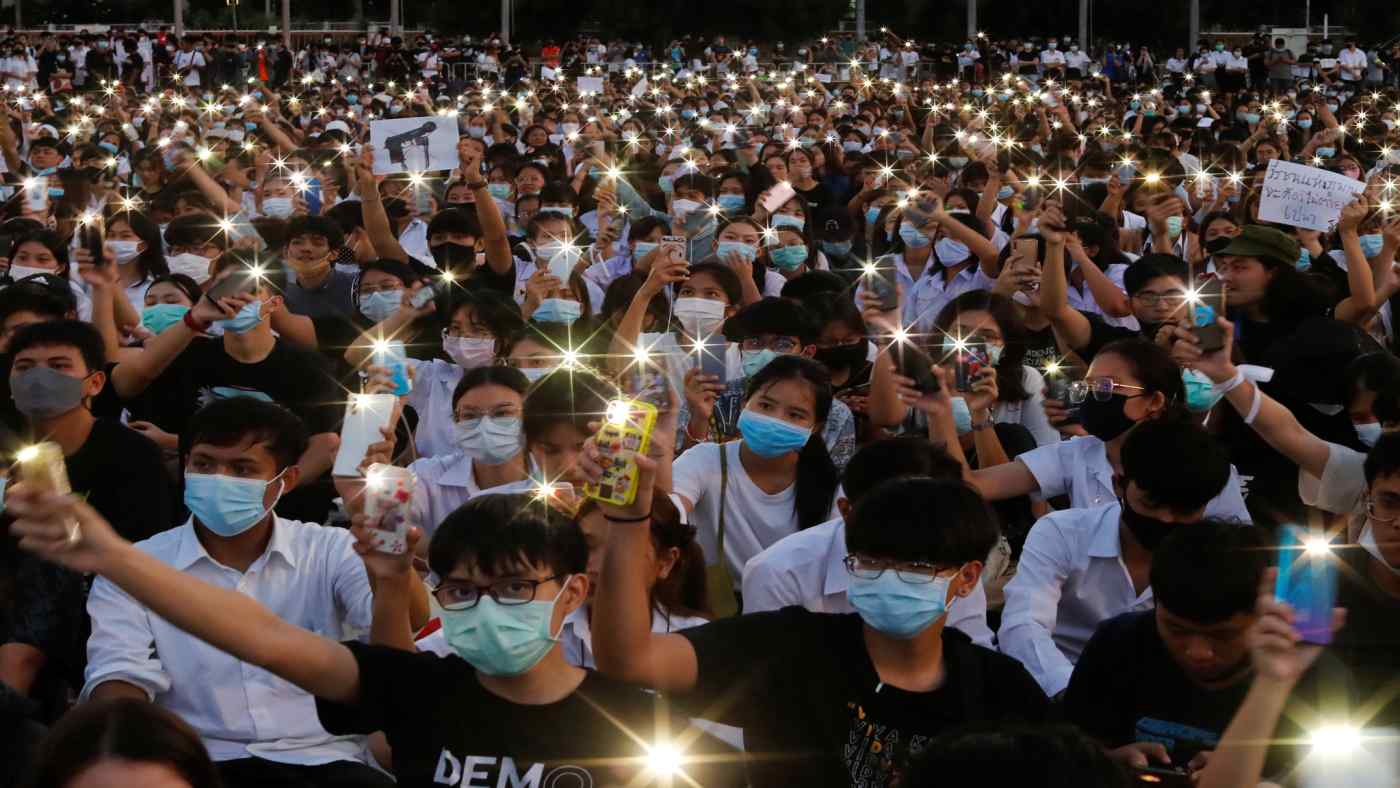 BANGKOK -- The Thai government indicated Wednesday it will extend its state of emergency through September in response to the country's first locally transmitted coronavirus case in nearly three months, fueling speculation that it seeks to clamp down on spreading protests.

This would mark the fifth extension of the decree, which has been in place since late March and is now set to last until the end of August. The cabinet will officially approve the move within the next few days.