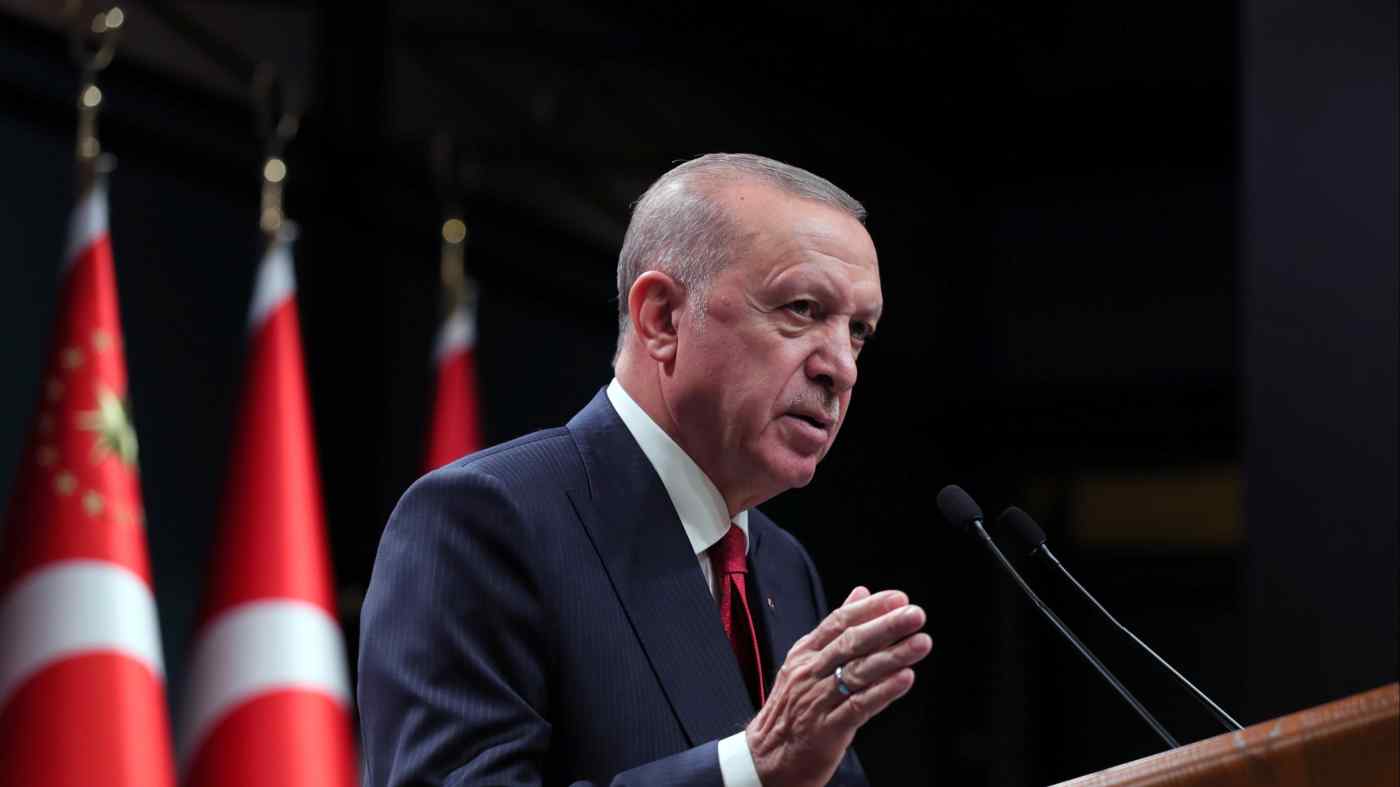 It said those dismissed were deputy governors Semih Tumen and Ugur Namik Kucuk, along with another MPC member, Abdullah Yavas.

Erdogan appointed Taha Cakmak as a deputy central bank governor and Yusuf Tuna as an MPC member, it said.

Analysts viewed the move as fresh evidence of political interference by Erdogan, a self-described enemy of interest rates who frequently calls for rate cuts.

The lira weakened to a record low of 9.1900 against the dollar after the announcement, a loss of 1% on the day. It has weakened about 19% so far this year, driven by concerns about monetary policy.

Last month, the central bank unexpectedly cut its key rate to 18% from 19% despite annual inflation of nearly 20%, sparking a new selloff in the lira, which was also hit by the dollar strengthening against other currencies.

The MPC overhaul came after the presidency said on Wednesday evening that Erdogan had met Central Bank Governor Sahap Kavcioglu, publishing a photo of Erdogan standing next to him.

A source told Reuters that both Yavas and Kucuk had lately opposed some decisions taken by the MPC, while Kucuk had also been against reserve sales to support the lira in previous years.

"Kucuk had a sentence at the MPC that is still remembered at the bank: 'The lira's stability, reputation and the price stability that comes with these are prerequisites for economic growth and development based on productivity. Growth provided by other means will not be permanent,'" the source said.

"I think it is a loss for the (central bank)," the source said of the removal of the members.

Kavcioglu said this week that the rate cut was not a surprise and had little to do with the subsequent lira sell-off.

The bank's next policy-setting meeting is on Oct. 21.

Last week, three sources familiar with the matter said Erdogan was losing confidence in Kavcioglu, less than seven months after he sacked Kavcioglu's predecessor, and that the two had communicated little in recent weeks.

Erdogan has made a series of changes to the MPC in recent years. He fired three bank governors in the last 2-1/2 years over policy disagreements, hitting the lira and badly harming the credibility and predictability of monetary policy.

"Firing central bank officials in the middle of the night without a very good explanation is not how you build central bank credibility or bolster market confidence," one foreign investor said on Thursday.

Erdogan appointed Kavcioglu in March after ousting Naci Agbal, a policy hawk who had hiked rates to 19%. Erdogan ramped up pressure for easing in June when he said publicly that he spoke to Kavcioglu about the need for a rate cut after August.