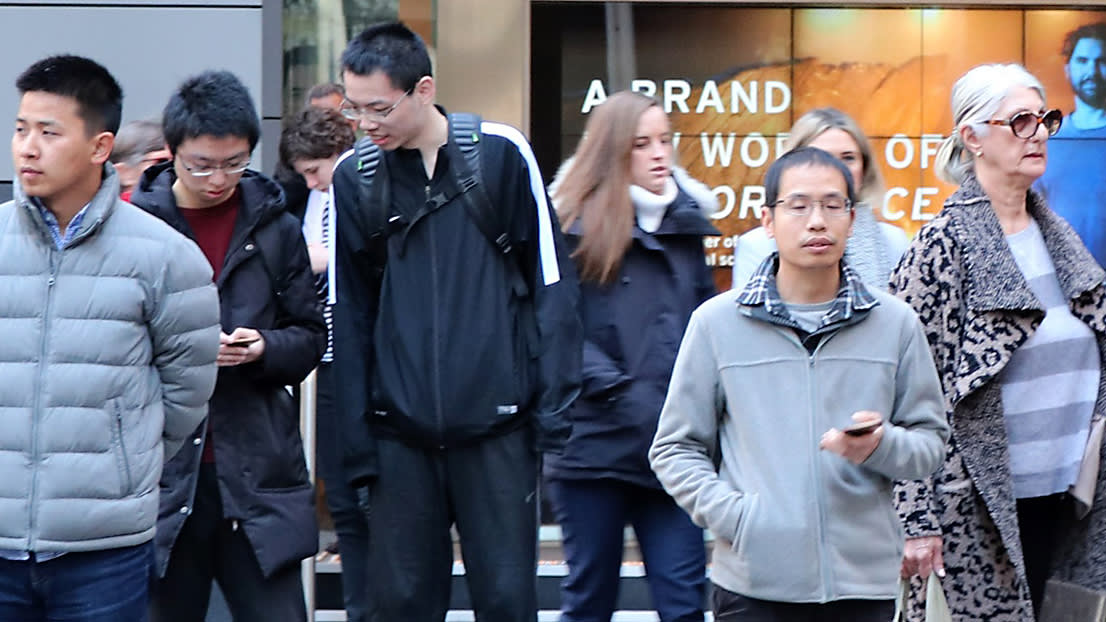 Immigrants, largely from Asia and Europe, have been a key driving force behind the Australian economy for years. (Photo by Fumi Matsumoto)

SYDNEY -- Australia is tightening the spigot on immigration under Prime Minister Malcolm Turnbull's campaign to put "Australians and Australian jobs first," with intake falling to a 10-year low for the fiscal year ended June 30.

The country accepted 162,417 new permanent residents that year -- down 11.5%. Rejections were up 46.2%, official data shows. Many of those turned down were family-based immigrants, according to local media.

Australia has capped its intake of permanent immigrants at an annual 190,000 for the past several years. The actual figure has hovered around 180,000 to 190,000 through the 2016-17 fiscal year, with 65% to 70% admitted for special skills. The rest have been spouses, children and other family members of Australian citizens and permanent residents.

The government bolstered the screening process last fiscal year in an apparent effort to appease voters ahead of the general election to be held by next May. Unemployment is rising in rural areas heavily reliant on resource exports. Such big cities as Sydney and Melbourne are also seeing a surge in housing prices, partly on an influx of wealthy Chinese. Crowding on urban public transportation has been blamed on immigration as well.

Peter Dutton, who doubles as minister for home affairs and minister for immigration and border protection, recently said he is cracking down on the migration program as he did with work visas. Dutton was referring to the so-called 457 visa used by businesses to sponsor foreign workers, which was replaced with a new visa category focused on bringing in skilled professionals in short supply here.

"We are ensuring that Australian jobs and Australian values are first, are placed first," Turnbull said when announcing the end of the 457 visa in April 2017.

Dutton reportedly urged the prime minister this April to go further by lowering the annual cap on permanent immigrants by 20,000 to 170,000. Turnbull denies this, though the final tally from last fiscal year seems to suggest otherwise.

Australia has actively taken in immigrants since the 1970s under the banner of multiculturalism. As of March 2017, 28% of Australian citizens and permanent residents were foreign-born. The national population also grew 17.8% in a decade to 24.77 million last December -- a trend largely fueled by immigrants, given a fertility rate of just 1.79 in 2016.

The resulting demand for housing construction helped underpin the economy following the commodities boom of the 2000s. The country has enjoyed the world's longest recession-free streak, which hit its 107th quarter this January to March.

Australia's optimal range for migration intake is 160,000 to 210,000 people a year, according to Liz Allen, a postdoctoral fellow at Australian National University. "If intake were to drop below, or above, the optimal range, I'd be very concerned for the social, economic and demographic well-being of Australia," she explained.