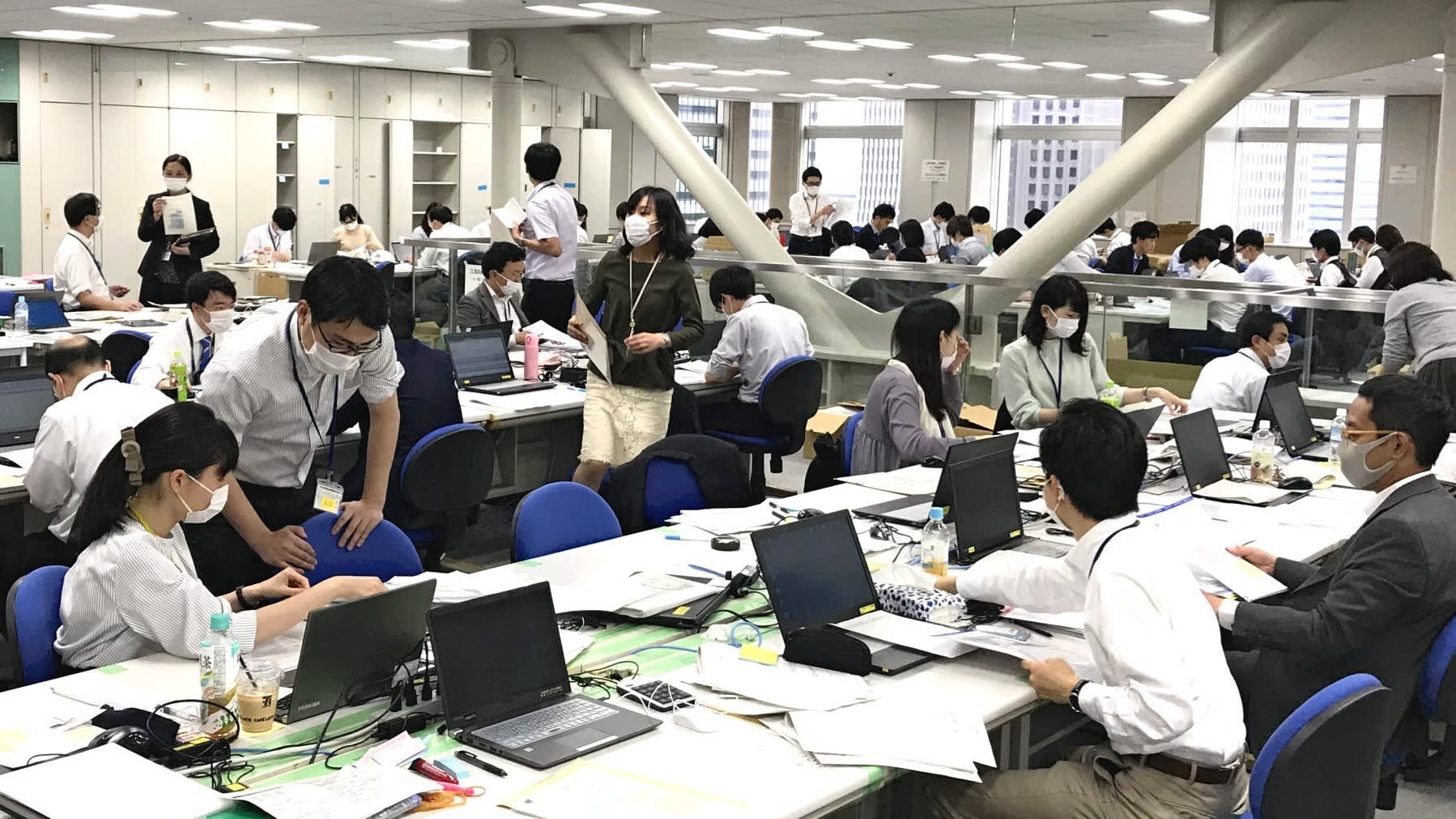 TOKYO -- Japan's government on Wednesday pledged to move all government procedures online within a year, after the slow and troubled distribution of coronavirus support funds served as a wake-up call.

But the plan recalls a similar initiative from two decades ago that failed because of factors still plaguing Tokyo today.

The "e-Japan" strategy announced in 2001 called for treating electronic records in the same way as paper by fiscal 2003 and making Japan "the world's most advanced IT nation" within five years.

The problem lay not with the ambitiousness of these targets, but with a mutual lack of will among lawmakers, bureaucrats and the private sector to achieve them.

With no need to worry about competition, Japan's bureaucracy had little internal motivation to streamline its procedures. It is the job of politicians to prod bureaucrats to action in such situations, but past administrations did not make it a priority.

In the U.S., Al Gore as vice president advocated the creation of an "information superhighway" in the 1990s, which laid the foundation for today's internet-centric society and the world-beating American tech sector. But Japanese politicians had little interest in an issue they did not see as a vote-winner.

This apathy rubbed off on a private sector with strong ties to the government.

Japan's telecom industry was once internationally competitive, but going into the 21st century, it continued selling outdated systems to government customers. Public-sector demand allowed companies to count on a steady flow of sales without needing to venture into new fields.

In 2013, Tokyo established a "chief information officer" post to integrate its disparate systems, with jurisdiction over the IT Strategic Headquarters set up under the e-Japan initiative.

But the IT headquarters got an icy reception from government agencies, due at least partly to the large number of staffers brought in from the private sector, and the body had little authority to deal with this resistance. And Japan's highly compartmentalized bureaucracy lacks the sort of frameworks for cross-agency procurement that facilitated digital pivots by the U.S. and U.K. governments, for example.

And Kasumigaseki, Tokyo's bureaucratic nerve center, has a dearth of tech talent of its own, in contrast to countries like the U.S. where senior tech company officials can play key roles in the public sector.

As for the new plan, the government is so far behind in going digital that it may not be physically possible to meet the one-year goal. And while the draft states that the various agencies will sets numerical targets for going digital, they still need to hammer out details as basic as what procedures will be covered.

If Tokyo had seriously pursued the goals of the e-Japan initiative, the country could be a real contender in the tech sector today. Now, unless it changes the cultural problems that stymied that plan, it risks repeating the same mistakes.