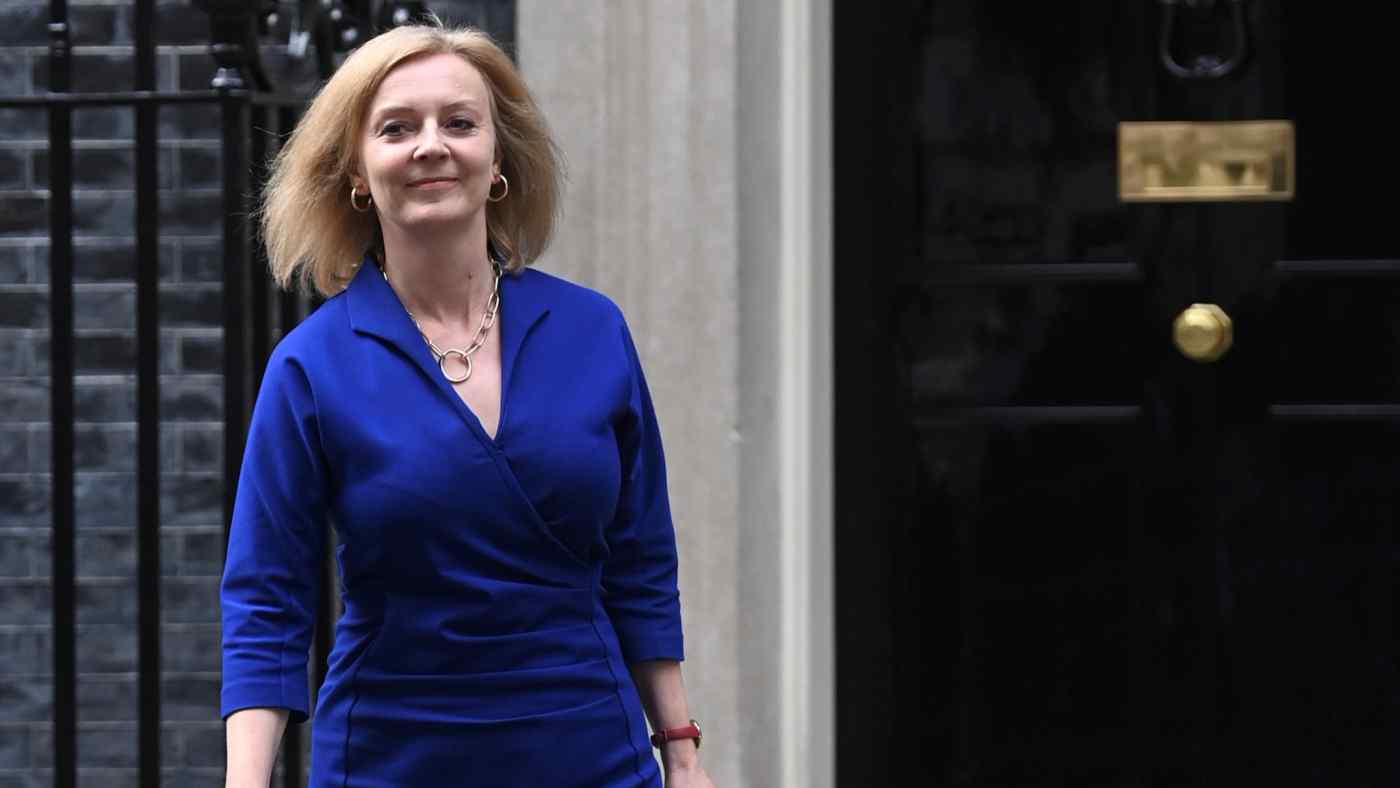 Liz Truss moves to the foreign office from the trade department where she has completed a number of trade deals since Britain left the European Union.   © Reuters
September 16, 2021 05:11 JST | Europe
CopyCopied

Ending regional inequality is key to the agenda set in 2019 when Johnson won the biggest Conservative Party parliamentary majority since Margaret Thatcher. But the issue has been eclipsed by COVID-19 and headlines about ministerial gaffes.

The replacement of Dominic Raab with former trade minister Liz Truss at the foreign office underlined the rationale behind the reshuffle: move those whose blunders have buffeted the government and promote those who have avoided crises.

"We know the public also want us to deliver on their priorities, and that's why the prime minister wants to ensure we have the right team in place for that," Johnson's spokesman told reporters.

A source in Johnson's office said the British leader would appoint ministers "with a focus on uniting and leveling up the whole country." Finance Minister Rishi Sunak remains in post. British Prime Minister Boris Johnson has gone ahead with a cabinet reshuffle that had been rumored for weeks.   © Reuters

Truss, a favorite in the Conservative Party, moves to the foreign office from the trade department where she has completed a number of trade deals since Britain left the European Union. Anne-Marie Trevelyan moves to trade after being a climate minister.

Truss replaces Raab, who has faced calls to resign since he went on holiday in Crete as the Taliban advanced on the Afghan capital, Kabul. He was demoted to the Justice Ministry.

To soften the blow, Raab was also appointed deputy prime minister, a role he played in all but name when he stepped in to lead government when Johnson was fighting for his life in hospital with COVID last year.

Michael Gove, seen as a key player in the Johnson government, was moved to housing from his position in the cabinet office, a department at the center of government which drives the implementation of policy. He was replaced by Stephen Barclay, a former Brexit minister.

Raab's and Gove's moves followed the sackings of three others: Gavin Williamson as education minister, Robert Buckland as justice minister and Robert Jenrick as the housing minister.

Buckland had not committed any gaffes or been criticized over his decision-making, but was moved to make way for Raab.

Williamson's downfall had been widely expected after he was criticized for his handling of school closures and exams during the COVID pandemic and for confusing two Black campaigning sportsmen.

Jenrick had been under fire over his role in a 1 billion pound ($1.4 billion) development proposed by a Conservative Party donor.

Some in his party had suggested the threat of a reshuffle helped ensure Johnson's plans for a tax rise to tackle a crisis in health and social care got party backing after it was widely criticized for hurting the lowest earners the most.

The party has since slipped in opinion polls and one of those replaced on Wednesday was its chair, with former Culture Minister Oliver Dowden taking over the post.

Critics accused Johnson of seeking to overshadow the opposition Labour Party's planned vote in parliament on the government's decision to scrap extra support for low-income families.

But some Conservative lawmakers said it had been simply long overdue. One lawmaker, speaking on condition of anonymity, described the cabinet as a boat which was "appallingly encrusted with barnacles."