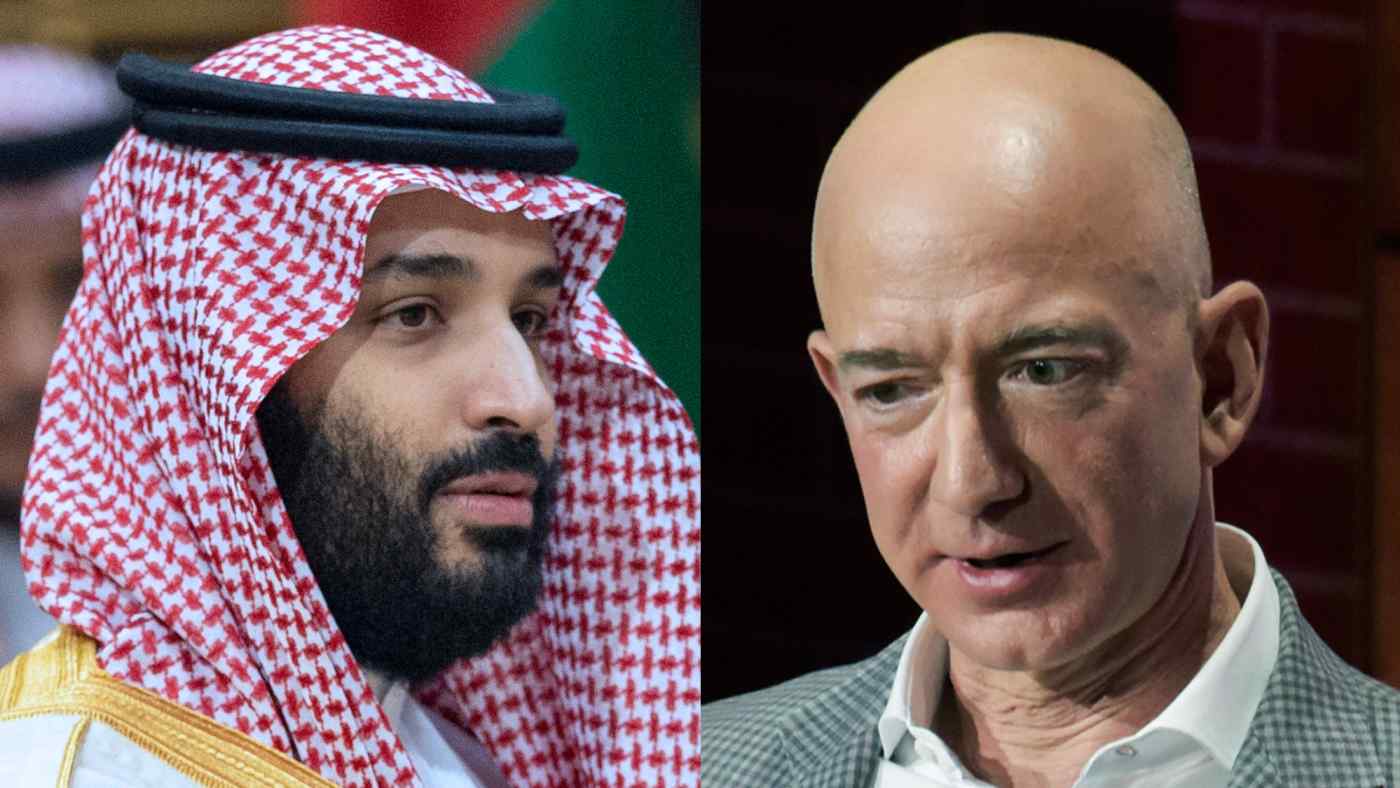 SAN FRANCISCO/WASHINGTON (Reuters) -- U.N. experts have demanded an immediate investigation by U.S. and other authorities into allegations that Saudi Arabia's crown prince was involved in a plot to hack the phone of Amazon boss and Washington Post owner Jeff Bezos.

The U.N. special rapporteurs, Agnes Callamard and David Kaye, said on Wednesday they had information pointing to the "possible involvement" of Crown Prince Mohammed bin Salman in the alleged 2018 cyberattack, which preceded alleged threats by the National Enquirer to publish intimate photographs of the billionaire tech tycoon.

Callamard, the special rapporteur for extra-judicial killings, and Kaye, special rapporteur for free expression, said in a statement that they believed the hack was carried out "in an effort to influence, if not silence, The Washington Post's reporting on Saudi Arabia" and called for an "immediate investigation by U.S. and other relevant authorities."

Their recommendation is not binding, and how quickly - if at all - U.S. officials might act on it was not immediately clear. The Wall Street Journal said an FBI investigation into the hack was ongoing.

The rapporteurs based their call for an investigation on a 17-page forensic report drawn up by Washington-based FTI Consulting, which a source familiar with the matter said had been commissioned by Bezos. The report alleges with "medium to high confidence" that the billionaire's iPhone X was hijacked by a malicious video file sent from a WhatsApp account used by the crown prince on May 1, 2018.

The report, a copy of which was first published by Motherboard, said that within hours of receiving the video file there was "an anomalous and extreme change" in the device's behavior, with the level of outgoing data from the phone jumping nearly 300-fold.

FTI Consulting said in an email that its work was confidential and it would not comment further.

The allegations could further damage relations between Bezos and Riyadh and risk harming the kingdom's reputation with foreign powers and investors.

The hacking is said to have taken place months before the October 2018 murder of Saudi journalist Jamal Khashoggi, a Washington Post columnist and critic of the crown prince.

The CIA believes that Prince Mohammed ordered the killing of Khashoggi, sources told Reuters weeks later. He was murdered in the Saudi consulate in Istanbul by Saudi agents and his body dismembered.

Prince Mohammed, or MbS, said last year that the killing was carried out by rogue operatives and that he did not order it.

"I think 'absurd' is exactly the right word," he told Reuters in an interview in Davos. "The idea that the crown prince would hack Jeff Bezos' phone is absolutely silly."

"We call for an investigation on these claims so that we can have all the facts out," it said in a message posted on Twitter.

On Twitter, Bezos published a photograph of himself at a service for Khashoggi with a single word: "Jamal."

The special rapporteurs, who released their findings in a statement, report to the United Nations Human Rights Council but are independent watchdogs and not U.N. officials.

They stopped short of identifying which specific technology might have been used in the alleged hack, but said software like that made by Israeli company NSO Group or Italian spyware maker Hacking Team could potentially have been deployed.

NSO denied its technology was used in the alleged hack.

"We know this because of how our software works and our technology cannot be used on U.S. phone numbers," it said. "Our products are only used to investigate terror and serious crime."

After a merger last year, Hacking Team is now part of Swiss-Italian cyber intelligence firm Memento Labs. Memento Labs' head, Paolo Lezzi, was not immediately available to comment but has previously said he has no knowledge of Hacking Team's former operations.

The alleged hack deepens the intrigue around how the Enquirer - which had close links with U.S. President Donald Trump at the time of the alleged extortion - obtained messages exchanged between Bezos and Lauren Sanchez, an ex-TV anchor who the tabloid said he was dating.

Last year Bezos' security chief said the Saudi government was the source of the messages. A month before, Bezos had accused the Enquirer's owner of trying to blackmail him with the threat of publishing "intimate photos" he allegedly sent to Sanchez.

All this took place as Trump - who has closely allied the United States with bin Salman - was clashing with Bezos and the Washington Post in public.

"So sorry to hear the news about Jeff Bozo being taken down by a competitor," Trump gloated on Twitter as news of the clash between Bezos and the Enquirer went public. Trump also took the opportunity to take a shot at the Post: "Hopefully the paper will soon be placed in better & more responsible hands!"

The Saudi government has denied having anything to do with the National Enquirer's reporting.