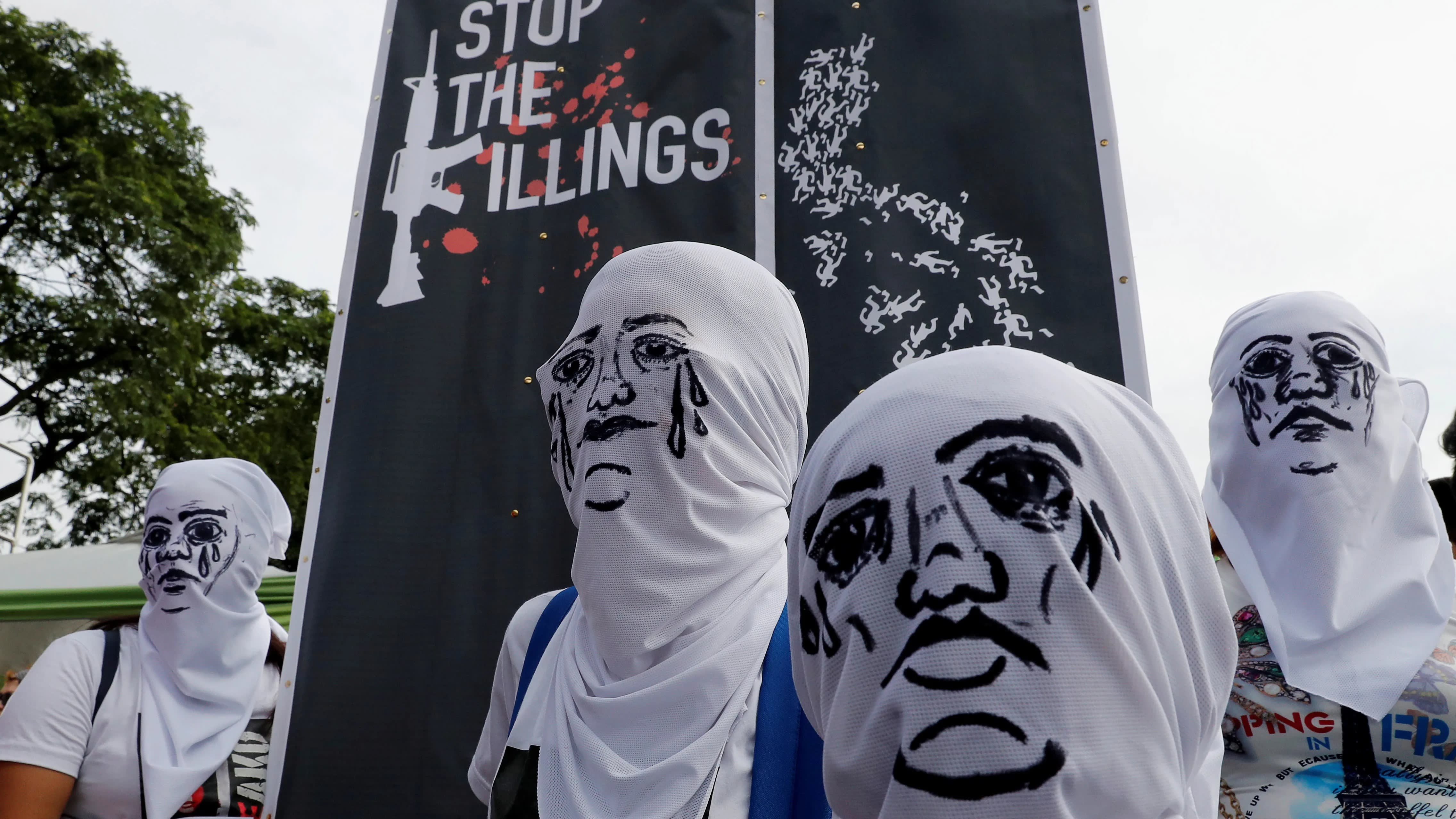 GENEVA (Reuters) -- The U.N. Human Rights Council voted on Thursday to set up an investigation into thousands of killings in Philippine President Rodrigo Duterte's so-called 'war on drugs' -- a step that activists said was long overdue.

Duterte's government says that around 6,600 people have been killed by police in shootouts with suspected drug dealers since Duterte was elected in 2016, on a platform of crushing crime. Activists say the death toll is at least 27,000.

A resolution, led by Iceland, was adopted at the forum in Geneva by a vote of 18 countries in favor and 14 against, including China, with 15 abstentions, including Japan.

"We have put forward a balanced text with a very modest ask -- simply requesting the High Commissioner to prepare a report for discussion by June next year," Iceland's ambassador Harald Aspelund told the forum. Iceland joined the 47-member council last year after the United States quit.

The Philippines delegation lobbied against the resolution, which asks national authorities to prevent extrajudicial killings and U.N. High Commissioner for Human Rights Michelle Bachelet to report back on her findings in a year.

Philippines Ambassador Evan Garcia took the floor again after the vote to read a statement by the Manila foreign ministry.

"The temptation is strong to walk away from all this, with well-deserved contempt for the minority of countries that have the least moral standing to raise their false issues to the discredit of the Human Rights Council," he said. "But the Philippines remains true to the cause of human rights.

"We will continue to work with Council to advance a noble mandate to respect, protect and fulfill human rights and rescue it from misuse."

Duterte, asked by reporters in Manila whether he would allow access to U.N. rights officials to investigate, replied: "Let them state their purpose and I will review it."