Shanghai-based energy conglomerate is thought to be mastermind

HONG KONG -- The U.S. Department of Justice has arrested a former Hong Kong government official and Senegal's ex-foreign minister over a corruption plot hatched by a mainland Chinese company.

Hong Kong's Patrick Ho Chi-ping, 68, and Senegalese Cheikh Gadio, 61, were arrested in New York on Saturday and Friday respectively, according to a statement released on Monday that said the two were found "participating in a multi-year, multimillion-dollar scheme to bribe high-level officials in Chad and Uganda in exchange for business advantages for a Chinese oil and gas company."

The company was not specified, but widely speculated to be CEFC China Energy, a private conglomerate with interests in energy and financial services. Founded in 1980 by tycoon Ye Jianming, the Shanghai-based company has gained prominence in recent years by signing lengthy oil and gas agreements with companies in the Middle East and Central Asia, and taking sizable stakes in foreign logistics and infrastructure players.

Its most recent deal was to acquire a 14% interest in Rosneft Oil, a Russian state-controlled oil company listed in London, for $9 billion in September. It also bought a football club and a building in Prague among other overseas investments.

The money-laundering dealings, allegedly arranged in the halls of the United Nations, were aimed to "generate business" by paying bungs to the Chad president and the Ugandan foreign minister, according to Joon H. Kim, the acting Manhattan U.S. Attorney, who found that almost a million dollars was wired through New York's banking system.

Angel Melendez, special agent in charge at the Homeland Security Investigations, noted that the funds were "disguised as charitable donations," and someone used "his position with a United Nations Council to further the scheme."

Melendez was alluding to Ho, the deputy chairman of China Energy Fund Committee, a Hong Kong-based think tank endowed with a special consultative status with the United Nations Economic and Social Council.

Funded by Ye, the nonprofit organization claimed that it focused on public diplomacy with special emphasis on energy and culture, and sought to promote international cooperation. It has engaged former political leaders from various countries as advisers and researchers.

Ho, previously an ophthalmologist, was Hong Kong's secretary for home affairs between 2002 and 2007. Between 1993 and 2013, he was also a member of the Chinese People's Political Consultative Conference, which convened alongside the country's rubber-stamp legislative body every March.

The U.S. authority found Ho and Gadio were involved in two schemes beginning in or around October 2014. 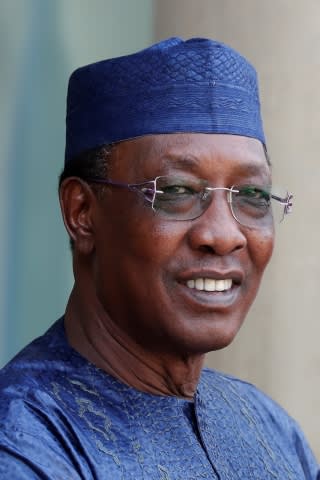 In one case, Ho helped Ye's company to offer a $2 million bribe to Chad President Idriss Deby to secure business advantages, including an exclusive opportunity to obtain particular oil rights in Chad free of international competition. Earlier that year, the company was fined $1.2 billion by the Chad government for environmental violations. Senegal's Gadio, who ran an international consultancy, connected Ho with Deby for $400,000 in kickbacks.

In another case, Ho helped facilitate a $500,000 bribe paid to Uganda's Minister of Foreign Affairs Sam Kutesa who had completed his term as the president of the U.N. General Assembly lately. Ho was said to have enticed Uganda's foreign minister and president with gifts and "promises of future benefits," which included profits of a potential joint venture between Ye's company and businesses owned by the families of the two Ugandan officials. Ye was also looking to buy a Ugandan bank at the time.

Donald Tsang Yam-kuen, the second chief executive of the special administrative region, was found guilty of misconduct in public office in February.