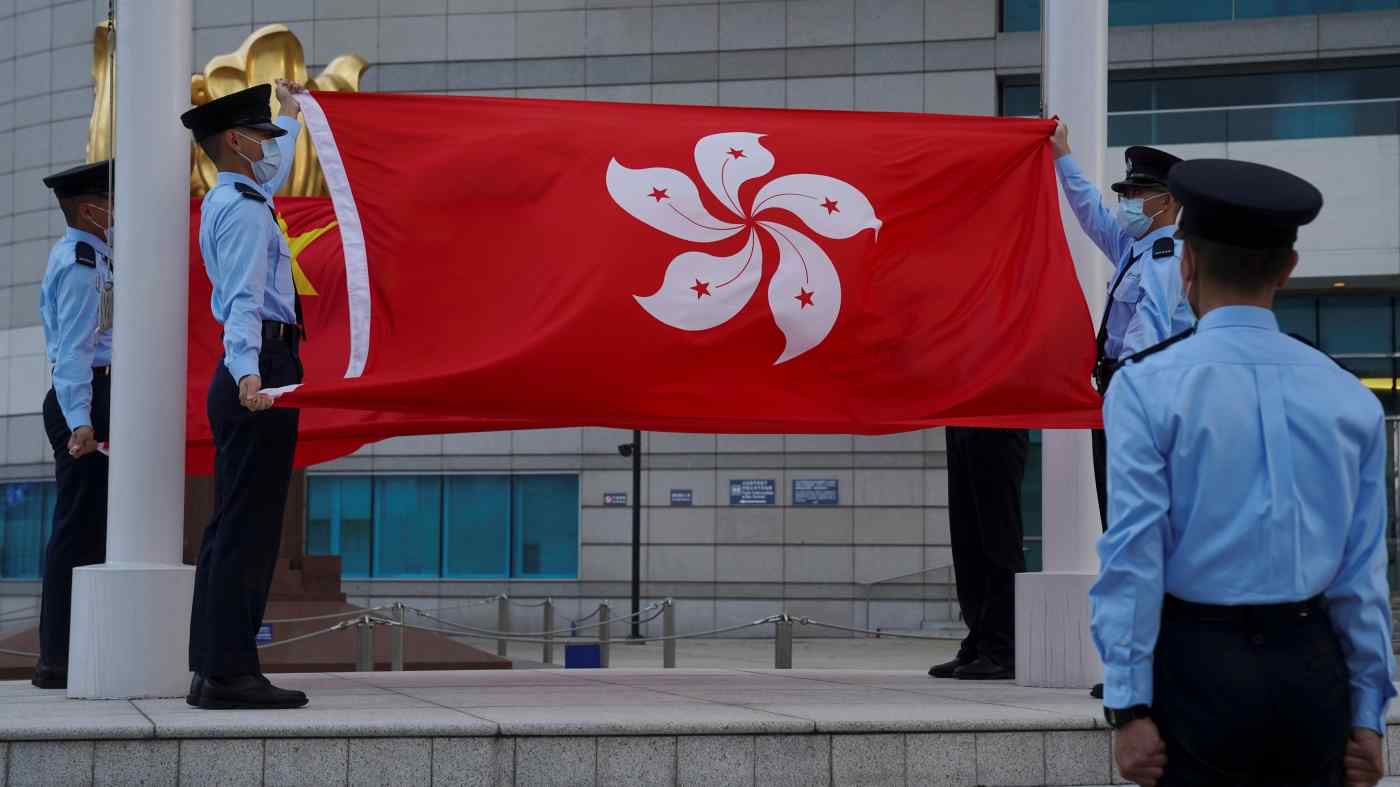 Publicly elected officials will hold just over 20% of the seats in Hong Kong's next legislature, down from a majority, under changes adopted in Beijing.   © Reuters
March 31, 2021 13:30 JST | North America
CopyCopied

WASHINGTON (Reuters) -- The United States strongly condemns moves by China to further reduce political participation and representation in Hong Kong and is deeply concerned by a second delay in the territory's LegCo elections, the U.S. State Department said on Tuesday.

"We are deeply concerned by these changes to Hong Kong's electoral system, which defy the will of people in Hong Kong and deny Hong Kongers a voice in their own governance," a State Department spokesman said in an email when asked about the changes finalized on Tuesday.

The measures are part of Beijing's efforts to consolidate its increasingly authoritarian grip on Hong Kong following the imposition of a national security law in June, which critics see as a tool to crush dissent.

Britain said the changes breached a 1984 Joint Declaration signed by then Chinese Premier Zhao Ziyang and British Prime Minister Margaret Thatcher in which Hong Kong's autonomy was guaranteed under a "one country, two systems" agreement.

The U.S. spokesman, who did not want to be identified by name, said Beijing must uphold its international obligations under the Joint Declaration.

Hong Kong Chief Executive Carrie Lam said the changes would be submitted to the territory's Legislative Council by mid-April and she expected to see them passed by the end of May.

Legislative Council elections, already postponed once to September with the government citing coronavirus, would be held in December, she said.

"We are ... deeply concerned by the delay of the September LegCo elections for the second time," the U.S. spokesman said.

The United States has imposed sanctions on Chinese officials over the crackdown on democracy in Hong Kong and announced an end to the special economic treatment the territory had long enjoyed under U.S. law.