US blacklists Chinese logistics firm over business with Iran 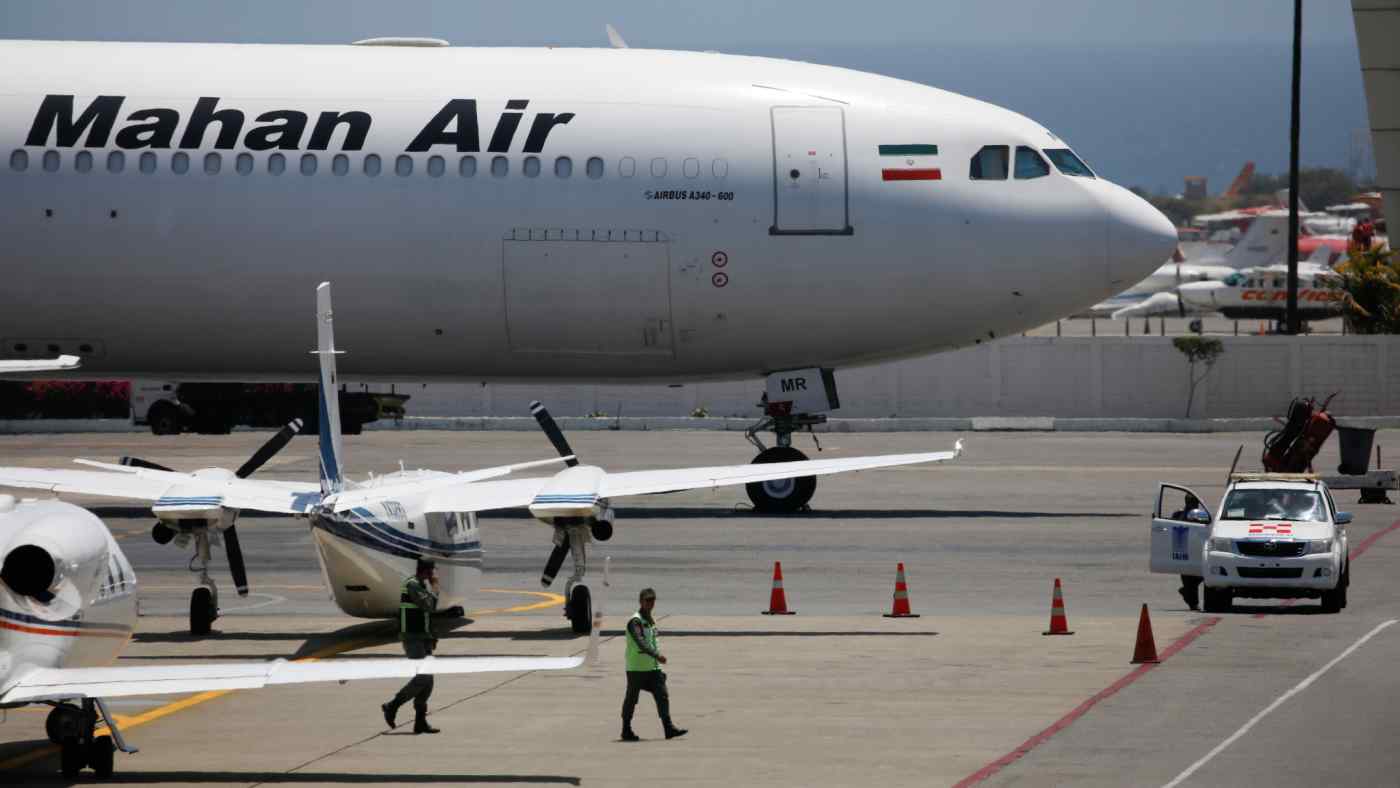 An Airbus jet of Mahan Air is seen at Simon Bolivar International Airport outside Caracas, Venezuela. The U.S. has sanctioned a Chinese logistics company for its involvement with the Iranian airline.   © Reuters
May 20, 2020 01:42 JST | China
CopyCopied

WASHINGTON (Reuters) -- Washington on Tuesday slapped sanctions on a China-based company it accused of acting on behalf of U.S.-blacklisted Mahan Air, the Treasury Department said, and denounced the Iranian airline's flights to Venezuela.

The Treasury said in a statement that Shanghai Saint Logistics Limited acted as a general sales agent for Mahan Air, blacklisted by Washington in 2011 over support it provided to Iran's Islamic Revolutionary Guard Corps.

Tuesday's action freezes any U.S.-held assets of Shanghai Saint Logistics and generally bars Americans from doing business with the company.

"This designation serves as another reminder that companies still providing services for Mahan Air -- in the PRC or anywhere else -- risk potential U.S. sanctions," U.S. Secretary of State Mike Pompeo said in a statement, using the acronym for the People's Republic of China.

The Treasury said Mahan Air is operating charter flights to Venezuela for Iranian technicians and technical equipment, using materials sourced from China, in support of Venezuelan President Nicolas Maduro and paid for by the government with gold bars from the Central Bank of Venezuela.

The United States and dozens of other nations recognized Venezuelan opposition leader Juan Guaido as interim president last year. But Maduro remains in power, backed by Venezuela's military as well as Russia, China, Cuba and Iran.

The United States also maintains punishing sanctions on Iran aimed at containing its regional power in the Middle East, measures that were reimposed after U.S. President Donald Trump pulled out of an international nuclear deal with Tehran.

A senior U.S. official told Reuters last week that the administration is considering measures it could take in response to Iran's shipment of fuel to crisis-stricken Venezuela.