US calls for 'strongest possible' sanctions against North Korea

UNITED NATIONS -- The U.S. called on the Security Council Monday to swiftly adopt a resolution imposing further sanctions against North Korea for its latest nuclear provocation. 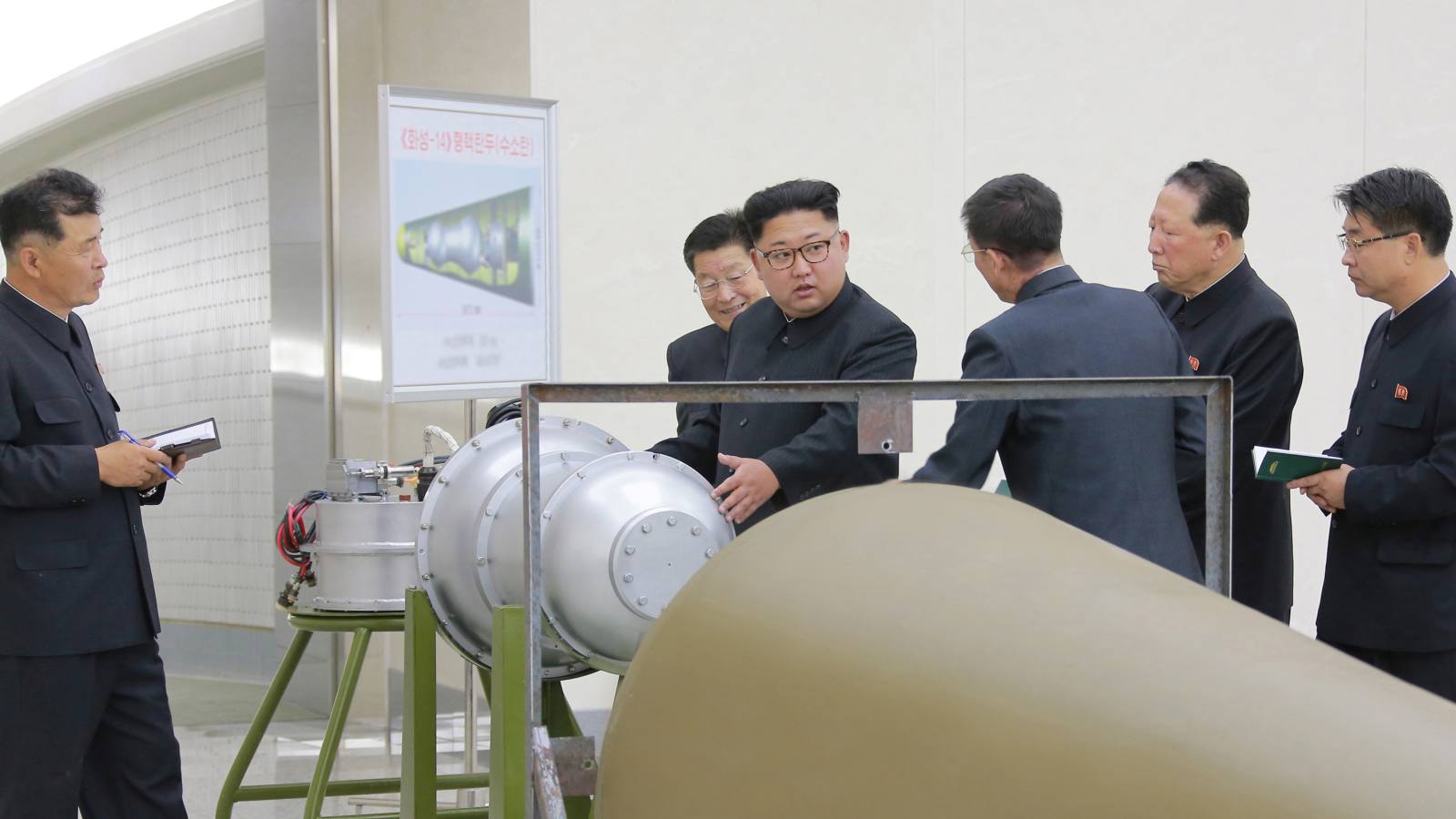 U.S. Ambassador to the United Nations Nikki Haley made the proposal at an emergency council meeting held the day after Pyongyang tested what it claims to be a hydrogen bomb that can be mounted on an intercontinental ballistic missile.

"The time has come to exhaust all diplomatic means to end this crisis, and that means quickly enacting the strongest possible measures here in the Security Council," Haley said.

War is not America's wish, "but our country's patience is not unlimited," Haley said. "We will defend our allies and our territory."

Haley also warned that the U.S. would scrutinize countries that have trade or financial ties with Pyongyang. "The U.S. will look at every country that does business with North Korea as a country that is giving aid to their reckless and dangerous nuclear intentions."

Haley said she would circulate a draft resolution with an aim to put it to a vote next Monday, after a Security Council mission returns from a trip to Ethiopia.

The U.S. push for sanctions is backed by some council members, including Japan, France and the U.K. But for any resolution to pass, it must gain support, or at least not be vetoed, by the five permanent members -- the U.S., the U.K., France, China and Russia.

In remarks to the council Monday, Chinese Ambassador Liu Jieyi condemned the North's nuclear test but made no indication of support for further sanctions.

"China will never allow chaos and war" on the Korean Peninsula, Liu said. "The parties concerned must strengthen their sense of urgency, take due responsibilities, play their due roles, take practical measures, make joint efforts together to ease the situation, restart the dialogue and talks, and prevent further deterioration of the situation on the peninsula."

Liu also pushed again for the "suspension-for-suspension" proposal backed by China and Russia, which calls for Pyongyang to halt its nuclear and ballistic missile testing in exchange for a freeze in joint military exercises by the U.S. and South Korea.

But Haley downplayed the prospect of returning to negotiations with the North, arguing that past attempts at multilateral talks had all failed, and called the Chinese-Russian suspension proposal "insulting."

"When a rogue regime has a nuclear weapon and an ICBM pointed at you, you do not take steps to lower your guard," Haley said. "No one would do that. We certainly won't."

Speaking to reporters after the meeting, Russian Ambassador Vassily Nebenzia said previous resolutions that focused exclusively on sanctions "have not worked very well before. Sanctions alone, whatever bans are introduced, will not help to solve the issue."

In remarks to the council, Nebenzia suggested that the issue be resolved "solely through political, diplomatic channels, including by leveraging the mediation efforts of the U.N. secretary-general."

Secretary-General Antonio Guterres has publicly offered his support in mediating negotiations among relevant parties and remains in contact with them, according to his spokesman's office.

In a statement Sunday, a spokesman for the U.N. chief condemned Pyongyang's nuclear test, calling the act "profoundly destabilizing for regional security," and noted that North Korea is "the only country that continues to break the norm against nuclear test explosions."