US committed to Asia's peace and stability: Pacific chief 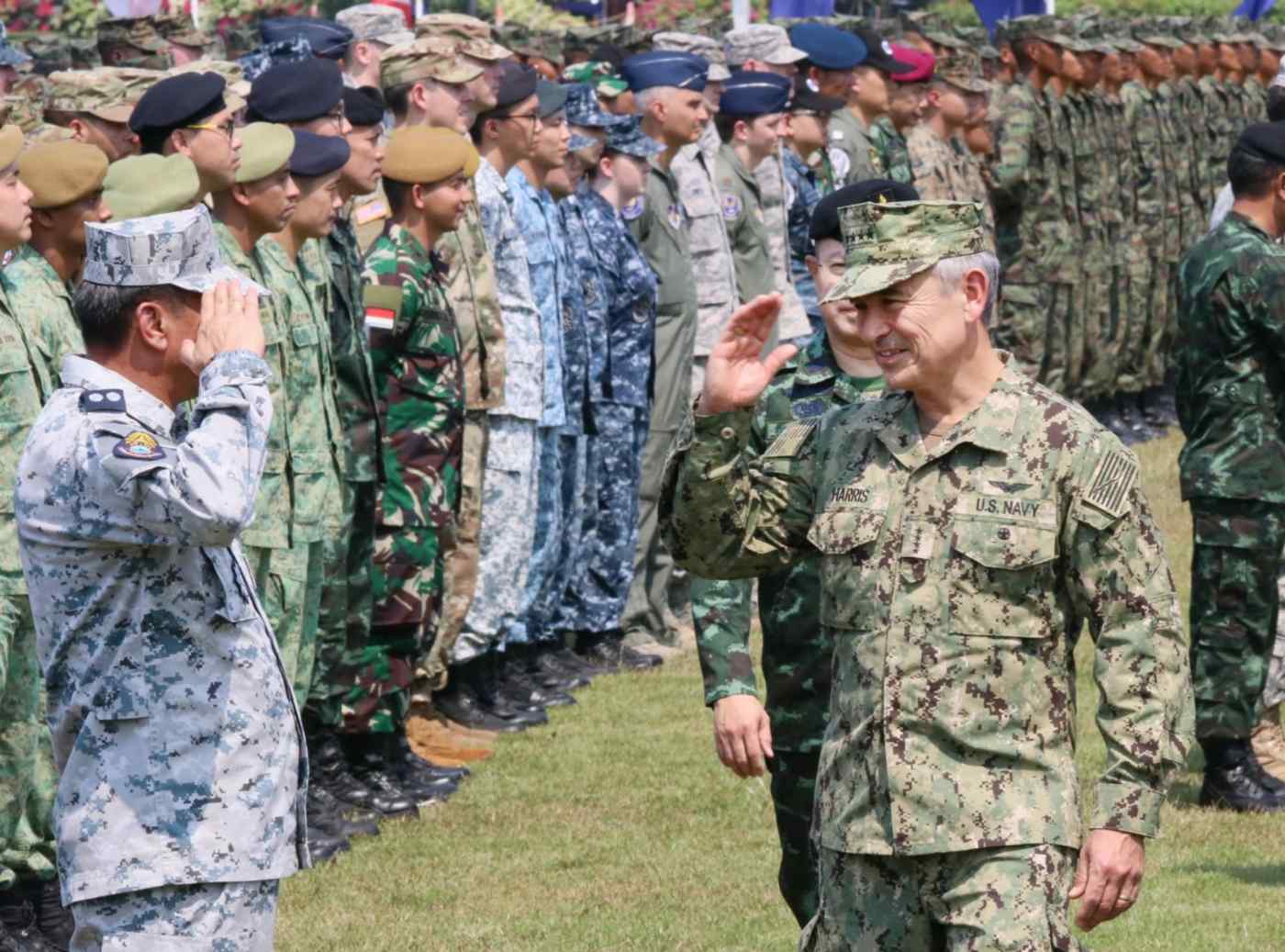 SATTAHIP, Thailand -- The chief of the U.S. Pacific Command stressed his commitment to "peace and stability in the entire Indo-Asia-Pacific region" Tuesday, as Southeast Asian countries watch cautiously for whether President Donald Trump will alter the American military presence in this part of the world.

Adm. Harry Harris made the comment to reporters during the opening ceremony of the first major military drill conducted under the new U.S. administration. It was the first time in three years that the U.S. Pacific commander attended the annual Cobra Gold exercise, one of the largest multinational drills conducted in the Asia-Pacific, a region that faces complex security issues such as the ongoing South China Sea dispute.

"His [Harris'] presence here symbolizes our attachment as an ally and friend to Thailand and a friend to the region," said Glyn Davies, the U.S. ambassador to Thailand, who also attended the ceremony in Thailand's eastern province of Chonburi.

Davies stressed that the U.S. will remain "very focused" on Southeast Asia and "reliable as a partner" to the region.

"This region, these 10 nations, these 600 million people -- this is the most dynamic part of not just Asia but the world," he said. "It is in our interest to form collaborative, cooperative and friendly relations here in Southeast Asia."

The U.S. security approach in Southeast Asia under the Trump administration remains unclear. But during his election campaign, Trump suggested withdrawing American troops from Asian allies such as Japan and South Korea. His predecessor, President Barack Obama, had emphasized the U.S. relationships with Asia in his "Pivot to Asia" strategy and upgraded military capabilities in the region.

The new secretary of state, Rex Tillerson, has made tough remarks regarding Beijing developing artificial islands in the disputed South China Sea waters, where the Philippines, Vietnam, Taiwan, Malaysia and Brunei also have competing territory claims.

In Thailand, the Obama administration had distanced itself on both the political and defense front after the current military regime toppled an elected government in a 2014 coup. The U.S. continues a scaled-down presence at the Cobra Gold drill this year with 3,528 troops, roughly 1,000 fewer than pre-coup levels.

But the Pacific commander's attendance at the exercise could pave the way for some kind of improved defense relationship, experts say. "We are looking forward to Thailand's re-emergence as a flourishing democracy, as we need Thailand as a strong and stable ally," Harris said in the opening ceremony.

Some 8,333 troops from nine countries such as Japan, Indonesia, Malaysia and South Korea are participating in the drill, which runs through Feb. 24. Chinese troops, which first joined in 2014, are also participating but only for humanitarian programs. Including nations attending as observers, such as Myanmar and Vietnam, a total of 29 countries will be involved in this year's exercise.