Brinkmanship or talks? North Korea's next move hinges on US vote 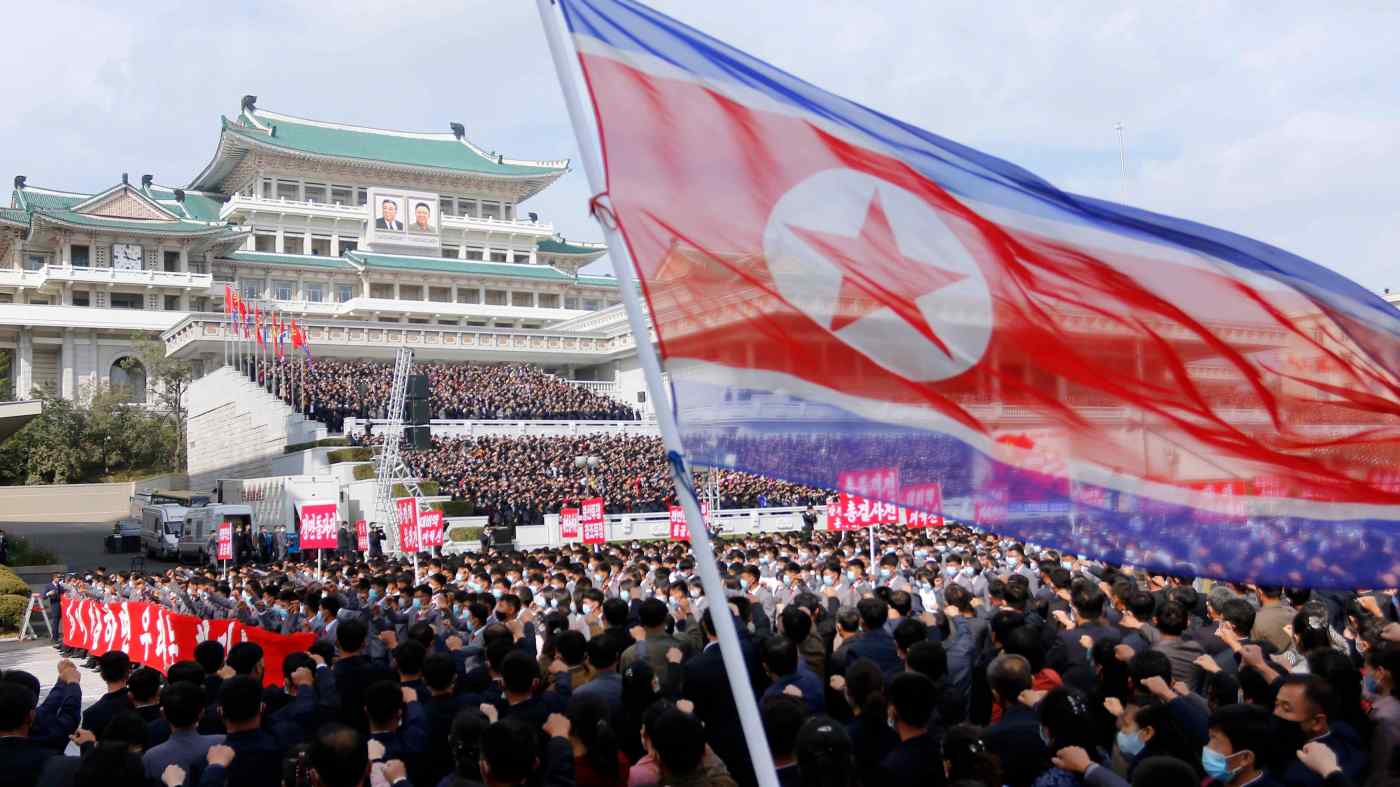 SEOUL -- One of the keenest observers of Tuesday's presidential election in the U.S. will be North Korean leader Kim Jong Un.

The result of the election will help determine whether Kim takes North Korea on a path back to brinkmanship or back to negotiations with the U.S. and South Korea.

Despite North Korea's precedent of carrying out provocations around the time of American presidential polls, the combative state has been quiet since holding a major military parade earlier this month -- an event at which it showed off a new intercontinental ballistic missile, among other improved hardware.

Regardless of whether President Donald Trump or Democratic Party candidate Joe Biden ends up victorious, North Korea will have to address a series of familiar challenges in its relations with Washington.

"Pyongyang faces a difficult balance, in that they want to get Washington's attention and get the U.S. engaged again but they don't want to do something that is so aggressive that it narrows the options that a new president would have," Clint Work, a fellow at Security for a New Century at the Stimson Center in Washington, told Nikkei Asia.

Under Trump, the U.S. held its first-ever summits with the North, with the president becoming the first sitting American leader to set foot in the isolated country. He boasts of having a friendly, mutually respectful relationship with Kim.

All that diplomacy, however, yielded no binding agreements or any other fundamental change to Washington and Pyongyang's antagonistic relations, which date back to the 1950-53 Korean War. While it has not tested a nuclear weapon since 2017, North Korea has also not given up any of its atomic arsenal.

Biden is currently leading in the polls, meaning that North Korea's leadership could be preparing to engage with a far more conventional U.S. president than Trump.

The Democratic candidate served as vice president under Trump's predecessor, Barack Obama, who took a far more hands-off approach to North Korea than the current occupant of the White House. A Biden victory could therefore mean an end to the flashy diplomacy, particularly with the U.S. in the midst of major economic and public health crises.

"It would be important for Biden to send some sort of early signal to Pyongyang that he is dealing with domestic issues and isn't able to engage immediately. It doesn't have to be a 'love letter,' but he might benefit from sending a leader-to-leader communication, if privately," Work said.

In the event that Trump is reelected, he may wish to restart engagement with Pyongyang, both to distract from those domestic issues and out of a desire to reach a more conclusive deal with Pyongyang that could cement Trump's foreign policy legacy as president.

"Trump will be motivated to try to solve the crisis with North Korea. Historical precedent shows that second-term presidents tend to focus on building up their own achievements," Seo Jung-kun, a professor of political science at Kyung Hee University in Seoul, told Nikkei. 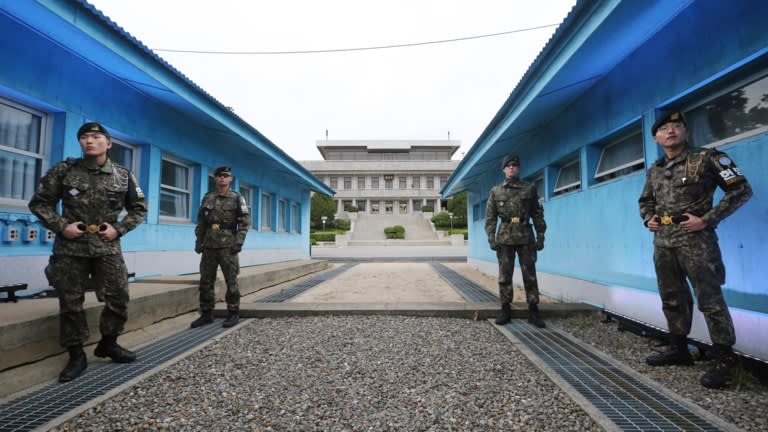 South Korean soldiers stand guard during a rehearsal to mark the first anniversary of a 2018 summit between President Moon Jae-in and North Korean leader Kim Jong Un in Panmunjom.

If Trump were to seek to restart talks with the North, he would find a willing partner in Seoul, a major ally with deep diplomatic, security and trade ties to Washington. The U.S. is South Korea's second-largest trading partner after China, and around 28,500 U.S. soldiers are stationed there as a deterrent to North Korean aggression.

The administration of President Moon Jae-in is committed to engagement with North Korea. This is despite a freeze in talks and cooperative projects between the two sides, and the unresolved killing in September of a South Korean fisheries official by North Korean soldiers.

In the event of a Biden victory, the Moon administration will likely be eager to steer the new president away from a return to the Obama-era North Korea policy of "strategic patience," which amounted to waiting for North Korea to voluntarily commit to denuclearizing. South Korean liberals criticized the policy as passive and unproductive, contending that only proactive engagement will lead North Korea to change.

Democratic Party lawmaker Song Young-gil, who is chairman of the National Assembly Foreign Affairs and Unification Committee, said this week that if Biden is elected South Korea should seek to play the role of intermediary to facilitate dialogue between Washington and Pyongyang.

Other prominent South Korean voices have argued that Seoul should hope for a Biden victory for a different set of reasons: the long-term health of South Korea's alliance with the U.S., and its security and trade implications.

"This is the election to determine whether the U.S. makes a historic transition back to liberalism, human rights and alliance values with Biden, or stays isolated with Trump," Kim Soon-deok, a columnist for the Donga Ilbo newspaper, wrote on Thursday.

"It is sad that our ruling class is preoccupied only with U.S.-North Korea relations."