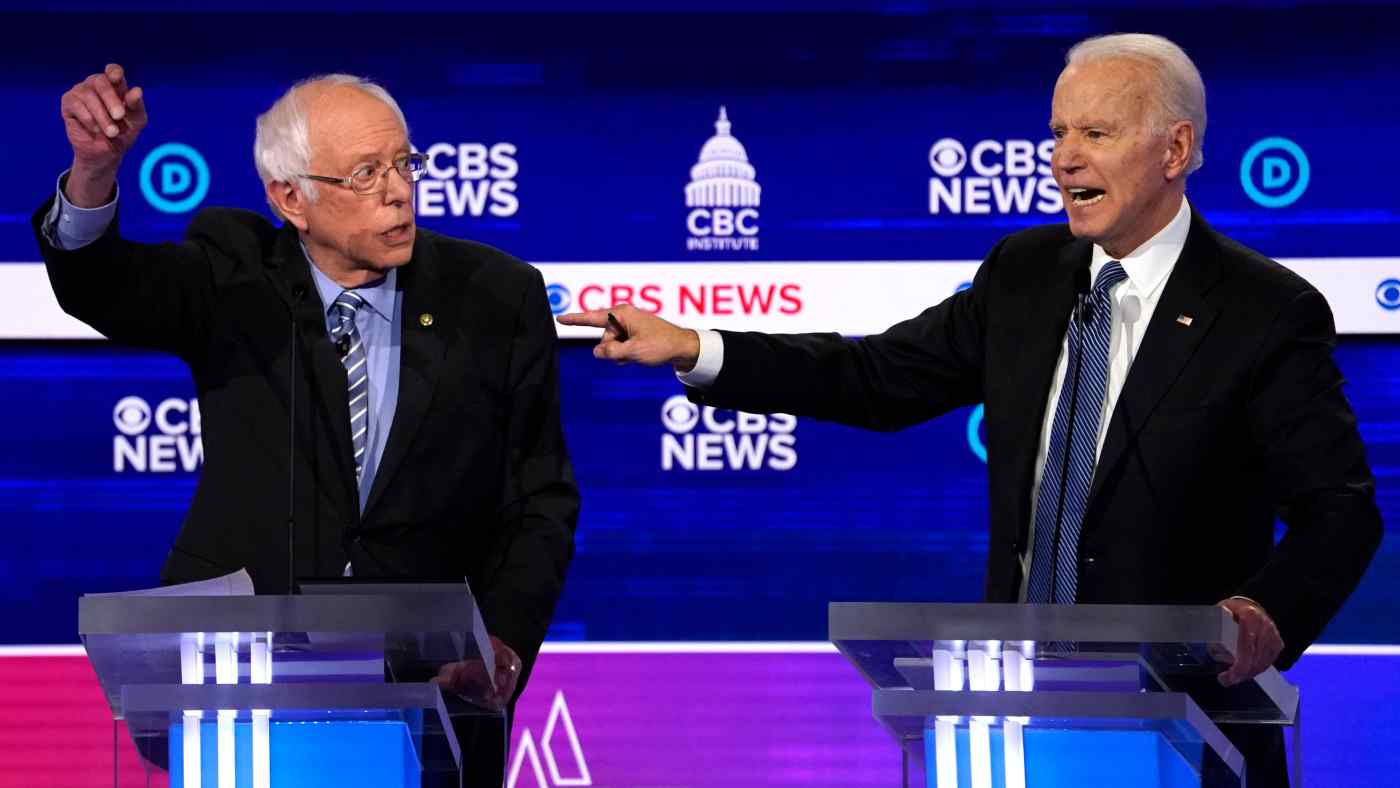 NEW YORK -- Joe Biden's resurgence in the race to become the Democratic presidential candidate has prompted his main rival, Bernie Sanders, to launch a trade offensive against the former vice president.