President-elect Joe Biden has said he would work to renegotiate the Trans-Pacific Partnership but has not clearly signaled whether he will return the U.S. to the agreement.   © AP
Nikkei staff writersNovember 16, 2020 02:55 JST | North America
CopyCopied

TOKYO/NEW YORK -- Talking about trade last year, then-U.S. presidential candidate Joe Biden warned that "either China's going to write the rules of the road for the 21st century on trade, or we are."

The president-elect will have to act quickly upon taking office, after China and 14 other Asia-Pacific countries banded together Sunday to sign the Regional Comprehensive Economic Partnership agreement, creating the world's largest tariff-free trading bloc.

RCEP will cover 30% of the world's population and 30% of global gross domestic product. But the U.S., the world's largest economy, is not a party to it. The Trump administration previously abandoned the Trans-Pacific Partnership, a free trade grouping that did not include China.

Biden has said he would try to renegotiate the TPP but has not committed to rejoining. In the 2016 race, domestic pressure led then-Democratic candidate Hillary Clinton to distance herself from the TPP. Under current President Donald Trump's "America first" ideology, the U.S. has shown little interest in joining Asia's multilateral framings.

The 15 countries at Sunday's online signing ceremony said in a joint statement that "we believe that RCEP, being the world's largest free trade arrangement, represents an important step forward towards an ideal framework of global trade and investment rules." Joe Biden smiles as former Secretary of State Hillary Clinton endorses him for president at an online town hall in April. The 2016 Democratic presidential nominee had distanced herself from the TPP.   © Reuters

China has separate free trade agreements with the Association of Southeast Asian Nations and Australia but had steered clear of such major regional trade pacts as the TPP to date.

"This is not only a monumental achievement in East Asian regional cooperation, but more important, a victory of multilateralism and free trade," Chinese Premier Li Keqiang told other members Sunday via video link.

Junichi Sugawara, a senior research officer at the Mizuho Research Institute, said that while RCEP pales beside the TPP -- RCEP phases out 91% of existing tariffs, while the TPP phases out 99.9% -- "it is no small deal to have brought China into the common rules of trade."

Especially notable about RCEP is the major removal of levies from Japanese trade with China and South Korea.

Nontariff items from Japan to China will jump to 86% from the current 8%. Likewise, nontariff items to South Korea will be 92%, as opposed to 19% today.

In automobile parts, 87% will be tradable tariff-free. Steel products, which are currently levied at 3% to 6%, and agricultural tractors, which are subject to 6% tariffs, will become tariff-free when the trade pact takes effect.

Auto parts makers have welcomed RCEP. A representative at Akebono Brake, which exports its mainstay brake pads to China, said that the elimination of tariffs will lead directly to lower costs.

Hiroto Suzuki, a partner at management consulting firm Arthur D. Little, said: "Japanese carmakers are increasingly sharing auto parts among their plants across Asia, and this will help them strengthen supply chains in the region." China, which had for years been unwilling to open up its markets, recently shifted course in its trade strategy. The new emphasis on opening doors to the outside world is a byproduct of trade tensions with the U.S. Calculating that American pressure is not likely to ease under the Biden administration, Beijing seeks to strengthen bonds with Asian neighbors to avoid being isolated internationally.

The U.S. looks to be at a crossroads. Biden pushed the TPP while serving as vice president in the Obama administration. The RCEP's advent could trigger a new American debate on global trade agreements.

But in its 2020 platform, Biden's Democratic Party vowed: "We will not negotiate any new trade deals before first investing in American competitiveness at home."

Biden has also emphasized a "buy American" stance in his stated policies, hinting at a more protectionist approach.

Midterm congressional elections are in two years, a Democratic Party insider said, adding that ambitious trade negotiations like the TPP will be shelved for the time being.

Meanwhile, at the EU, talks for a post-Brexit trade deal with the U.K. have hit a wall. 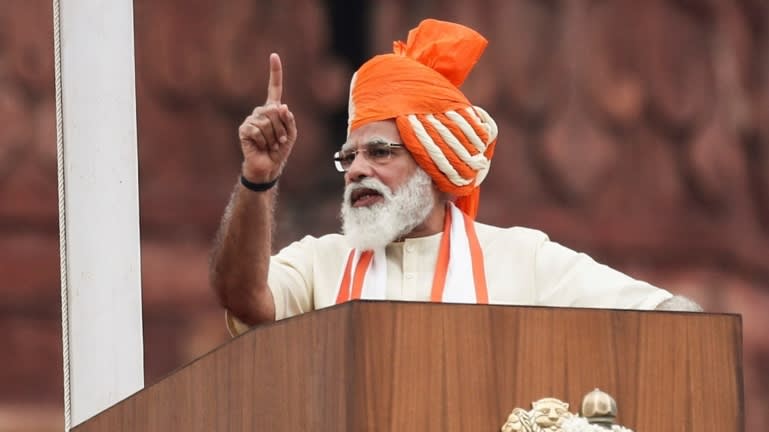 Another setback for like-minded Indo-Pacific nations is the absence of India from RCEP.

The country announced in November 2019 that it was leaving the RCEP talks and never rejoined.

More than half of India's 1.3 billion people are in agriculture -- and they stand to be hurt if cheap products, such as dairy products from New Zealand, flood the market. Prime Minister Narendra Modi has little appetite for upsetting his large base of farmers.

The Indian retreat not only stems from a desire to protect farmers, but also reflects a concern that RCEP will further widen the trade deficit with China, noted Srikanth Kondapalli, a professor in the Center for East Asian Studies at Jawaharlal Nehru University.

"It would have been better if India had participated, considering the nature of supply chains and maintaining a balance with China," said Ayako Fukuyama, chief trade analyst at Owls Consulting Group. "But the fact that the 15 countries managed to compromise and sign the pact is a major development. As the world tilts to protectionism, the Asia-Pacific region is sending a message that it will pursue free trade."

"China is shifting investment from the U.S. to ASEAN," she said. "Even without RCEP, that trend would have continued. Putting China under common rules is meaningful."