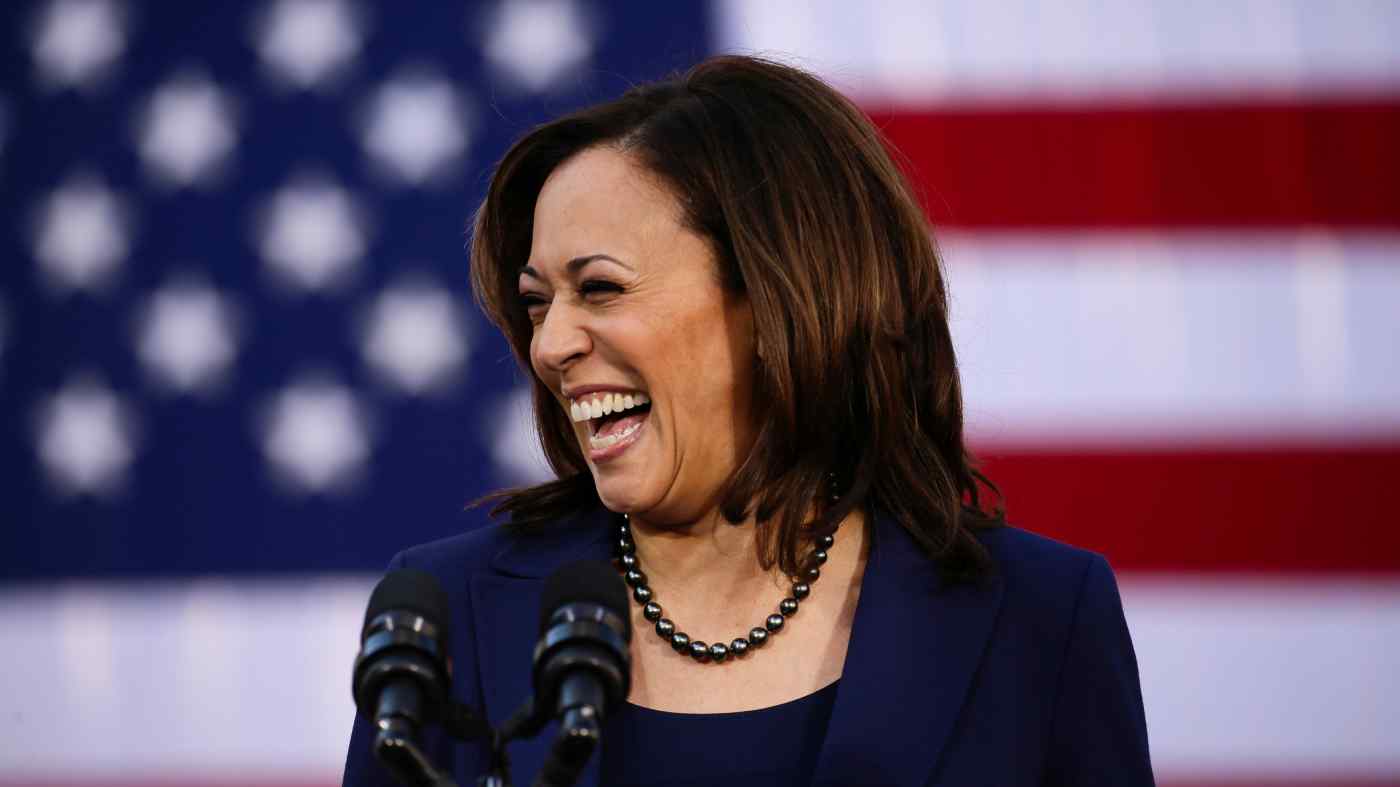 NEW DELHI -- Kamala Harris is lending her prosecutor's instincts to the U.S. Democratic Party's battle against President Donald Trump, as Joe Biden's running mate. She also brings lessons learned during walks on the beaches of India with her maternal grandfather, and from her Indian-born mother's experience as a newcomer to America.

Coupled with her Black roots from her Jamaican-born father, some analysts say Harris' multiethnic background makes her uniquely positioned to connect with both African American and Asian American voters at a moment of intense anger over racial injustice.

Harris is the first woman of color on a major U.S. party's presidential ticket.

"In the current political scenario [in the U.S.], where the Black Lives Matter movement is active, it's a two birds with one shot kind of situation," Vinod Janardhanan, a New Delhi-based journalist and independent researcher, said of Harris' cross-cultural appeal just before Biden announced he was nominating the senator and former attorney general of California.

Janardhanan, who has studied the contributions of Indian Americans to both U.S. politics and India-U.S. relations, added that picking the 55-year-old would also "reflect how the Indian American community has come of age in terms of the political spectrum."

Harris, whose first name Kamala means "lotus" in Sanskrit, was born in Oakland, California, to Shyamala Gopalan and Donald Harris. After her parents divorced, she and her younger sister were mainly raised by their mother, a civil rights activist and breast cancer researcher, who took her children on frequent trips to visit relatives in southern India.

Harris, who considers herself simply American, says her mother knew that her daughters would be seen as Black, first and foremost. In her autobiography, "The Truths We Hold," Harris writes that her mother "understood very well that she was raising two Black daughters."

"She knew that her adopted homeland would see Maya and me as Black girls, and she was determined to make sure we would grow into confident, proud Black women."

At the same time, Gopalan instilled a strong awareness and appreciation for Indian culture.

Harris often speaks of her Indian grandfather, a career civil servant and a powerful formative influence.

"We would go back to India like every other year," Harris said of her childhood in a video posted on Twitter last September, when she was still running against Biden for the Democratic presidential nomination. Describing her grandfather as a "defender" of freedom in India, she recounted how she would join him on morning walks with his friends and listen to them talk about democracy and civil rights -- how people should be "treated equally, regardless of where they were born or the circumstances of their birth."

"Those walks along the beach in India really planted something in my mind and created a commitment in me -- before I even realized it -- that has led me to where I am today," Harris said.

Those lessons have arguably influenced some of Harris' political positions.

Last year, she urged the U.S. Department of Homeland Security not to revoke employment authorization for spouses of H1-B visa holders -- many of whom hail from India. She is also an outspoken advocate for "Dreamers," or immigrants who were brought to the U.S. illegally as children.

Harris, who served as California's attorney general for six years before entering the Senate in 2017, remains a relative newcomer to politics. After a wave of initial excitement, her presidential campaign against Biden and a crowded Democratic field fizzled quickly, prompting her to quit the race in December due to a lack of funding.

In recent weeks, however, Harris was seen as one of Biden's most likely picks for vice president, alongside another Black woman, former national security adviser Susan Rice. The 77-year-old Biden had pledged to pick a female running mate. And after the police killing of George Floyd earlier this year sparked protests across the country, many argued he should choose an African American. 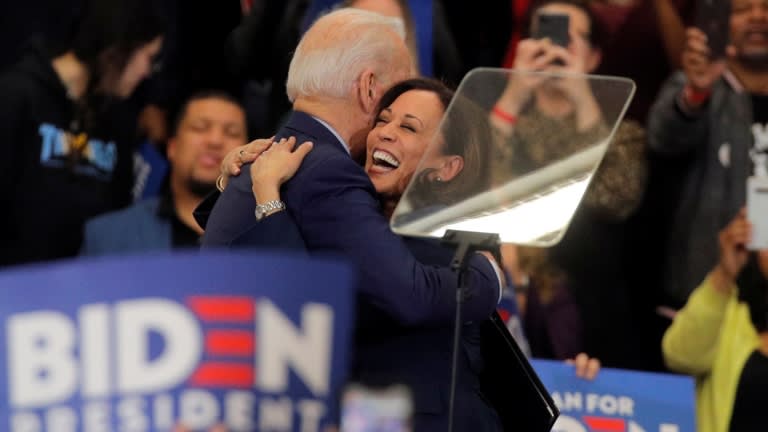 Democratic U.S. presidential candidate Joe Biden and Harris embrace at a campaign stop in March, before her selection as his running mate.   © Reuters

Indian Americans are a small but growing constituency in U.S. politics. A Pew Research Center analysis found 1.86 million eligible voters of Indian origin in 2018, behind only Chinese and Filipinos among voters of Asian descent.

Pew also cites research showing that Indian Americans overwhelmingly lean toward the Democrats, with 50% identifying with the party versus only 18% calling themselves Republicans.

Harris' heritage does not resonate with all Indians living in the U.S., and their support may not be automatic. "I don't think she identifies herself much as Indian," said Chicago-based psychotherapist Swati Bajpai.

But Zishan Haider, an editor based in New Delhi, disagreed. "She is the best bet" for the Democratic ticket, Haider said. "With Harris as VP candidate, the Democratic Party can, to some extent, retain its large Indian support base as well as attract voters [with] African [roots]."

For many, Harris embodies the aspirations of more than one marginalized group.

"This is a historical, transformational, and proud moment for all women," Bollywood-turned-Hollywood actress Priyanka Chopra tweeted after Harris was selected. "All women of color, all Black women, and all South Asian women."