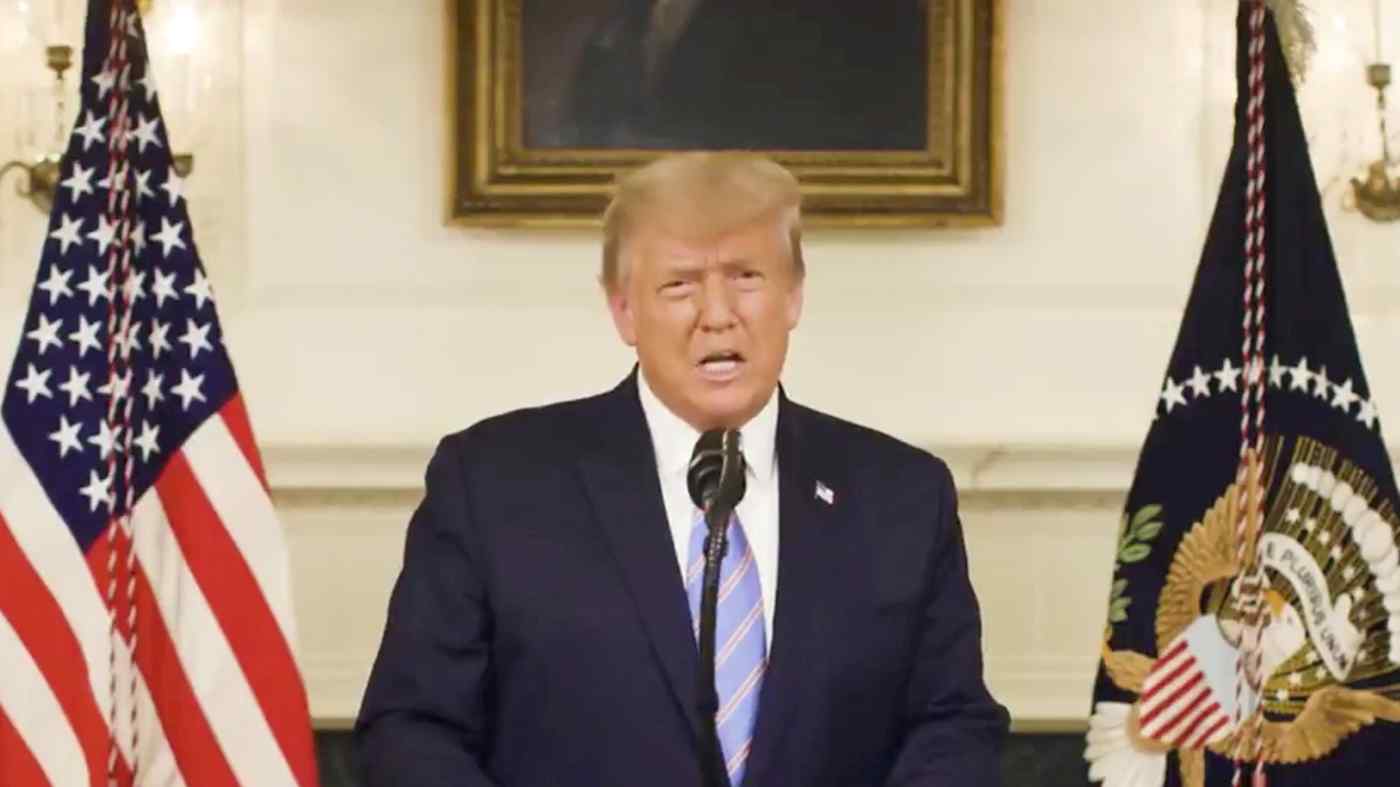 U.S. President Donald Trump on Thursday posted a video of a short speech on Twitter, a day after a mob of his supporters stormed the nation's Capitol. "My focus now turns to ensuring a smooth, orderly and seamless transition of power," the president said. "This moment calls for healing and reconciliation." The following is an unedited transcript of his remarks.

I'd like to begin by addressing the heinous attack on the United States Capitol. Like all Americans, I am outraged by the violence, lawlessness and mayhem.