Trump faces loss of pensions and perks if removed from office 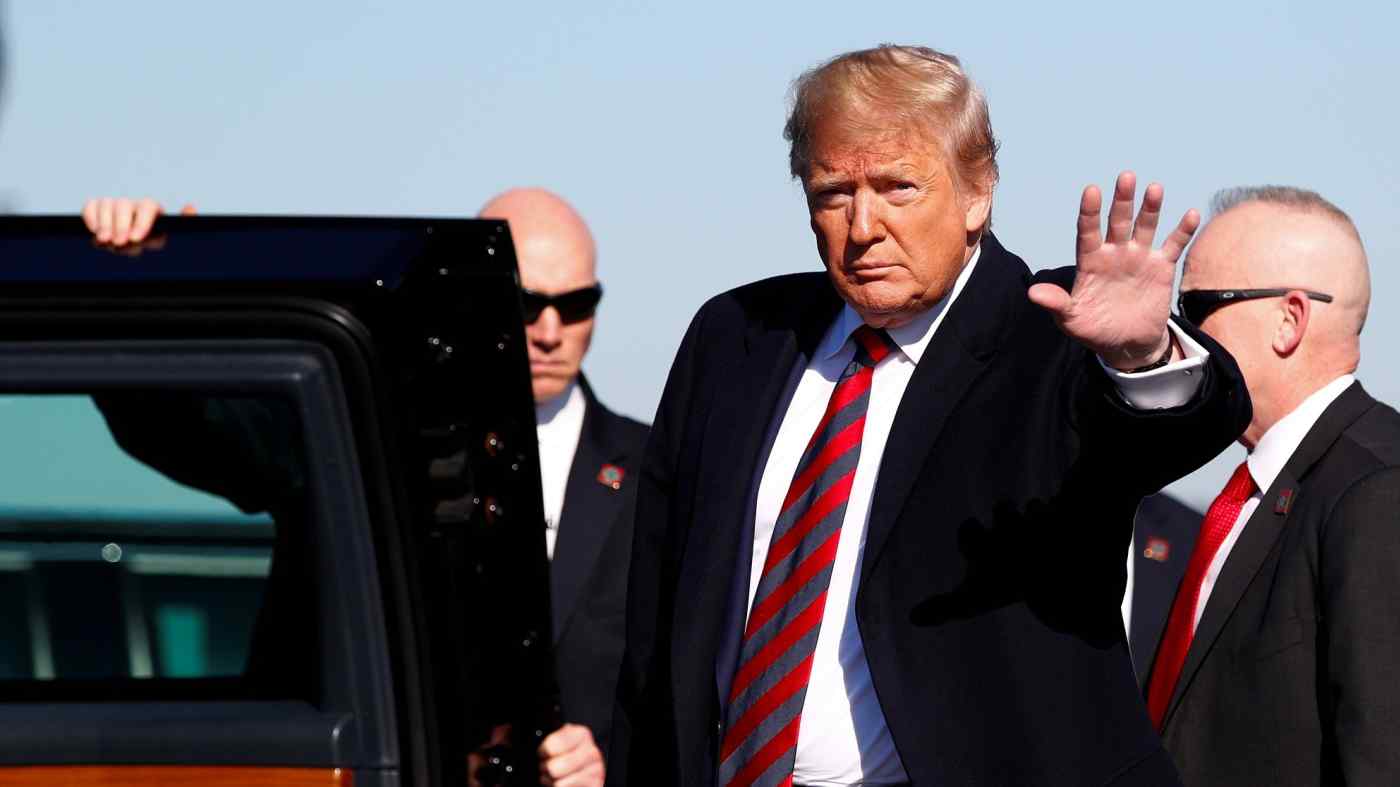 U.S. President Donald Trump waves before entering the so-called Beast presidential limousine at Tuscaloosa Regional Airport in Alabama. A former president is entitled to up to $1 million a year in travel and security expenses if he does not already have lifetime Secret Service protection.   © Reuters
KEN MORIYASU and TSUYOSHI NAGASAWA, Nikkei staff writersJanuary 12, 2021 07:43 JST | North America
CopyCopied

NEW YORK/WASHINGTON -- U.S. President Donald Trump risks losing benefits a former president is entitled to, including a lifetime pension and up to $1 million per year for security and travel, if he is removed from office by impeachment.

Trump may also be disqualified from running for office again. An impeachment trial would also put all members of Congress on the spot over where they stand on the Jan. 6 riot by Trump supporters at the Capitol.