Doctor skirts questions over president's prior oxygen use 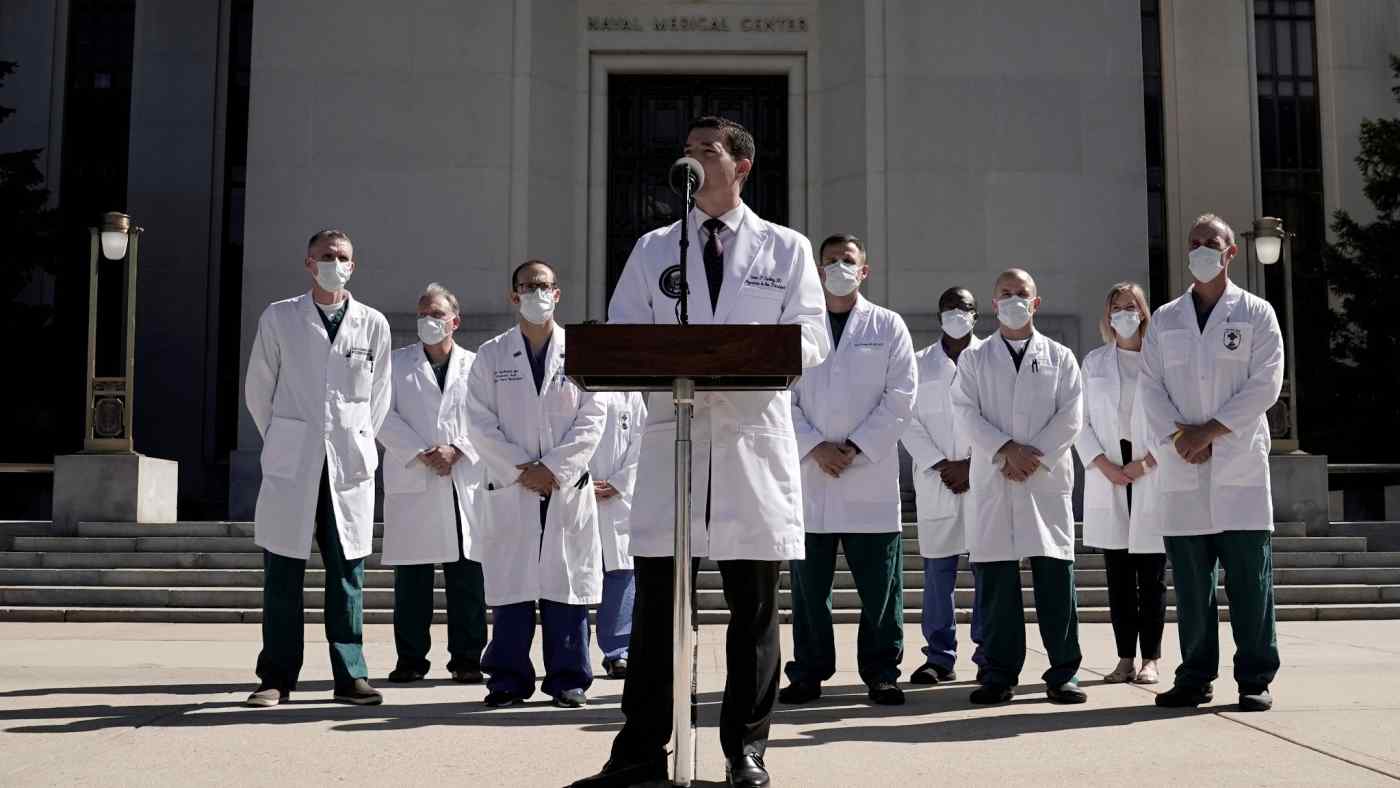 WASHINGTON -- U.S. President Donald Trump "is doing very well," his physician Dr. Sean Conley said Saturday in a news conference that raised questions to some on when Trump knew he was COVID-19 positive and what his condition was.

"The team and I are extremely happy with the progress that the president has made," Conley said outside Walter Reed National Military Medical Center near Washington.

Conley said the president was not currently receiving oxygen as part of his treatment, but the doctor dodged a question on whether he had received oxygen before being admitted. He also said Trump was "just 72 hours into the diagnosis now," which appeared to indicate the president was known to be COVID-19 positive on Wednesday, about a day before he went public with the news.

A person familiar with the president's health -- reported by The New York Times to be White House chief of staff Mark Meadows --said his "vitals over the last 24 hours were very concerning and the next 48 hours will be critical in terms of his care."

"We're still not on a clear path to a full recovery," this person said.

The president later posted on Twitter a message of appreciation to the staff at "Walter Reed Medical Center, and others from likewise incredible institutions who have joined them."

"With their help, I am feeling well!" the tweet said. 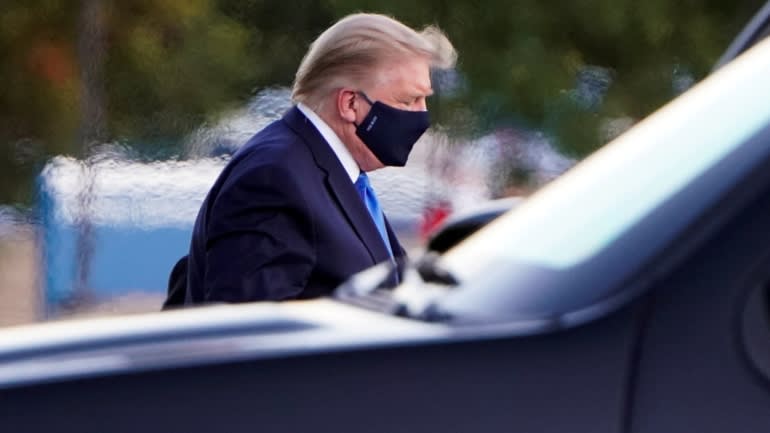 U.S. President Donald Trump arrives Oct. 2 at Walter Reed National Military Medical Center, where he will be staying "for the next few days," after testing positive for COVID-19.   © Reuters

Less than two weeks ago, Trump slammed China at the United Nations for not halting outbound flights at the outset of the coronavirus outbreak, saying it infected the world. He also blamed the country and the World Health Organization, which he said "is virtually controlled by China," for declaring that there was no evidence of human-to-human transmission.

Japanese Prime Minister Yoshihide Suga said he was praying for the Trumps' recovery in a Twitter post, as did his predecessor Shinzo Abe, known for his close relationship with the U.S. president.

How Trump became infected with just a month until the Nov. 3 election day remains unclear. But some observers point to the possibility of a cluster of infections at a Sept. 26 event at the White House, where the president introduced Amy Coney Barrett, his nominee to replace the late Supreme Court justice Ruth Bader Ginsburg, to lawmakers and staff.

At least six people, including two senators, who attended this event have since tested positive for COVID-19, according to media reports. Republican senators Mike Lee of Utah and Thom Tillis of North Carolina said Friday they are COVID positive.

In addition, three members of the White House press corps have been infected. Many of the attendees, including the president, were not wearing masks nor maintaining social distancing.

Conley declined to speculate on when and where Trump may have been infected.

Asked why Trump had been admitted to the hospital when his heart rate vital signs were described as normal, Conley said: "Because he's the president of the United States."

White House press secretary Kayleigh McEnany said Friday afternoon that Trump, 74, would be hospitalized for the next few days.

A mask-wearing Trump later walked to his presidential helicopter, giving a thumbs-up to the press corps, and flew to Walter Reed in Bethesda, Maryland.

"I think I'm doing very well, but we're going to make sure that things work out," Trump said in a brief video posted to Twitter.

Melania, who has also tested positive for COVID-19, has not been admitted to hospital because her condition does not warrant it, Conley said.