Trump vs. Biden: Five things we learned from first debate 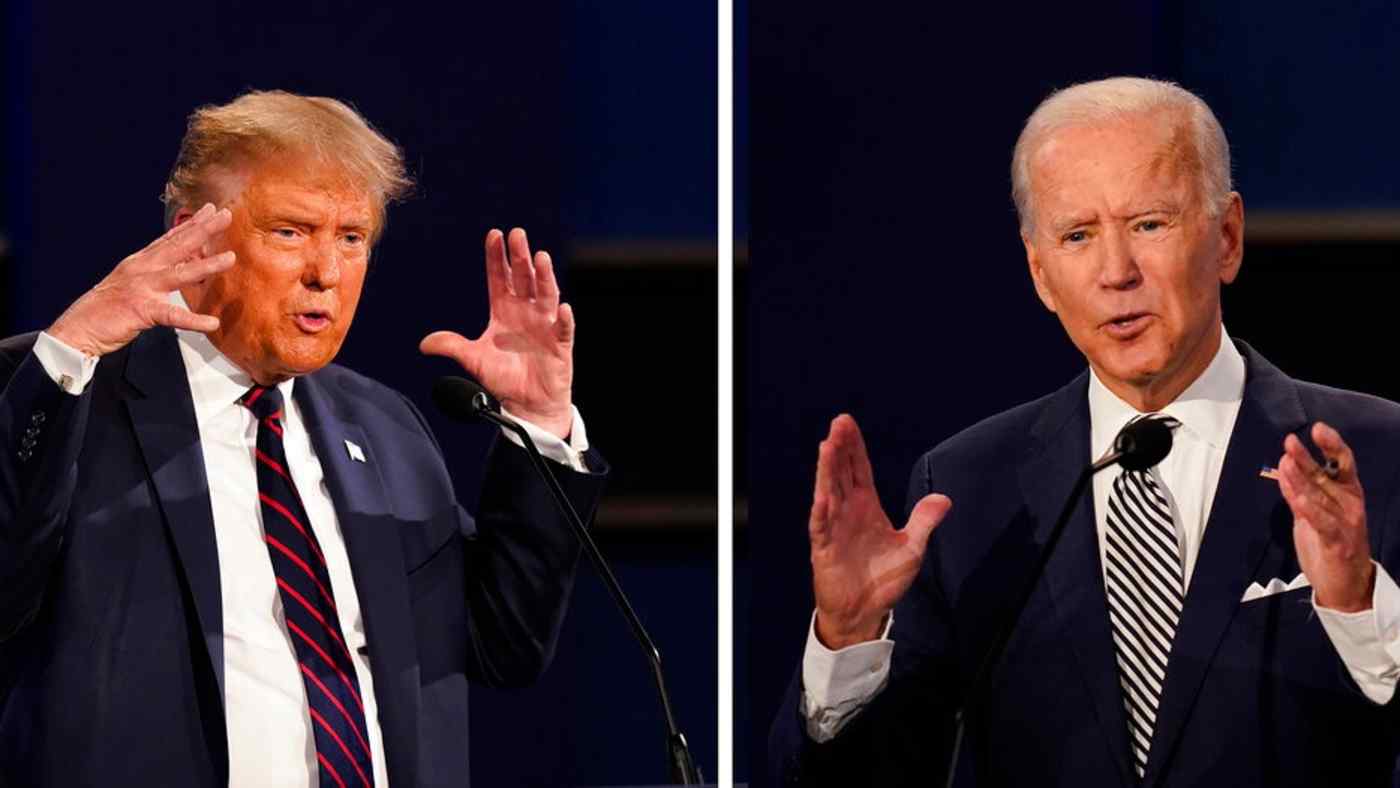 NEW YORK -- In a heated shouting match that lasted an hour and a half, U.S. President Donald Trump and Democratic challenger Joe Biden faced off in the first presidential debate, trashing each other's record, including their dealings with China.

Biden criticized Trump's trade deal with China, saying it had not reduced the trade deficit as the president had promised.

Trump also claimed that Biden was opposed to his travel ban on China in the early days of the coronavirus pandemic, although it was "heavily infected." Donald Trump refused to condemn white supremacists and to promise not to try to cut short vote-counting with a preemptive claim of victory in the election.   © AP

Trump and Biden butted heads over the economy, with Trump saying "everything was good," before the "China plague" hit the U.S., and he was presiding over a historic economic run.

Biden argued that Trump inherited a good economy that he then squandered.

Biden said his economic plan would create an additional $1 trillion of economic growth "because it would be about 'buy American.'"

Trump cast doubt upon the results of the election, especially in regard to mail-in ballots, which are already being accepted. The ballots are to be counted after the election takes place on Nov. 3.

"We might not know for months" what the outcome of the election will be, the president said.

When asked if he would be expecting the Supreme Court, including his latest nominee, Amy Coney Barrett, to settle any disputes that arise over mail-in ballots, Trump replied in the affirmative. "I'm counting on them to look at the ballots, definitely," he said. "I hope we don't need them in terms of the election itself. But for the ballots, I think so."

When asked by moderator Chris Wallace whether they will promise not to make a preemptive claim of victory while votes are still being counted, Biden said yes. Trump refused to say so. Joe Biden spent the night responding to attacks and going on the attack, at one point coming down hard on the matter of his opponent's tax filings.   © AP

Days after a bombshell report from The New York Times alleging Trump, a self-proclaimed billionaire, paid $750 in income tax in 2016 and 2017 -- the years he got elected and entered the White House -- the president was asked how much he had paid in federal taxes in those specific years.

"Millions of dollars," Trump said, at which point Biden asked him to "show us your returns."

Trump, who claims that his accounts are under audit by the Internal Revenue Service, replied, "As soon as it's finished, you'll see it."

Moreover, Trump claimed that before he was a politician, he was a property developer, and did not want to pay any taxes. He then noted that Biden made the tax laws that he took advantage of.

"Will you shut up, man?" Biden asked Trump at one point in the debate that continued with bitter insults and name-calling. "Just shush for a bit, will you? ... It's hard to get any word in with this clown."

The president targeted Biden's son Hunter, who was discharged from the U.S. Navy for drug use and also given a salaried position on the board of a Ukrainian energy company despite not having any relevant qualifications.

When Wallace asked "Why should voters elect you president?" Biden turned it around to criticize Trump.

Meanwhile, Biden managed to force Trump in a corner, asking the president to condemn white supremacist groups, which he refused to do.

"This is a president who has used everything as a dog whistle to try to generate racist hatred, racist division," Biden said.