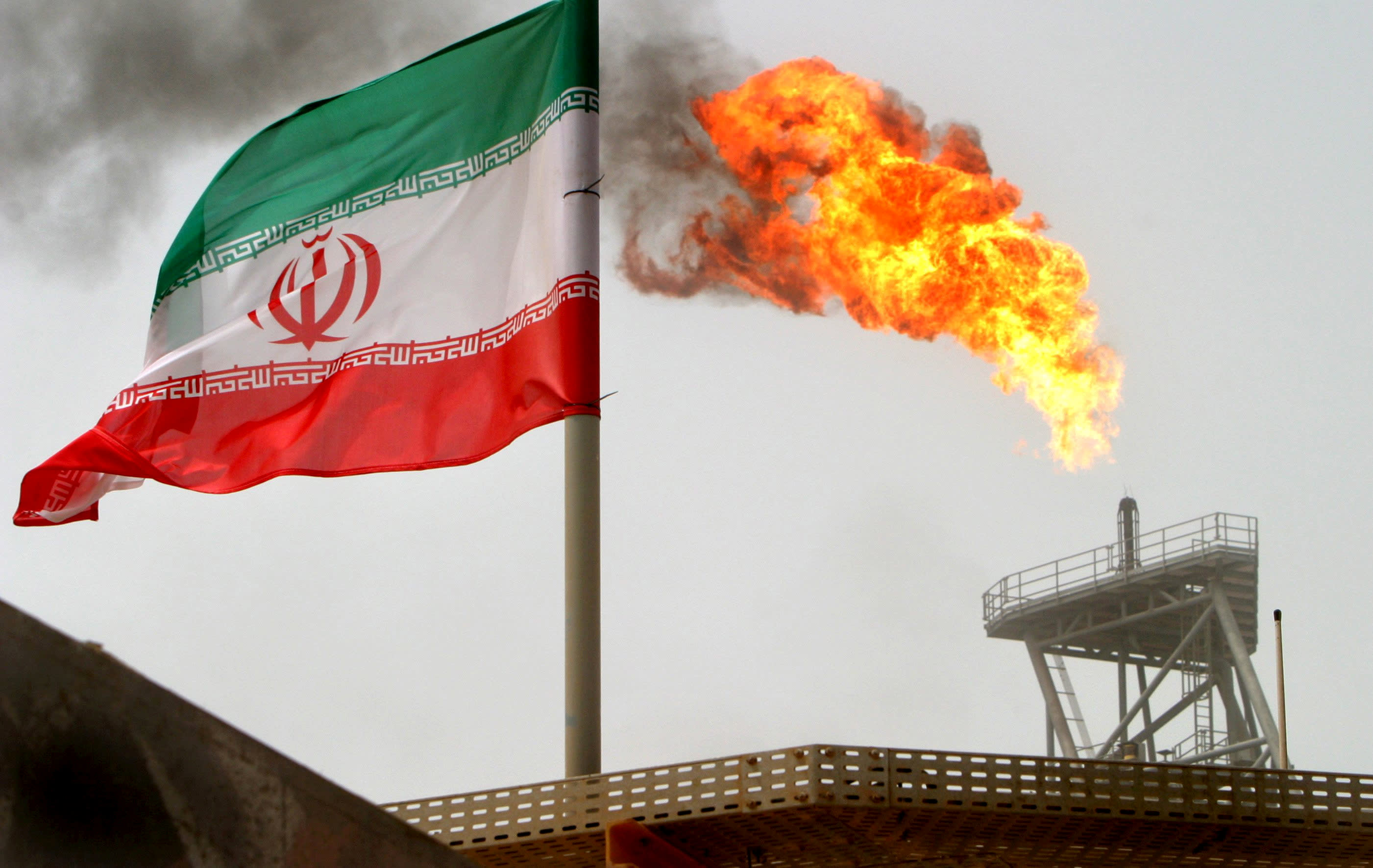 TOKYO -- U.S. President Donald Trump's announcement on Tuesday that his country will withdraw from a nuclear agreement with Iran has triggered expectations for a surge in oil prices. Concerns are emerging that reimposing economic sanctions on Iran will hamper the Middle Eastern country's exports of crude, causing a supply shortage.

The Brent crude futures price touched the highest level since November 2014 on Wednesday, at $77.20 a barrel. Prices could rise further if major Asian consumers like China, India and Japan rush to procure supplies from alternative producers, potentially creating a head wind for the region's economies.

The aim of the U.S. sanctions is to restrict Iran's crude oil exports, a pillar of the nation's income. The U.S. National Defense Authorization Act, which took effect in late 2011, makes it effectively impossible for foreign financial institutions that deal with the Iranian central bank to do business with U.S. financial institutions.

Foreign countries will likely be asked to reduce imports of crude oil from Iran if they want their financial institutions to be exempt from the law. Sanctions related to crude-oil transactions will not come into effect for 180 days, or until early November.

"Sanctions will have a strong impact on China and India," said Takayuki Nogami, chief economist at Japan Oil, Gas and Metals National Corp.

Iran currently ships just over 2 million barrels of oil a day. According to the U.S. Energy Information Administration, China was the biggest importer of Iranian crude, including condensate, in 2017, buying 24% of Iran's oil exports, followed by India (18%) and South Korea (14%).

Fearing the U.S. financial sanctions, these buyers may cut their imports.

Many analysts expect the U.S. action to also affect the development of oil fields in Iran by China and others. Iran is holding auctions for foreign companies in a bid to spur oil field development, which has been slow. Major European resources companies, as well as China National Petroleum Corp., among others, are considering investing in the project. The resumption of sanctions is likely to stall further oil field exploration in Iran. Even after sanctions were lifted in January 2016, Japan limited crude oil imports from the country. In 2017, Iranian crude made up 5% of Japan's total imports.

Iran is now the fifth-largest crude exporter to Japan, behind Saudi Arabia, the United Arab Emirates, Kuwait and Qatar.

Imports plunged in the wake of the previous round of U.S. and European sanctions, although imports recovered slightly after the sanctions were lifted. Still, Japan's crude imports from Iran remain only a third of what they were 10 years ago.

The lifting of the sanctions in 2016 based on the nuclear deal spurred crude exports from Iran by around 1 million barrels per day.

This time, European nations will not go along with the U.S. plan to reinstate sanctions.

Although the impact will be limited compared with the last time sanctions were imposed, even a decline of 500,000 or so barrels a day "would make supply shortages evident," said Tatsufumi Okoshi, senior economist at Nomura Securities.

Okoshi speculated that oil prices "are likely to remain high, with benchmark West Texas Intermediate possibly rising to the higher $70 a barrel range."

Global economic growth has led to increased demand for oil, while production in several major countries, such as Venezuela, has significantly declined, said Prof. Brenda Shaffer, Center for Eurasian, Russian and Eastern European Studies at Georgetown University. She added that the latest U.S. data signal that the economy is growing at a healthy clip, "and with that goes the demand for oil."

"A vastly tightened global oil market that now has little excess in supply," she said.

While the U.S. continues to expand its production of shale oil, the volume is not large enough to immediately cover the shortfall of supply from Iran.

The focus is on whether the OPEC oil-rich nations, which are united on output cuts, will readily increase supplies.

On Tuesday, Saudi Arabia's Ministry of Energy, Industry and Mineral Resources said it would "work with major producers within and outside OPEC as well as major consumers to mitigate the impact of any potential supply shortages," according to a report by the state-run Saudi Press Agency.