US eyes FTA with Japan as economic talks kick off 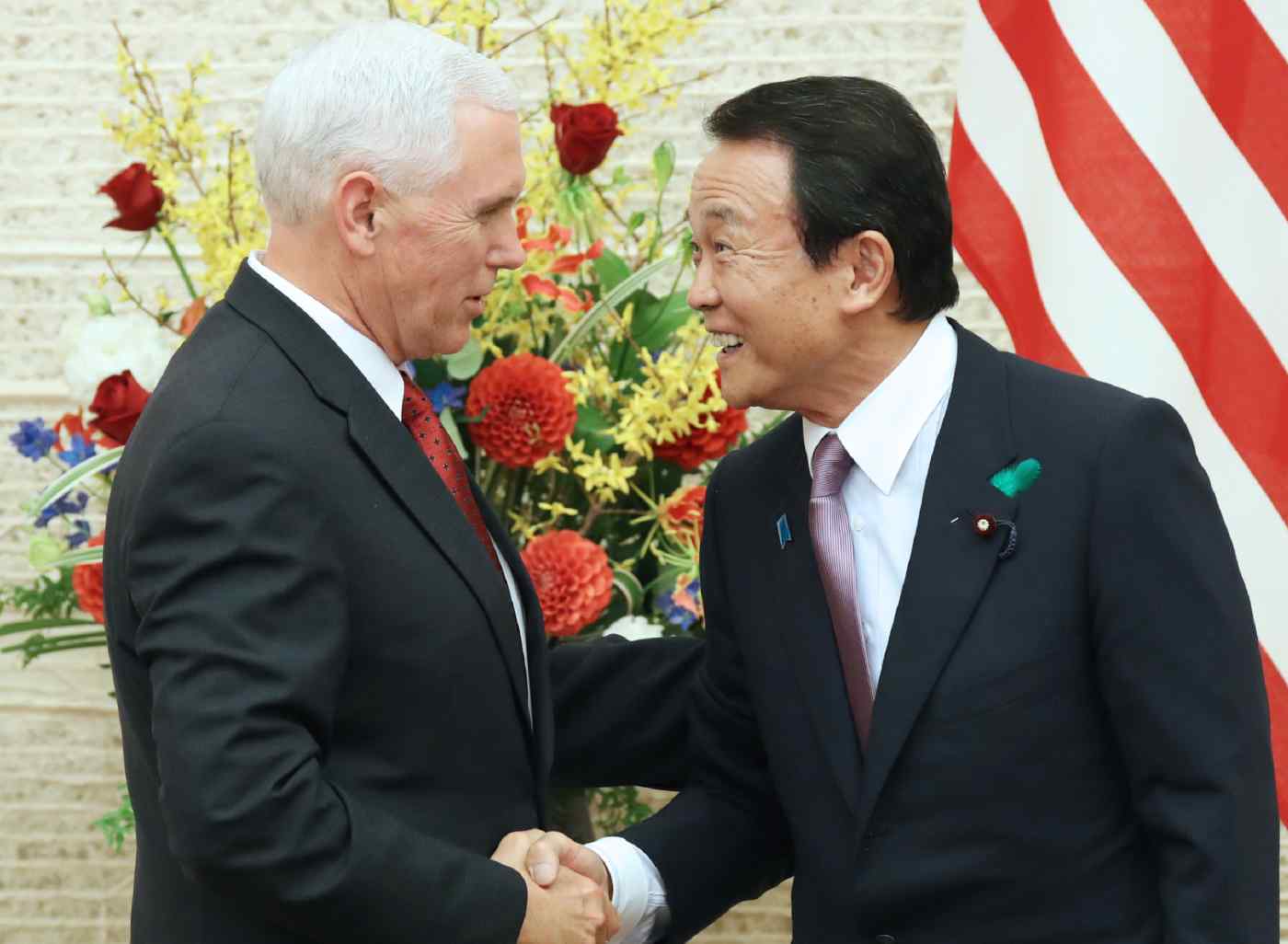 TOKYO -- Japan and the U.S. kicked off high-level bilateral economic talks in Tokyo on Tuesday, with U.S. Vice President Mike Pence, who co-chaired the meeting along with Japanese Deputy Prime Minister and Finance Minister Taro Aso, expressing hope for a future bilateral trade pact with Japan.

"At some point in the future, there may be a decision made between our two nations to take what we have learned in this dialogue and commence formal negotiations for a free trade agreement," Pence told the press after the meeting.