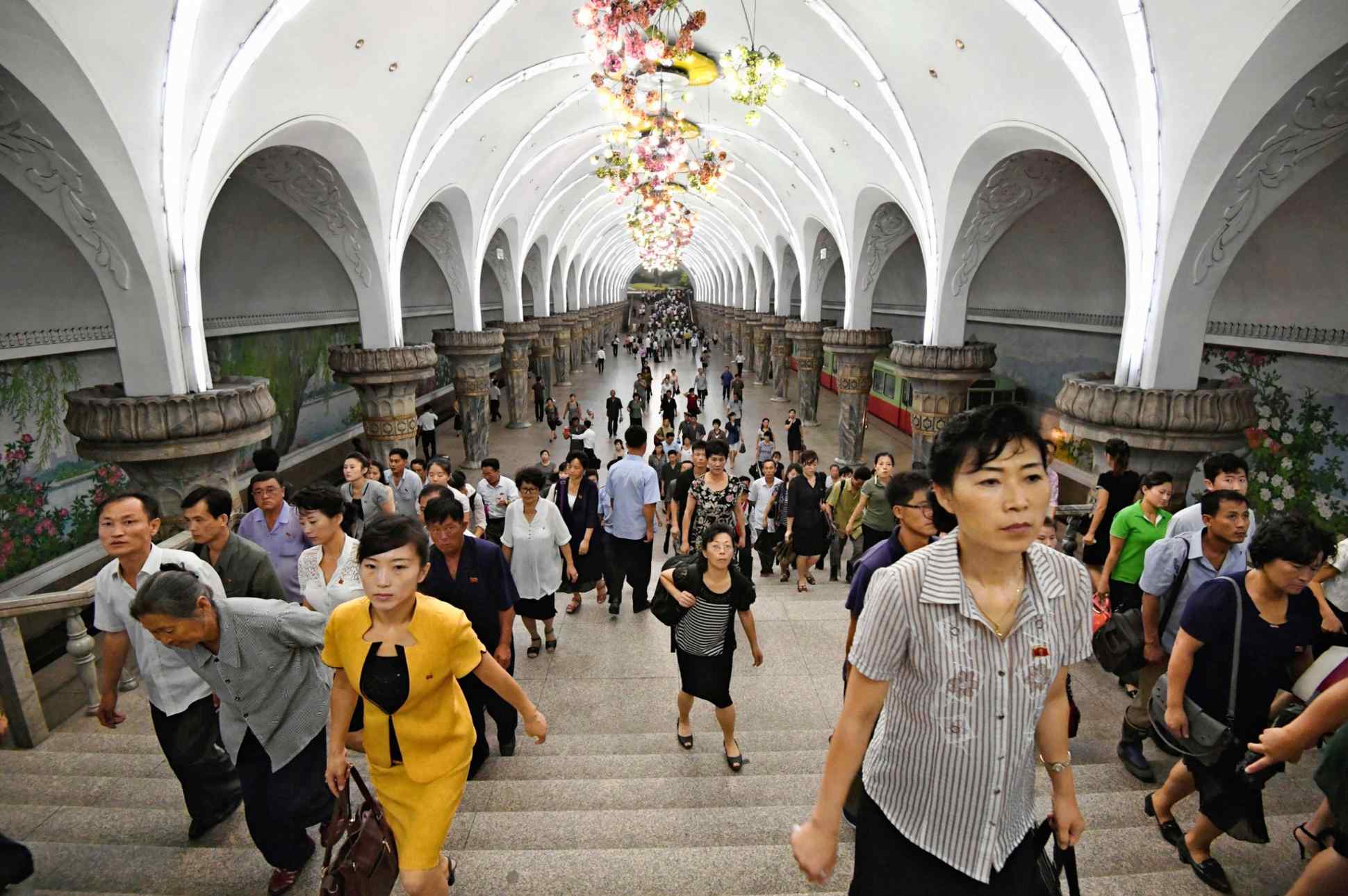 Commuters at a subway station in the North Korean capital of Pyongyang this August.   © Kyodo
Politics

New sanctions would put even more hurt on Pyongyang

NEW YORK/SEOUL -- From an oil embargo to a travel ban on leader Kim Jong Un, the U.S. has proposed harsh and comprehensive new United Nations sanctions as it seeks the toughest possible measures against North Korea for its continued nuclear and missile development.

Washington is aiming for a Security Council resolution vote this coming Monday. The new sanctions, which include an embargo on crude oil, petroleum products and liquefied natural gas, would cut off the supply of fuel to not only North Korea's military and government, but also the country as a whole.

China is believed to send an annual 500,000 tons or so of crude to North Korea via pipeline. The North processes it into gasoline, petroleum and other products around the border city of Sinuiju for national distribution. Activity at these refinery facilities would help gauge whether Beijing is still complying with an embargo, experts say.

Cutting off North Korea's oil supply would first and foremost impact its military. The country is already said to face such a severe fuel shortage that it cannot conduct exercises that use its jets. The military is said to possess a roughly one-year reserve, but a protracted embargo could put a significant dent in the stockpile. Civilian factories could be affected as well.

In addition to existing bans on North Korean mineral exports, the U.S. proposes new sanctions on apparel -- one of the few sources of income Pyongyang has left. Much of the clothing is made from Chinese textiles for export, and the production process is managed mainly by Chinese companies as well. The North exported $726 million of clothing in 2016, making it its biggest export after coal, according to the South's Korea Trade-Investment Promotion Agency.

In an Aug. 5 resolution, the Security Council banned countries from increasing the total number of North Korean laborers working inside their borders. The U.S. now hopes to go a step further by requiring U.N. members to send current workers home.

Up to 147,600 North Koreans work overseas, the South's government-funded Korea Institute for National Unification estimates. About 80,000 work in China, mainly at factories, while another 53,000 are in Russia, usually in construction. Those in Russia are said to keep less than $2,000 of their annual income after paying about $7,000 to the North Korean government. Combined, the overseas laborers are believed to generate more than $1 billion a year in income for Pyongyang.

The U.S. is also looking to allow the inspection of designated North Korean cargo ships in open waters, as well as to stop illicit coal exports from the North Korean port of Rajin, in which Russia is said to be involved.

Kim himself is targeted by a proposed travel ban and asset freeze. The effectiveness of such measures is unclear, since he has not traveled overseas since taking power in late 2011 and his personal assets are largely unknown. But they would demonstrate the world's commitment to containing the North Korean threat.

With the scheduled vote Monday, the U.S. has put a time limit on negotiations. But the terms of the sanctions remain subject to change, depending on the responses of China and Russia. Both of these permanent members of the Security Council have the power to veto a resolution. But if they abstain, the measure could pass with at least nine votes on the 15-member council.