US warns Israel its China deals are risk to intelligence sharing 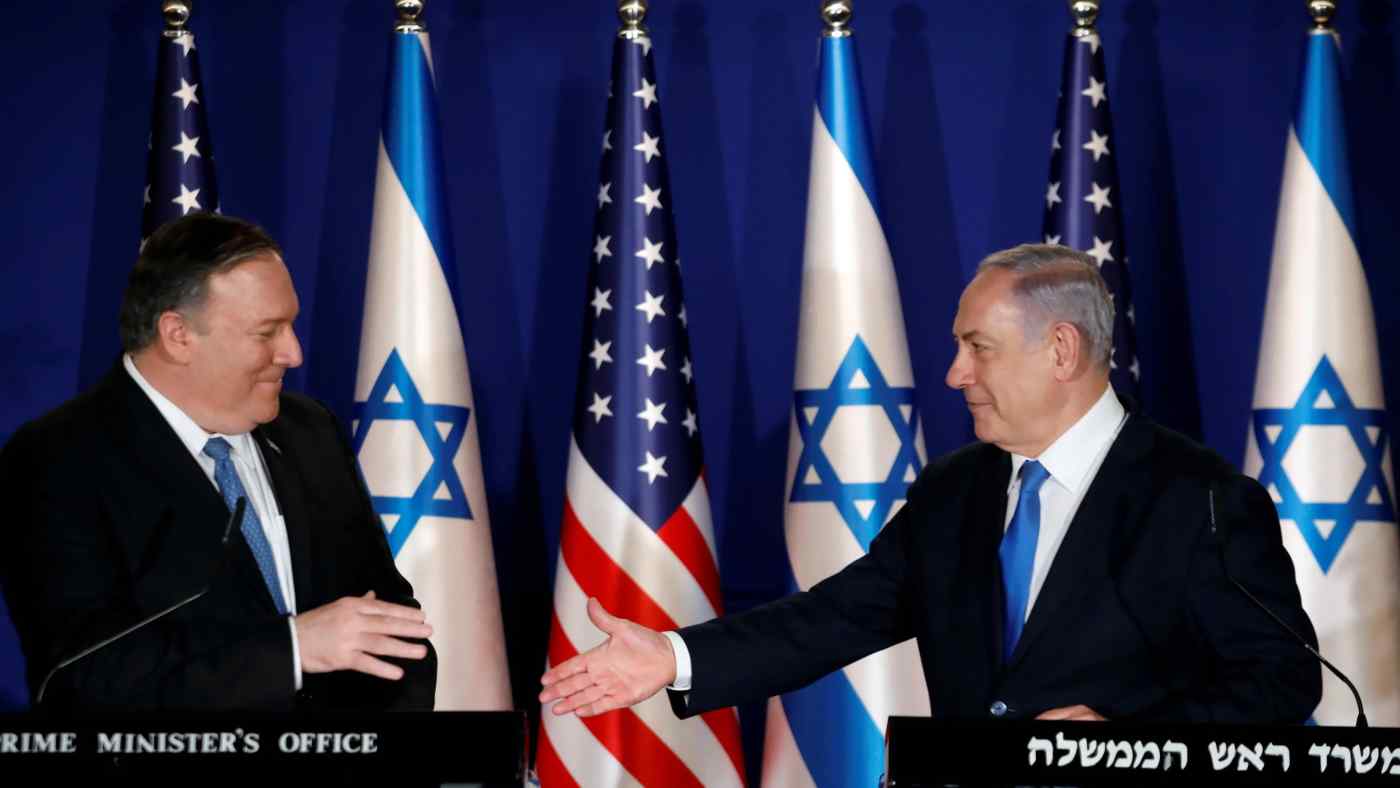 NEW YORK -- U.S. Secretary of State Mike Pompeo said Thursday that Israel risks losing security cooperation with Washington if it does not limit its ties with China, as American concerns about Jerusalem's relationship with Beijing grow.

"I want to make sure that every country is wide-eyed and awake with respect to the threats that are posed by China and then make sure they understand as well America will have to make decisions too," Pompeo said in an interview with Israel's Channel 13 during a visit to Jerusalem that was published by the State Department.

In recent years, China has won a number of government contracts in Israel, including a $2 billion deal that would give it control of the Port of Haifa, where the U.S. Navy operates. The Israeli government opened a review into the project in late 2018, a perceived response to mounting pressure from Washington.

Prime Minister Benjamin Netanyahu has also been leading the country to ramp up trade with China, which is now Israel's second-largest commercial partner behind only the U.S.

Pompeo specifically warned of "real risks" posed by Huawei Technologies, whose technology can be used for spying by the Chinese government -- a recurring message he has taken to many of America's allies.

"If certain systems go in certain places," Pompeo said Thursday, it will be "difficult" for the U.S. to work alongside Israel in areas like intelligence sharing and co-location of security facilities.

The U.S. has banned its government from using technology from Chinese companies such as ZTE and Huawei, Huawei has filed suit in response. Some countries, including Japan and New Zealand, have followed Washington's line.

Earlier this week, German Chancellor Angela Merkel pushed back against an outright Huawei ban, saying she does not believe in excluding a company "simply because it's from a certain country."

Netanyahu is expected to visit Washington next week for the annual conference of AIPAC, the largest pro-Israel lobby in the U.S.