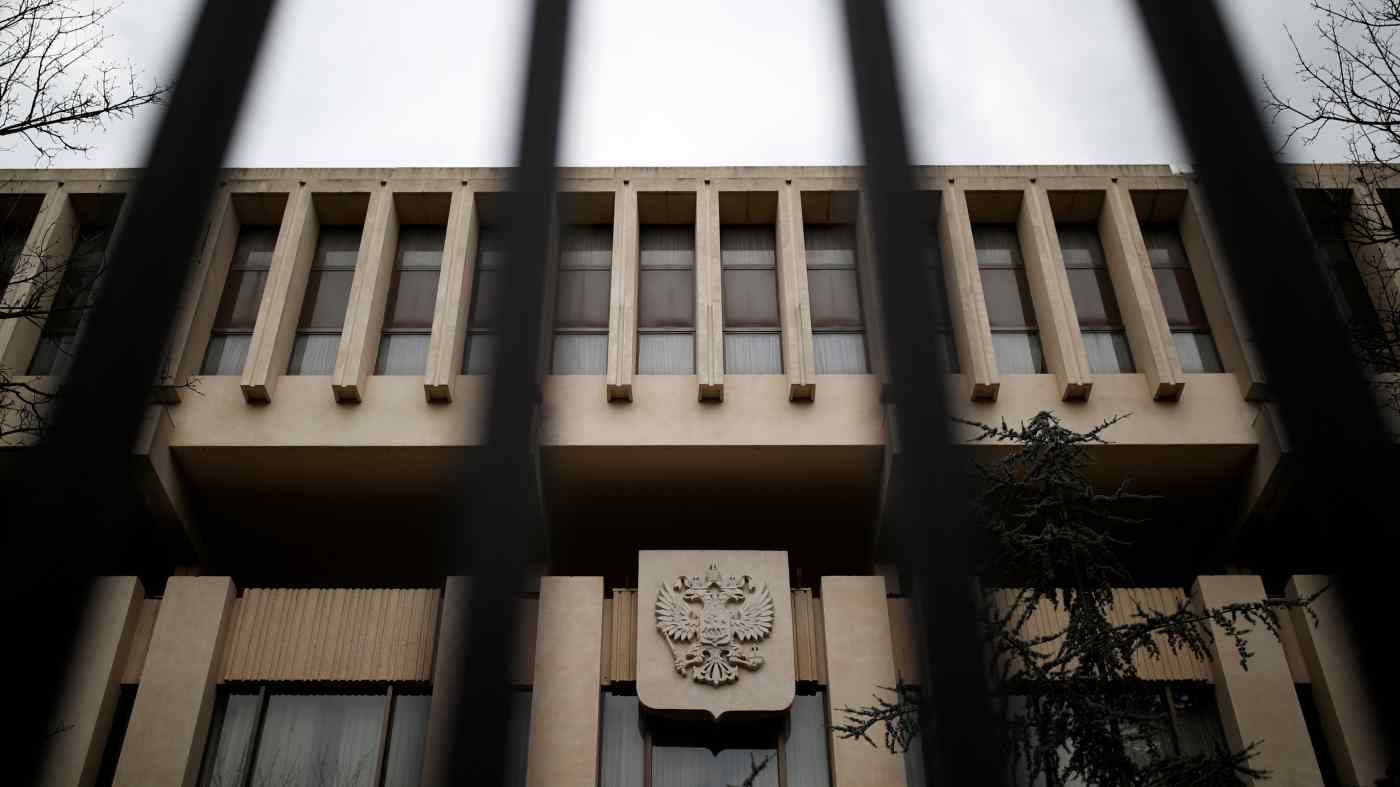 The Russian Embassy in Paris. France is among at least 20 countries that have expelled Russian diplomats since the war in Ukraine began.   © Reuters
HIROSHI ASAHINA, Nikkei staff writerApril 15, 2022 02:15 JST | Russia & Caucasus
CopyCopied

TOKYO -- Over 400 Russian diplomats have been expelled from at least 20 countries over the invasion of Ukraine, as nations in Europe and beyond respond to reports of hundreds of civilian bodies left near Kyiv following a retreat by Russian forces.

In total, 443 diplomats had been or were set to be expelled as of April 8, according to the Ukrainian Ministry of Foreign Affairs. Forty-five were in neighboring Poland, more than in any other country. Slovakia has decided to kick out 38 Russian diplomats, while Slovenia moved to expel 33.